Does This Photograph Show a Man Wearing a 'Make 45 Becomes 46 Again' T-Shirt?

A photograph purportedly showing a man wearing a ridiculous pro-Trump shirt was a digital manipulation. 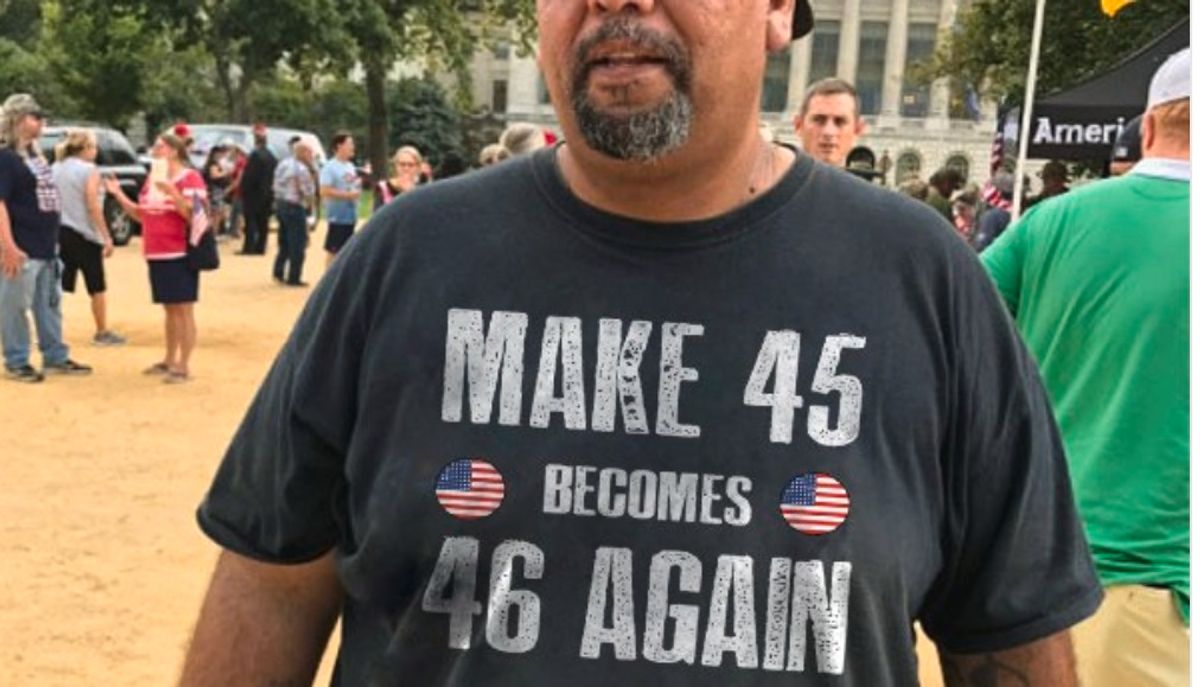 This grammatically confused slogan presumably refers to Donald Trump's being the 45th president and incorrectly assumes that he would become the 46th president if he were to be re-elected. A different meme bearing this image specifically spelled out the "joke" for viewers: This photograph does show a genuine supporter of President Trump's, but the slogan seen on his shirt has been digitally altered.

The original unaltered version of this photograph captured a man at MOAR (the mother of all rallies) in Washington, D.C., on 16 September 2017. The slogan on this person's shirt actually read: "If you don't like Trump then you probably won't like me ... and I'm OK with that": Although this particular image was doctored, the "Make 45 Becomes 46 Again" shirt is a genuine product available for purchase online. In fact, it seems that this faux image was created with the specific intent of selling such t-shirts.

On 28 March 2018, Twitter user Tammy Nixan posted this same image, along with a link to a purchase page for the shirt on TeeSpring.com. Nixan also posted doctored images of Dwayne "The Rock" Johnson and Jason Statham wearing identical shirts.

Here's a look at the doctored images (top) and their genuine counterparts (bottom): Photoshopping logos onto the shirts of celebrities is a tactic employed by some of the less scrupulous online clothing vendors. NFL player Aaron Rodgers, actor Bill Murray, author Hunter S. Thomspon, and actor Dwayne Johnson have all previously been used as unwitting viral billboards.