Is This 'Magic Sword' Really Going Through a Toothpick?

Some TikTok users were baffled by a video clip demonstrating a simple magic trick. 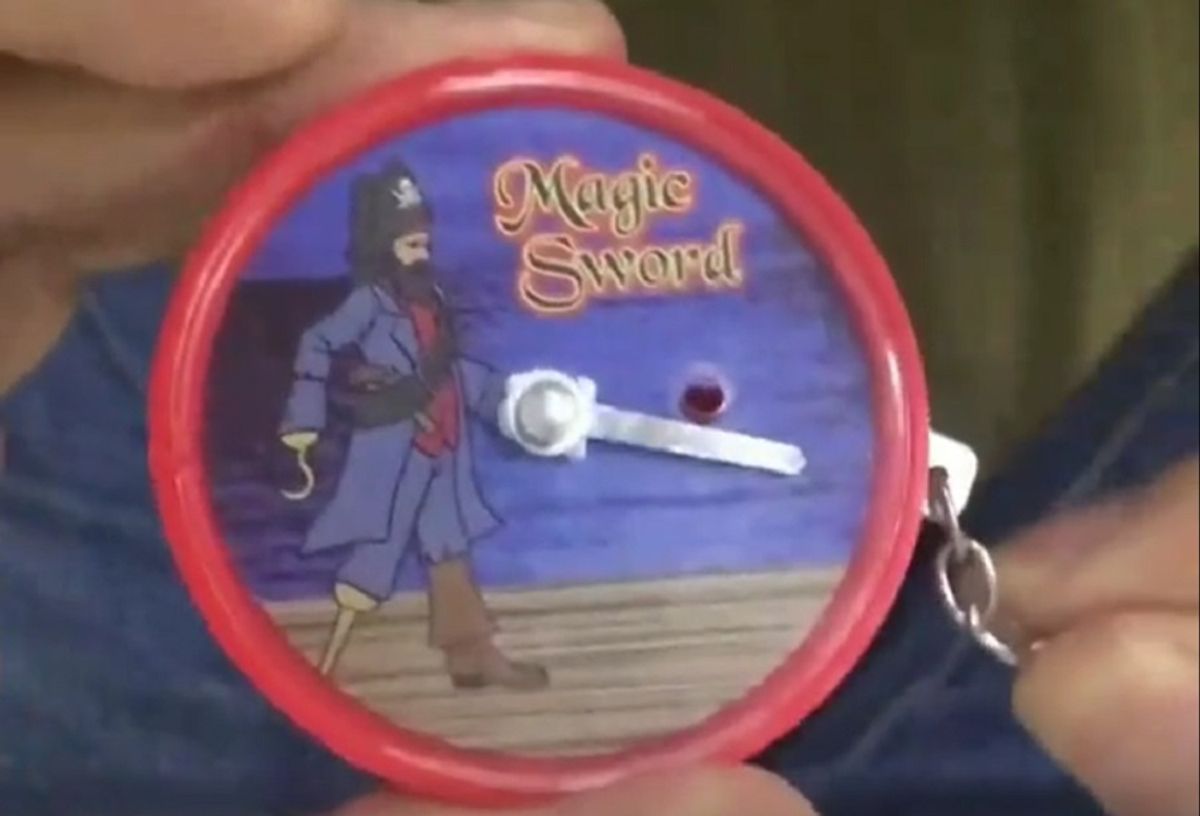 Claim:
A video shows a "magic sword" going through a toothpick.
Rating:

In September 2019, magician Robert Tudor scored a viral hit when he shared a video of his "magic sword" trick on the social media platform TikTok:

The video racked up millions of views as people debated just how the trick was done. Was the video edited? Does the trick actually two swords? Does it involve mirrors? Is this ... well, magic?

This video doesn't show some cutting-edge piece of magical technology, nor does it showcase a pure act of wizardry. This video actually features a common magic prop that has existed in various forms for decades.

Here's how MyMagic.com describes the presentation of the magic trick:

The Magic Sword Optical Illusion is the latest version of a classic illusion where a sword amazingly penetrates a solid object. It can be repeated many times and will still fool you. If you are not familiar with how this works, and most people aren’t, you will be completely amazed as you see the impossible happen.

The overall size is around two-inches round and a half-inch thick. This version is a plastic toy that is very inexpensive and will not last forever. It is not as sturdy as the old metal ones that used to be made. Very easy and self-working.

So how is this 'magic' done? It's difficult to see in the video (which is the key to the trick), but the sword actually rotating in the opposite direction to arrive at the other side of the toothpick without actually passing through it. The sword executes an approximately 350° rotation in the blink of an eye, making it appear that it chops through the toothpick while leaving both the sword and toothpick intact.

Here's a slow-motion YouTube video featuring the same trick as seen in the viral TikTok video: