Reports that a New Jersey woman died after having a maggot-infested weave sewn into her scalp were fake news. 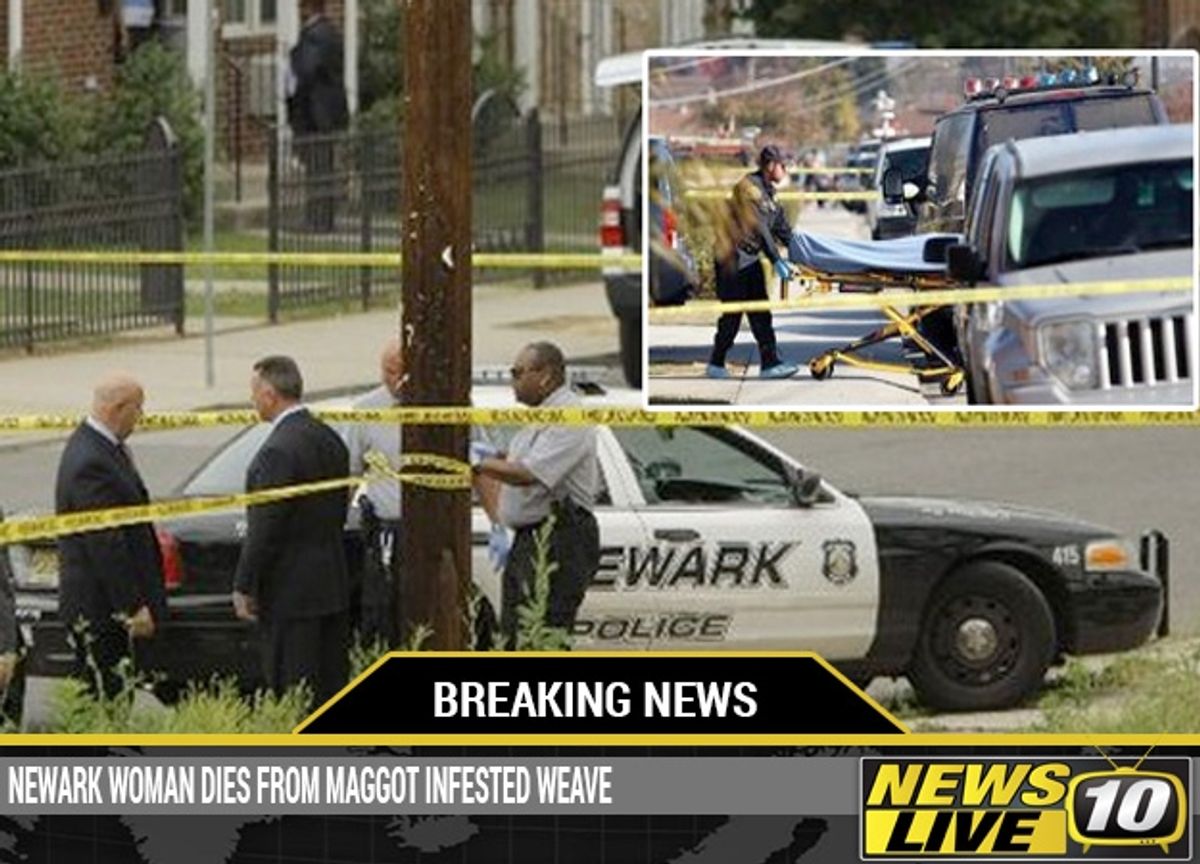 Claim:
Sharonda Banks, 28, of Newark, New Jersey died after a maggot-infested weave was sewn into her scalp.
Rating:

In July 2016, the News10Live.com web site published an article reporting that a woman had died after getting a weave at a hair braiding salon in New Jersey:

A Newark woman died from getting a maggot infested weave sewn into her hair. According to authorities, Banks’ died from an infestation of maggots in her head.

Sharonda Banks, 28, of Newark was found dead in her apartment on the 200 block of S. 17th Street. According to reports, Banks had visited Princess Fatima African Hair Braiding salon on Springfield Avenue three days prior to get her hair done. Banks frequently used the hair salon for years without any prior incidents.

The story was completely fabricated. News 10 Live is one of a growing number of fake news web sites that publish "clickbait" fake news articles to generate ad revenue via the Internet. A note on the site's disclaimer page states (however ungrammatically):

News10Live is a news platform covering major current events. Most of these events are truthful in nature while some may content [sic] satire.

The article text was copied almost word-for-word from another fake news site, EmpireHerald.com, where it had been posted approximately five months earlier.

The maggot-infested weave tale is essentially a rehash of an urban legend that has circulated online and off for decades.