Is this Teenager in Danger?

A Georgia teenager's claims in a two-year-old video have long since been denied, but they continue to spread and inconvenience local police. 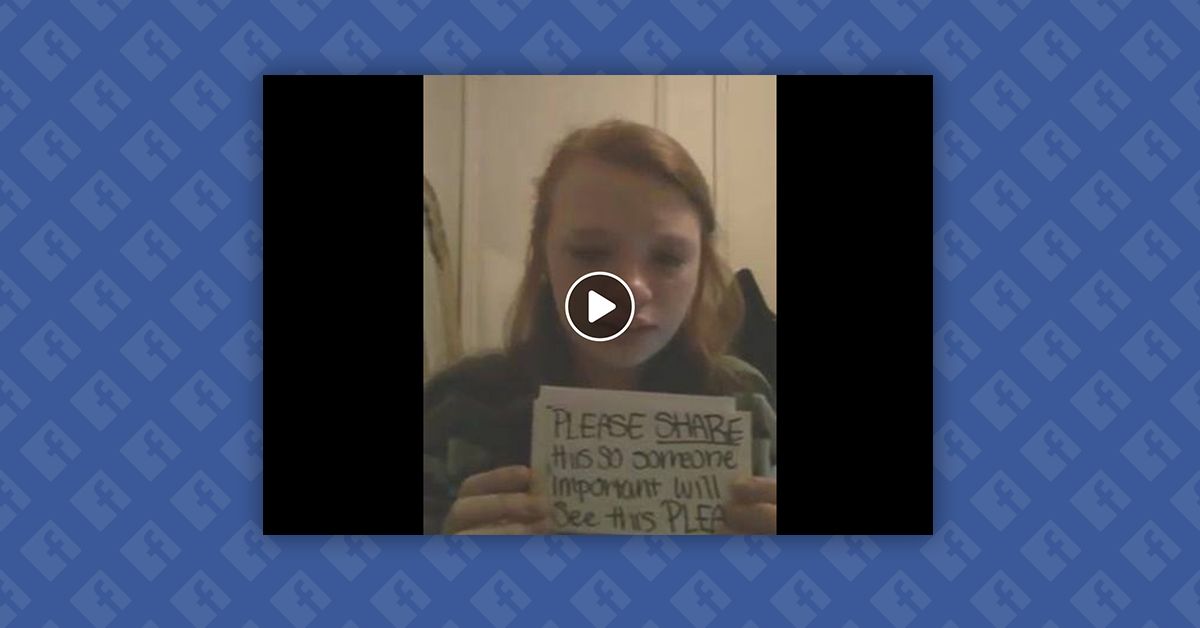 In late January 2018, several readers asked about a disturbing Facebook video showing a teenage girl displaying a series of cards alleging that a Georgia judge placed her with an abusive parent. The teenager, Maddie Kelley, claims that her mother had beaten her badly enough to cause bruises and had hit her head against the wall.

The video in question was originally shared to the Facebook page "Concerned citizens against Judge Grubbs Cobb County GA" in January 2016; the reasons for its renewed popularity in January 2018 are unclear:

This judge put me back with my mom Tha abuses me

Some commenters posted screenshots of what appeared to be a deleted post originally shared by the Adairsville Police Department in January 2016, saying that the child welfare officials and police had found the claims to be unsubstantiated: On 25 January 2018, the Adairsville Police Department's official page responded to comments from one of many people still concerned about Maddie Kelley's welfare:

A court in Cobb County, Georgia found that Mathew Kelley, the child's father, had encouraged Maddie to post the video, which he later said was "absolutely ... a lie." The court also found that he had violated court-ordered parenting agreements in part by "aiding and encouraging" false allegations about Maddie's mother, Dawn Kelley, to spread online.

We contacted the Adairsville Police Department to ask whether there were any further updates, and they responded:

We appreciate your concern for the welfare of a child. The post everyone is concerned about is actually from 2 years ago. The allegations were unfounded at that time. Hope this can ease your mind about this. Thank you.