No, French President Macron's Security Detail Did Not Quit Over COVID-19 Rules

Right-wing American sources seized upon baseless claims made by a French politician, in July 2021. 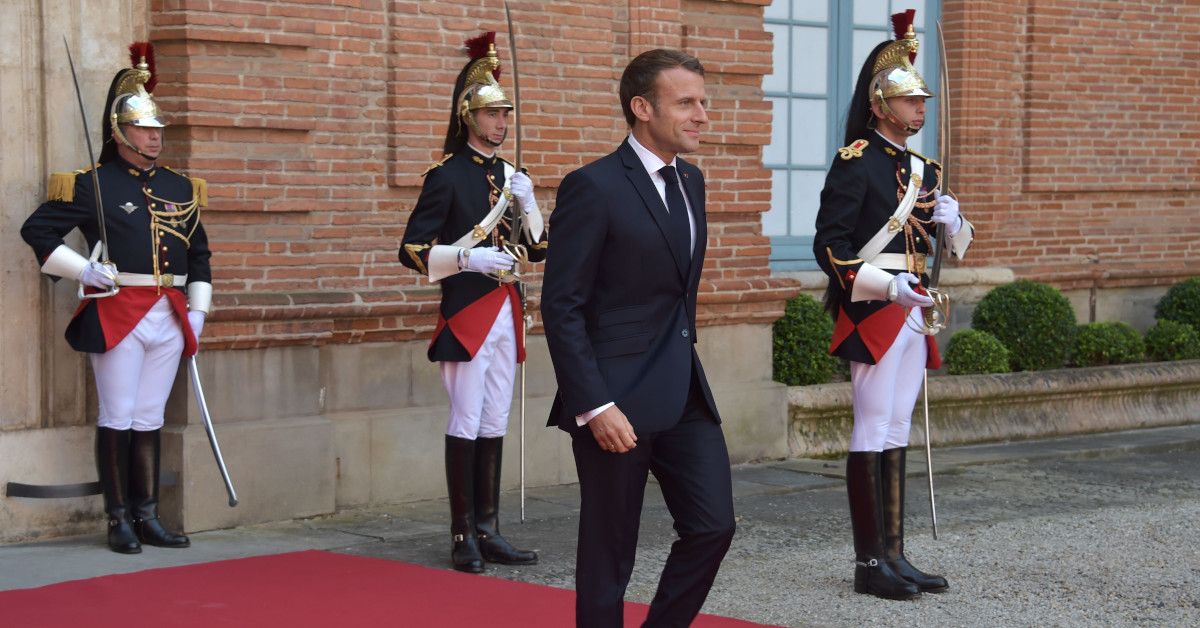 On July 24, for example, the website of right-wing radio personality Hal Turner, a frequent source of misinformation in recent years, published an article with the headline: "SHOCK! Protective Detail of France President ALL Resign over COVID Restrictions; will no longer protect President Macron." The article asserted that:

The Republican Guard, a security detail established to protect the President of France, have ALL resigned, and will no longer protect President Macron!

The mass resignation comes on the heels of his Presidential Decree requiring French citizens to have and use a "Sanitary Passport" (i.e. Vaccine Certificate) or be denied access to stores, bars, even DENIED VOTING!

On July 26, TheBL.com (The Beauty of Life) posted a similar report, based on Turner's article. In 2019, a Snopes investigation revealed close links between TheBL.com and The Epoch Times, a controversial pro-Trump publication known for promulgating politically-motivated misinformation.

Both articles cited initial remarks made by Martine Wonner, a COVID-19 vaccine skeptic and member of the French Assemblée Nationale (equivalent to the U.S. House of Representatives).

The claim that the Republican Guard ("Garde républicaine") had resigned en masse over the impending introduction of vaccine passports in France was false. The article on Turner's website also inaccurately characterized that body as being Macron's personal security detail.

The video of Wonner was taken from a July 22 interview she conducted for an anti-lockdown, COVID-19-skeptic Facebook group called Les Colères des Rues ("Anger on the Streets.") In it, Wonner railed against the COVID-19 mitigation policies introduced by Macron's centrist government and passed by the Senate and Assembly, in particular the "pass sanitaire" — a health passport certifying full vaccination, recent recovery from COVID-19, or a negative COVID-19 test — which will be required in order to attend public venues and events.

At one point in the interview, around 27 minutes in, Wonner claimed she had spoken with law enforcement officers who told her they had "had enough," and were "on the side of the people" in opposing COVID-related restrictions. She added:

In reality, the Republican Guard had not resigned. A spokesperson for the Gendarmerie Nationale — one of two branches of France's national police, and the one to which the Republican Guard reports — confirmed for the Agence France-Presse news agency that the body was continuing to perform its duties.

According to the Republican Guard's website, those duties include: taking part in important state ceremonies and providing musical accompaniment; guarding and providing security at several prominent state buildings, including the Elysée Palace, the French president's official residence; providing ad hoc assistance to other law enforcement agencies; providing escorts to dignitaries and officials.

While the Republican Guard does indirectly provide a measure of security for the president, through its guarding of the Elysée Palace, the body responsible specifically for the president's personal protection is the Groupe de sécurité de la Presidence de la République (GSPR), which is an agency of France's second national police force, the Police Nationale.

We could find no official statement, social media post or reputable news report in France which supported the claim that either the Republican Guard or GSPR had abandoned their duties or were refusing to provide protection to Macron. Those glaring absences, in addition to the Gendarmerie Nationale spokesperson's refutation of Wonner's claims, means we are issuing a rating of "False."