Can This Machine Automatically Sort Balls by Color?

A video purportedly showing a "Galton board" apparently sorting balls by color perplexed many viewers. 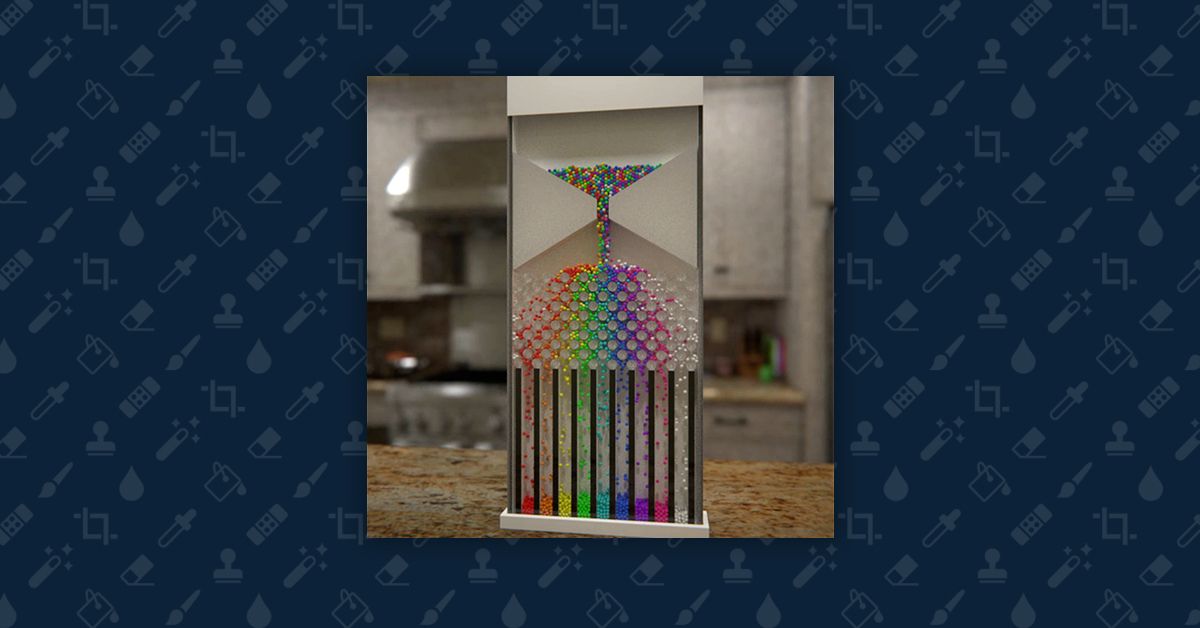 In January 2018, the Anonymous Facebook page shared a video that seemingly showed a simple machine automatically sorting hundreds of small balls by color along with a request for someone to explain how the device worked: Some viewers theorized that the video (which can be viewed in full below) was actually upside down and and showed  colored balls in separate containers falling and mixing together through the machine. Others suggested that the device actually sorted the balls by size, not color.

The truth, however, is that this machine doesn't exist. The viral video is a computer simulation that was originally posted to Reddit by "the_humeister." The Redditor explained that he created this simulation of a "Galton board" (a device used to demonstrate a mathematical theorem) with Blender, an open-source 3D computer graphics software.

They originally ran the simulation with all white balls. When the objects all settled, they assigned each ball a color and ran the program again. Or as the_humesiter explained:

Run the simulation. Color the balls afterwards. Render from the beginning.

Here's the original video of the "somewhat flawed Galton Box":

A Galton board, also known as a bean machine, quincunx or Galton box, was developed by Sir Francis Galton in the 1800 to demonstrate the central limit theorem.

A similar video has also made the social media rounds: