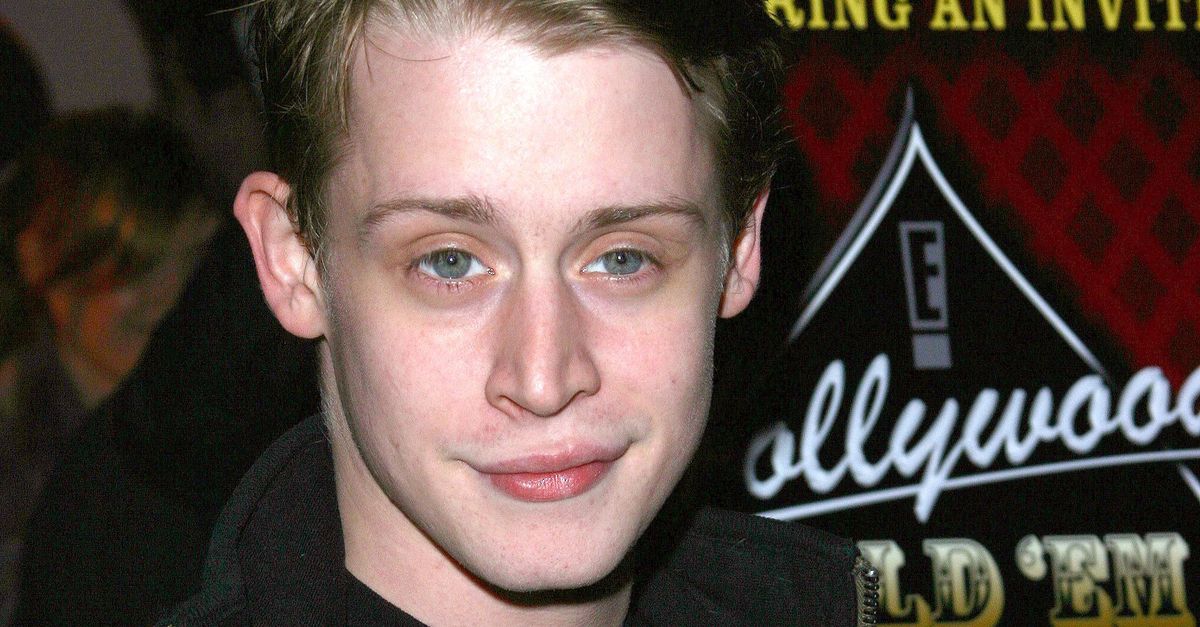 Claim:
Former child star Macaulay Culkin said Hollywood is run by Satanic pedophiles, one of whom boasted that his shoes were made from the skin of deceased child actress Heather O'Rourke.
Rating:

Three slightly different versions of the same story appeared on YourNewsWire, NeonNettle, and NewsPunch, a trio of interrelated sites known for producing fabricated and/or sensationalized clickbait content, on 12 December. The material has since been aggregated by other fake news web sites as well.

This is an excerpt from the story as it appeared on YourNewsWire under the byline "Baxter Dmitry":

Hollywood executives are “blood-thirsty Satanists” who “ritually abuse children in the industry“, according to Macaulay Culkin, who claims he only got out alive because he was a “smart, suspicious kid” and he “got too famous to be killed like some of the other kids.”

“You learn very early to recognize which of them want to abuse you, and which of them have even darker tastes,” Macaulay Culkin said, explaining that “the worst of them wear shoes made out of the skin of children that they ritually murdered.“

Speaking on radio in Paris, France, Culkin said “Have you seen leather products made from human skin? It has a very unusual, distinctive look. I learned at a very young age to identify it.“

Hollywood is controlled by Satanic pedophiles according to Macaulay Culkin, who opened up in a radio interview, describing how one Hollywood executive tried to get him hooked on crack at the age of 11 and boasted that his tailor-made leather shoes were made from the skin of dead child star Heather O’Rourke.

The explosive claims made by Culkin were reported by French media including Les Echos, a newspaper, however all reports were quickly deleted within an hour of appearing online.

All three sites claim that the radio interview took place in France and was initially reported in the French media, who then, allegedly, scrubbed all mention of it. All three feature versions of the same two screen shots allegedly showing part of an article published in the French newspaper Les Echos: All three web sites translated the French caption shown immediately above as follows:

Macaulay Culkin claims Hollywood studio executives rape and murder child stars and use their skin to make boots, belts and wallets that they use as "skin trophies."

However, as we were able to confirm with the help of Guillaume Brossard, founder of the French-language fact checking web site HoaxBuster, no such article appeared on the Les Echos web site, nor would such an article ever appear there. Les Echos is known for serious reporting on economic and political issues. They do not publish celebrity gossip. Moreover, Brossard tells us, the small amount of French readable in the screen shots is egregiously bad, and most likely translated to French from English using a service such as Google Translate.

We found no evidence in French media sources or anywhere else that the alleged interview ever took place. Nor has Macaulay Culkin made statements on other occasions resembling those attributed to him above. Although some former child actors, including Lord of the Rings star Elijah Wood, have gone on record stating that there does exist a dangerous "underbelly" of pedophilia in the movie industry, Macaulay Culkin, to date, has not been one of them.

Lastly, apart from on fake news and conspiracy theory web sites, actual accusations of pedophilia and the sexual exploitation of minors in Hollywood aren't typically accompanied by talk of Satanism, ritual murder, or "skin trophies." Stories like this only serve to muddy the waters.