Some have called the murder and dismemberment of two African-American men over a gun sale gone wrong a "modern lynching." 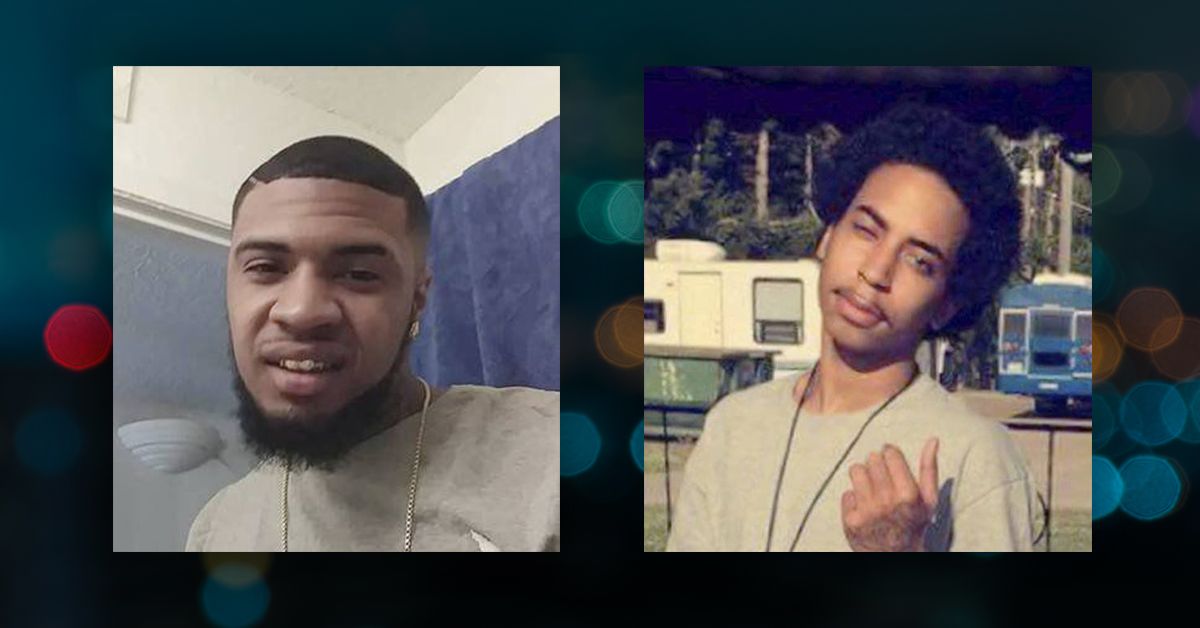 Claim:
Two black men, Alize Ramon Smith and Jarron Keonte Moreland of Moore, Oklahoma, were lynched by four white people in April 2018, a crime that was largely ignored by the media.
Rating:

On 18 April 2018, the mutilated bodies of two young African-American men, Alize Ramon Smith and Jarron Keonte Moreland, were found in a pond near Moore, Oklahoma, where they had had been reported missing by relatives a few days earlier.

Police said the victims were shot by the younger of two brothers, both white, who had arranged to meet with them in a parking lot to complete a firearms sale initiated on Craigslist. The accused killers, 16-year-old Brett Boettler and his brother, Kevin Don Garcia-Boettler, 22, then took the bodies to their mother's house and, with the help of her boyfriend, Johnny Barker (also white), dismembered them and dumped the weighted remains in a nearby body of water. The brothers, Barker, and Crystal Boettler were arrested and charged with first- and second-degree murder, desecration of human corpses, and illegal possession of a firearm, among other crimes.

According to NewsOne.com, Smith and Moreland were the victims of a "modern lynching" that has gone largely unreported in the mainstream media — despite a recent controversy surrounding the use of that term to describe the public backlash against black male entertainers accused of sexual misconduct:

When people talk about modern lynchings, R. Kelly and Bill Cosby are not legitimate examples. Ramon Smith and Jarron Moreland, both 21, are two men who were lynched in 2018. On April 18, police found the dismembered bodies of the young men in a pond outside of Oklahoma City, Oklahoma. Three white men and one white woman have been arrested for the crime.

According to WJLA.com, "Police arrested 22-year-old Kevin Garcia-Boettler, 43-year-old Johnny Shane Barker and the 16-year-old brother of Garcia-Boettler, who police say is the suspected shooter. Their mother, Crystal Rachelle Boettler, 40, has also been charged with accessory after the fact." According to court records, "on April 14, Garcia-Boettler drove his brother to meet the two victims because he believed his brother was going to purchase a gun from Moreland. The sale was arranged through Craigslist and the two parties agreed to meet in a nearby grocery store parking lot. Garcia-Boettler told police that Moreland got out of a sedan and into the back seat of his van. He claims that he heard a gun 'rack' and told police he witnessed his brother open fire killing the two men."

Sgt. Jeremy Lewis of the Moore Police Department said, "When [Moreland and Smith] entered the vehicle, the white men said they heard a gun being racked. So one of them fired four rounds." Meaning, when the white men heard the sounds of the gun being "racked," they thought Ramon and Jarron were about to shoot so they shot them. Sounds implausible that you would instantly and shoot and kill two people because of the sound of a gun being racked.

A similarly-focused web site, The Root, also provided aggregated coverage of the incident, referring to it as "Lynching 2.0." The article paid particular attention to the gruesome details surrounding the disposal of the victims' bodies.

In statements to the press, Smith's mother, Destiny, described the murder of her son as a "hate crime," but at least one law enforcement official told Oklahoma City's News 9 that that does not appear to be the case:

Cleveland County District Attorney Greg Mashburn said his office looked into the possibility of this being a hate crime and he said the investigation showed the victims were attempting to rob the suspects when the shooting occurred, therefore it was determined that the motive was not race related.

Were there a demonstrable racial motive behind the attack and/or mistreatment of the victim's remains it would likely be prosecutable as a hate crime, but would still fall short of qualifying as a lynching, says Karlos Hill, Interim Director of African American Studies at the University of Oklahoma.

"Calling it a lynching is going too far," Hill, author of the 2016 volume Beyond the Rope: The Impact of Lynching on Black Culture and Memory (Cambridge University Press, 2016), explained to us in a phone interview:

It's a rhetorical flourish. But I think the reason people may be labeling it as such is the brutality of the killings, and how that is reminiscent of the lynching era.

Unlike the murders of Smith and Moreland, which were committed inside a parked van unseen by eyewitnesses, historical lynchings were communal events that invariably took place in public, he said:

A lynching, historically, had the tacit approval, or the approval, of members of the community, and oftentimes that tacit support could be visibly seen in the form of sometimes dozens, hundreds, even thousands of people being present at the lynching.

This, in no way, shape or form or fashion, is a killing that had the support or tacit support of members of the community. This isn't something that was attended by or witnessed by a large group of people.

In describing the killings as a "lynching," both The Root and News One echoed sentiments that had already been spreading for at least a week on social media. Writer and Twitter personality Shaun King tweeted the following on 26 April, for example:

This literally appears to be a modern day lynching.

These 2 men, and 1 other, abducted 2 young Black men from a grocery store parking lot in Moore, Oklahoma.

Then shot & killed them.

Took them to a pond & tied their bodies to cinder blocks pic.twitter.com/m7m0Sq03X5

Writer George M. Johnson tweeted a similar take on 1 May:

This is Ramon Smith and Jarron Moreland. Both age 21.

They were lynched last week.
Lynched in the year 2018
You have not seen this make headlines. That needs to change.#RamonSmith #JarronMoreland https://t.co/YNQs31XZIJ

The claim that the incident was ignored by the mainstream media is an overstatement, though not entirely unfounded. Besides being reported (as one would expect) in local and regional news venues, the story did get national coverage by sources including Newsweek, Associated Press, the New York Daily News, and BuzzFeed. But it wasn't covered by CNN, MSNBC, or other major networks. The implication that it should have been seems to follow from the judgment that the crime was a racially-motivated lynching as opposed to a mere homicide.

The use of the word "lynching" in this context is questionable, at best. Despite vague similarities between the Oklahoma incident and historical lynchings, the comparison strays from the generally accepted definition of the term. The Merriam-Webster Dictionary defines it thus, for example:

In the context of race relations in America, it refers more specifically to vigilante-style public executions of black Americans accused of racial transgressions by white mobs, mainly in the Deep South, between the end of the Civil War and the end of the Jim Crow era of racial segregation in the 1950s. But despite the fact that the Oklahoma victims were black and all four of the accused perpetrators were white, it's a stretch to characterize the latter as a "mob" and the killings as a "public execution." Nor, based on the information shared by police thus far, are there solid reasons to presume that race was a primary motivation in the attack.

Ethnicity is relevant to determining whether a lynching took place, according to Karlos Hill, but even if evidence comes to light that the 2018 Oklahoma killings constituted a hate crime, that — in and of itself — would not make it a lynching. "There's a difference between a racially motivated murder and a lynching," he said.

Based on the information shared by police thus far, it is not a given that the incident fits into either category.