Clinton: Nixon Should Be Impeached for Lying

Did Bill Clinton say in 1974 that President Richard Nixon should resign for lying to government officials? 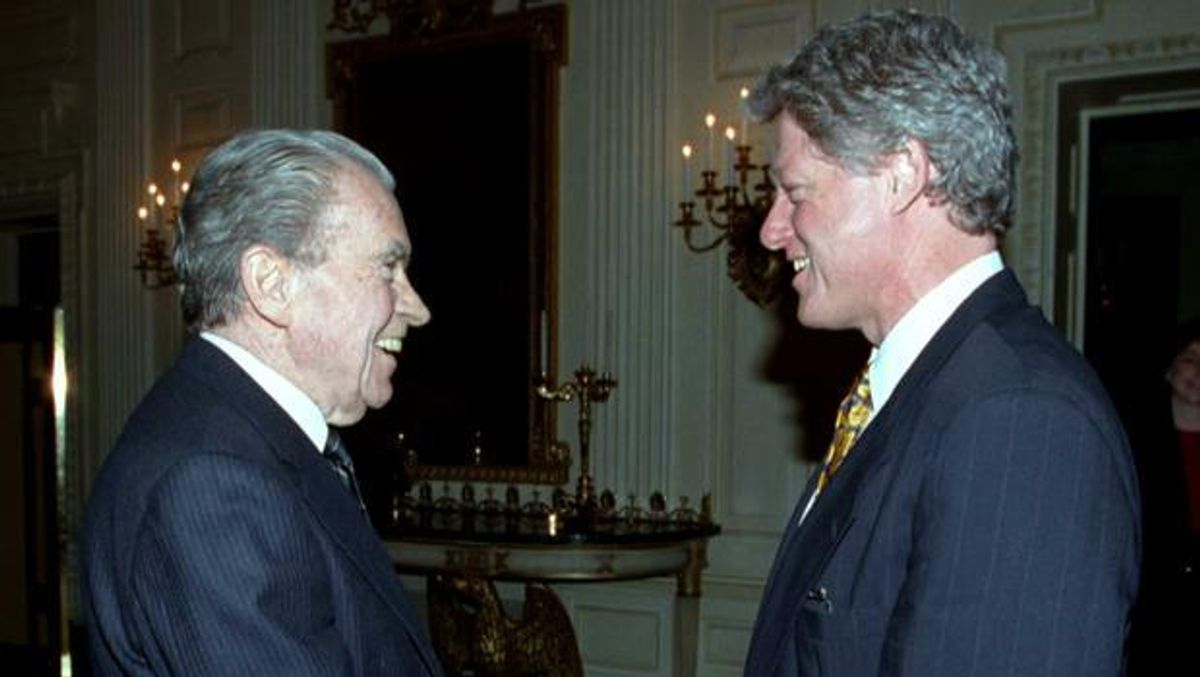 The irony of discovering that President William Jefferson Clinton, who lied to the public about his relationship with intern Monica Lewinsky, had once criticized President Nixon for "lying" and "betraying the trust of the American people" is obvious. Although Clinton did express that sentiment, the wording of what he said has been exaggerated to heighten that irony, however.

According to online rumors circulated back in 1998, at the height of the Watergate scandal in 1974, Clinton had said of then-President Richard M. Nixon that:

Yes, the president should resign. He has lied to the American people, time and time again, and betrayed their trust. He is no longer an effective leader. Since he has admitted guilt, there is no reason to put the American people through an impeachment. He will serve absolutely no purpose in finishing out his term; the only possible solution is for the president to save some dignity and resign.

Bill Clinton did say something like this, but not in so many words. A contemporaneous Arkansas Gazette article reported that what Clinton, then a law professor at the University of Arkansas (and a candidate for Arkansas' Third Congressional District), actually said about Nixon on 1974 was as follows:

I think the country could be spared a lot of agony and the government could worry about inflation and a lot of other problems if [Nixon would] go on and resign.

[There is] no question that an admission of making false statements to government officials and interfering with the FBI and the CIA is an impeachable offense.