In early 2021, social media users enthusiastically shared a post about the ride-hailing company with the encouraging sign-off, "If you need help, here's help." 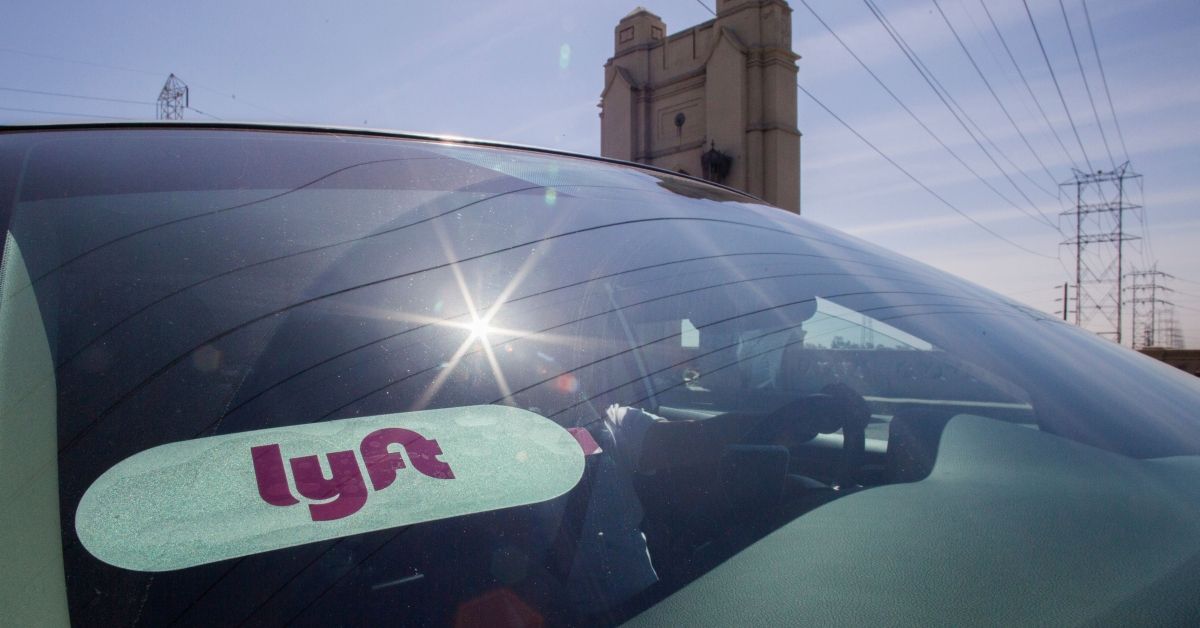 A program does exist whereby Lyft, in partnership with several non-profit organizations, provides free rides to and from job interviews, training, and for the first three weeks of a beneficiary's new employment.

However, the service is not available to everyone on an ad hoc basis. It is restricted to 20 cities in the United States and Canada, targeted to communities and individuals who have historically experienced difficulty in finding employment, and involves a relatively slow application process.

In February 2021, social media users enthusiastically shared a tweet that outlined a program purportedly run by the ride-hailing company Lyft that allows users to avail themselves of a free ride to a job interview, should they need it. The tweet, attributed to Twitter user @ThaOriginalKaee, read as follows:

So Lyft has a new program that will pick you up and take you to a job interview for free, and if you get hired they will give you up to three weeks of free rides until you get paid. There have been times in my life this would have been a game changer. If you need help here's help. That Twitter account has since been suspended, but the tweet was authentic, based on several screenshots showing various "retweet" and "like" counts. The tweet was also originally published in October 2019. For reasons that are not clear, it enjoyed a resurgence in popularity in January and February 2021, as illustrated by the following screenshot, which shows just a selection of Facebook posts from the first two months of the year: The post was largely accurate. Lyft does indeed run an initiative called the "Jobs Access Program" that gives some users the opportunity to get free rides to job interviews and training and, if they become employed, free transportation to and from their new job for the first three weeks.

However, the service is not available to everyone. Lyft runs the jobs access program in just 20 cities across the United States and Canada, and it is primarily targeted at individuals who have historically experienced difficulties in gaining employment, such as veterans and persons with disabilities.

In February 2021, many social media users shared @ThaOriginalKaee's viral tweet, which described the initiative as "new." However, most screenshots of that tweet had the date cut off, meaning many readers will have mistakenly understood Lyft's initiative to be a new one. While that was true at the time the tweet was originally published in October 2019, it wasn't "new" in 2021.

Lyft launched the jobs access program in October 2019, announcing it had partnered with non-profit groups including United Way, Goodwill, the National Down Syndrome Society, and the USO (United Service Organizations). The news release associated with the launch explained the initiative, as follows:

... We’re excited to announce Lyft’s Jobs Access Program, a new initiative that aims to close short-term transportation gaps related to employment access and job training. For the unemployed, reliable transportation to a job interview or to the first few weeks of work can mean the difference between successful, long-term employment and lost opportunities. So we’ve partnered with several leading national and local organizations dedicated to workforce development in order to deliver free or discounted rides to people making their way through the employment pipeline. Lyft’s Jobs Access Program will focus on three key interventions in the employment pipeline that are critical to individual success, and where transportation can play a major role:

We are focused on communities that stand to benefit most from short-term transportation support, ranging from veterans to individuals with disabilities.

At the time the initiative was launched, Lyft stated that it was available in 35 cities. However, the company's website now lists only 20 cities and states in which the jobs access program is operational. As of February 2021, they are: Atlanta; Austin; Baltimore; Boston; Chicago; Denver; Houston; Los Angeles; Minneapolis; New Jersey; New York; Oakland; Philadelphia; San Diego; San Francisco; Seattle; Tacoma; Toronto; Ottowa; Washington, D.C.

In December 2020, Lyft stated that in the 14 months since it was launched the jobs access program had facilitated more than 30,000 free rides for individuals.

While it wasn't immediately clear what exact criteria and restrictions applied to the way in which United Way, Goodwill, and other charities distribute free ride credits to applicants, the program is clearly designed to prioritize individuals with the most acute need of assistance in accessing transportation in order to enter, or re-enter, the workforce. There is also an application process, whereby would-be users submit their name, contact details, and some basic information about themselves and, according to Lyft's website, can expect to receive a response within a week.

So a program does exist whereby Lyft, in partnership with several non-profit organizations, provides free rides to and from job interviews, training, and for the first three weeks of a beneficiary's new employment. However, the initiative has several limitations, namely: It's restricted to 20 cities in the United States and Canada; targeted to communities and individuals who have historically experienced difficulty in finding employment; and involves a relatively slow application process, meaning a user can't simply open up the Lyft app on their phone and spontaneously demand a free ride to a job interview on an ad hoc basis.

Taking these facts into consideration, we are issuing a rating of "Mostly True"