Did 'Real Footage From 1895' Appear in a TikTok Video?

Auguste and Louis Lumière were two French brothers who captured a number of films in the earliest days of motion pictures. 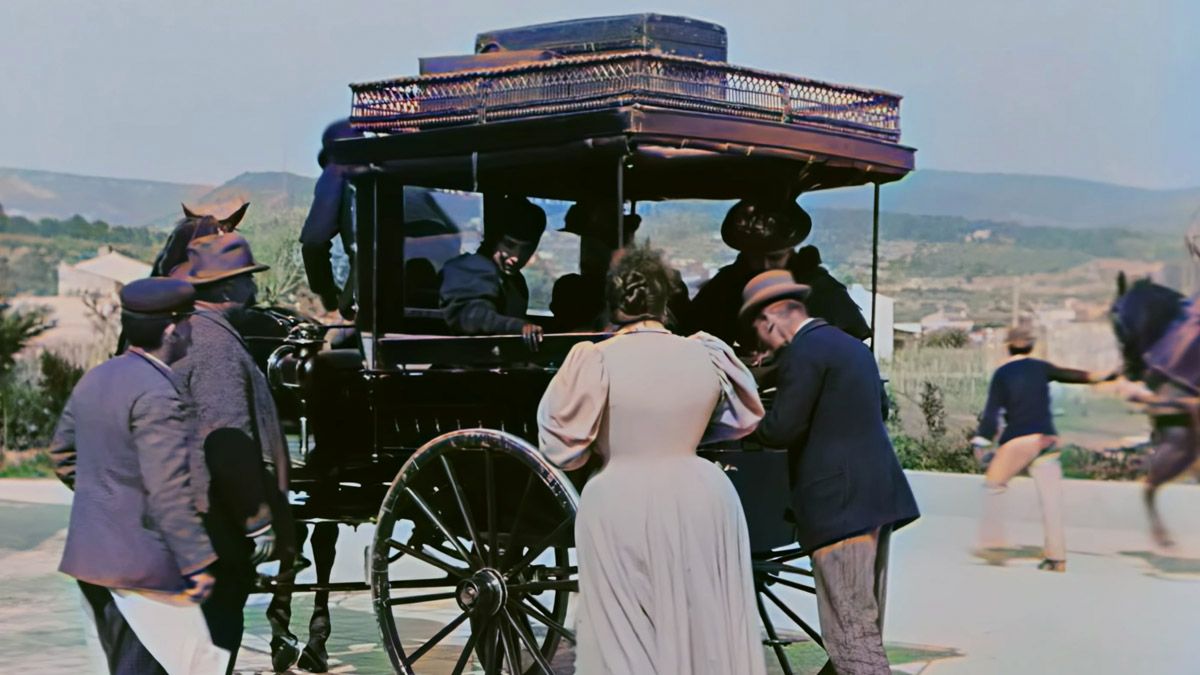 The original footage is really from 1895. In 2020, a man named David Martin enhanced, colorized, and upscaled the Lumiere brothers' film, and even added sound effects.

In April 2021, a TikTok user under the name @Archival.Film posted a video and claimed it showed "real footage from 1895." A caption on the video read: "The Lumiere family goes on a trip 1895."

It's true that the video showed real footage from the 19th century. The film's title is "Départ en voiture," which roughly translates to "Departure by carriage."

It was captured by the groundbreaking French filmmakers Auguste and Louis Lumiere, better known as the Lumiere brothers, who shot some of the earliest films in motion picture history.

On May 23, 2020, it was remastered and upscaled to 4K quality in beautiful color by a YouTube user named David Martin. Audio was also added with a number of sound effects to give an idea of what the scene may have been like at the time it was filmed:

In a March 2021 interview with the 20 Minutes blog, Martin said that his process includes doubling the frame rate from 25 to 50 frames per second. He then colorizes each scene and increases the resolution to 4K. He estimated that it takes him around 10 hours to restore a one-minute film.

In the interview, Martin said that he was impressed with the time and effort that likely went into framing every shot that the Lumiere brothers filmed:

"The sequences show scenes of life like a documentary. The composition of each scene, the place of the camera... It was all extremely well thought out, very creative.

When I watch these films, it's as if I were at the Musée d'Orsay observing Impressionist paintings," he explains.

Today, he has restored about 30 of them and intends to continue his mission. "I hope I can continue for years ... If my wife allows me," he concludes with a smile.

The original black-and-white film without sound was also available on YouTube:

A number of other restored and upscaled films are available on Martin's YouTube channel.

We reached out for more details and will update this story should we receive any further information.