A meme comparing political involvement of the home improvement chains left out some context. 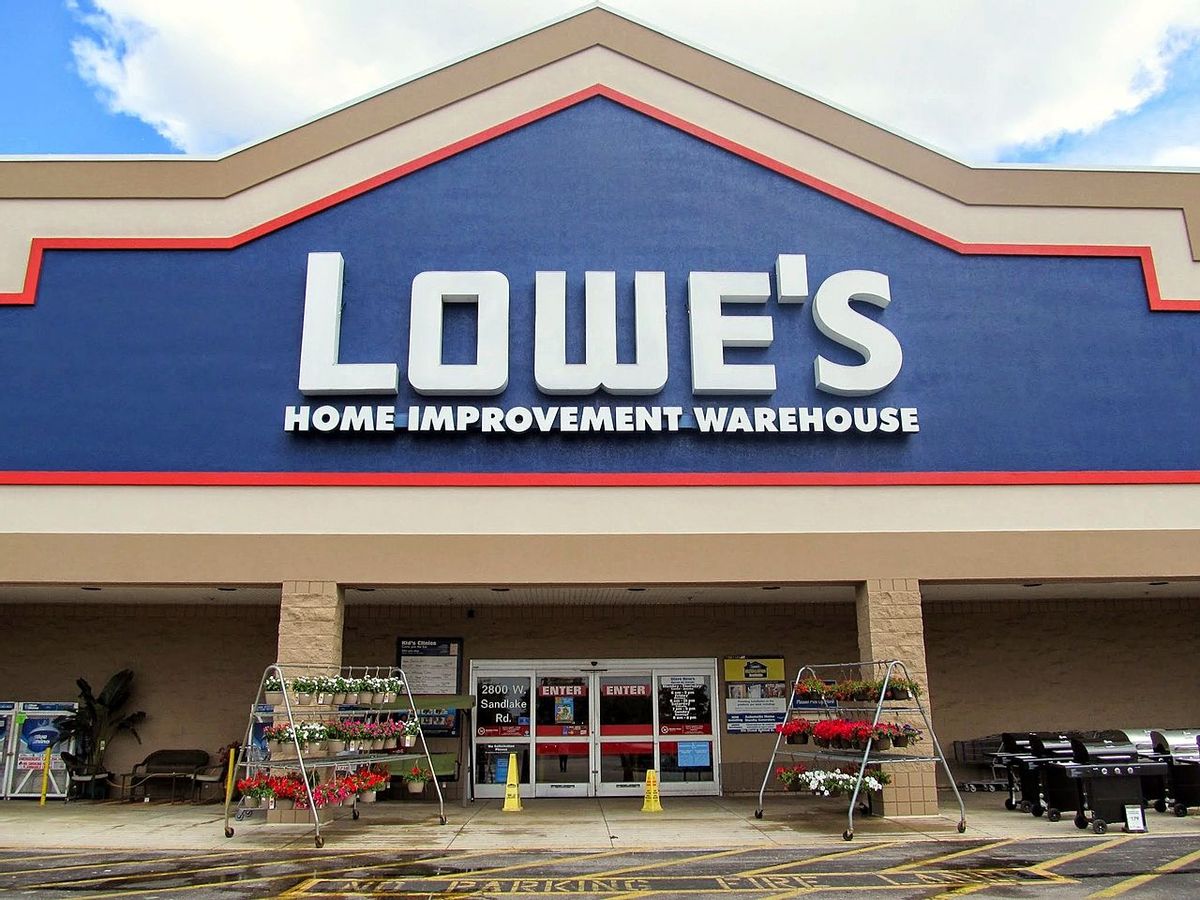 The CEO of Lowe's announced that the company is offering $25 million in grant money for minority-owned businesses trying to reopen amid the COVID-19 coronavirus disease pandemic. Also, Bernie Marcus, the co-founder of Home Depot, gave millions to Trump's 2016 campaign.

The meme gave the false impression that these donations happened around the same time when they did not. It also failed to mention that Marcus retired from his position in 2002 and that political action committees associated with both Lowe's and Home Depot have contributed money to both major political parties, but more toward Republicans, in the 2020 federal election cycle.

The facts presented are true, but some context was missing.

It's true that Lowe's has created a $25 million grant for minority-owned small businesses trying to reopen after being forced to close due to the COVID-19 coronavirus disease pandemic. As CNBC reported on May 20, 2020:

Lowe’s is dishing out the funds to help small businesses, especially home improvement professionals, in need of masks, personal protective equipment and other supplies to operate safely. The new funds follow $340 million of support the home improvement retailer provided for Covid-19 response activities in the first quarter.

“These are going to be minority businesses and other businesses that are now starting to reopen,” CEO Marvin Ellison told CNBC’s Jim Cramer in a “Mad Money” interview. “So we just want to continue to not only run a good business but also be a great corporate citizen in all of the communities that we operate in.”

Marcus, a philanthropist who gives billions of dollars away to various causes, is generally a large-ticket financial supporter of Republican politicians and organizations. But he also retired from his position as Home Depot's company chairman in 2002. (Home Depot's other co-founder, Arthur Blank, who is also retired from the company, appears to donate primarily to Democrats.)

The Home Depot political action committee on the other hand has contributed a total of $1,495,000 to both Democratic and Republican federal candidates in 2020, with 44% of those contributions going to Democrats and 56% to Republicans, according to the campaign transparency tracking tool Open Secrets.

Meantime the political action committee for Lowe's donated a total of $540,500 to federal candidates in both parties, with 30% going to Democrats and 70% to Republicans, per Open Secrets.

Political action committees (PACs) associated with corporations are separate organizations that are funded by employees or owners of the company (but not the company itself). These PACs donate money to political candidates and organizations they believe to be "aligned with their financial goals," explains Open Secrets.

Given the meme leaves out important context about political contributions and Marcus' current involvement with Home Depot, we rate this claim "Mostly true."

Kempner, Matt. "Atlanta Billionaire Plans to Give Almost All of It Away."     Atlanta Journal-Constitution.   30 June 2019.

Updated to include political contribution information about Home Depot's other co-founder, Arthur Blank.