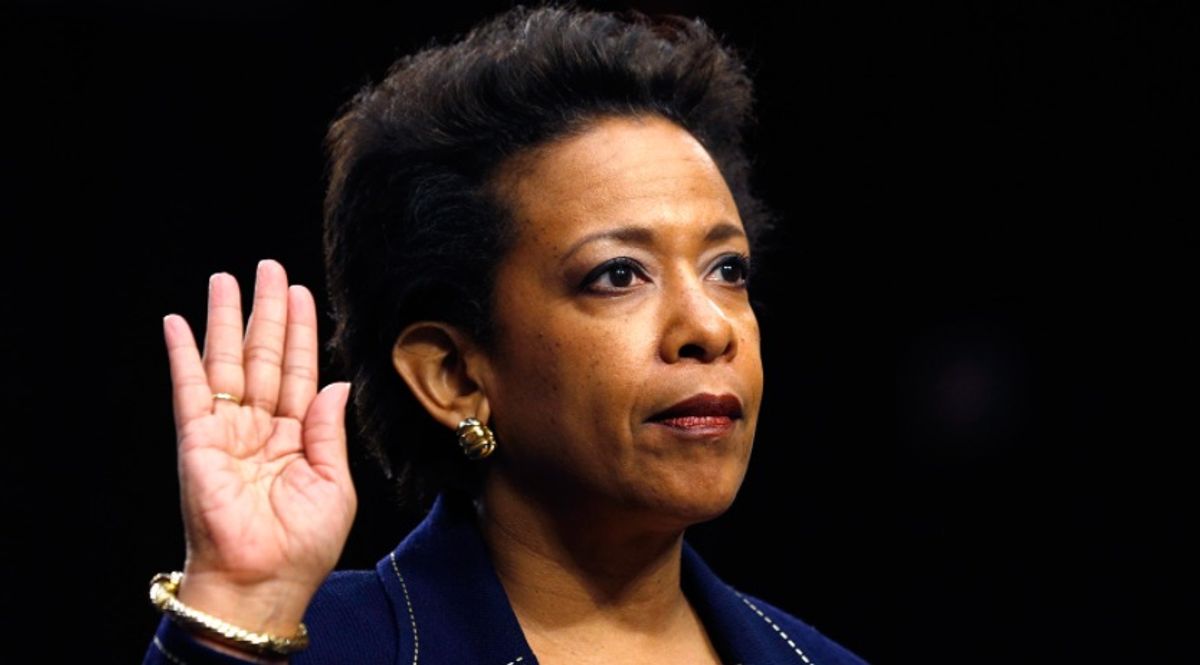 Claim:
Attorney General Loretta Lynch invoked her Fifth Amendment protection not to incriminate herself over the Obama administration's transfer of money to Iran.
Rating:

Congress members Mike Pompeo and Marco Rubio suggested that Attorney General Loretta Lynch's response to their query about a transfer of money to Iran was akin to invoking Fifth Amendment protections.

Loretta Lynch did not invoke Fifth Amendment protections, was not on trial, and did not decline to testify.

In October 2016 the conspiracy-mongering site InfoWars was one of several outlets claiming that Attorney General Loretta Lynch "[took]" or "[pled]" the Fifth (Amendment) to avoid testifying with respect to the Obama administration's controversial transfer of money to Iran in settlement of a long-standing Hague Tribunal claim:

Attorney General Loretta Lynch has plead the fifth to avoid incrimination in the illegal transfer of billions of dollars in cash to Iran.

Lynch was first approached by Sen. Marco Rubio and Rep. Mike Pompeo and asked numerous questions about details on the cash payment.

Assistant Attorney General Peter Kadzik responded for Lynch on October 24 and told lawmakers that not only would Lynch refuse to answer but that they would not be allowed to publicly disclose any information on the payment to Iran.

“It is frankly unacceptable that your department refuses to answer straightforward questions from the people’s elected representatives in Congress about an important national security issue,” the lawmakers wrote in response. “Your staff failed to address any of our questions, and instead provided a copy of public testimony and a lecture about the sensitivity of information associated with this issue.”

Such claims referenced two attached letters dated 24 and 28 October 2016, respectively. The first [PDF] was sent from Assistant Attorney General Peter Kadzik in response to queries issued by Rep. Mike Pompeo and Sen. Marco Rubio about the January 2016 transfer of money to Iran. In his reply, Kadzik essentially said the Department of Justice would not be providing any more information on the matter beyond what had already been offered in documents and hearings: In their 28 October 2016 reply to Kadzik [PDF], the two congressmen framed Kadzik's response as akin to (but not literally) an invocation of Fifth Amendment rights, maintaining that "it is outrageous that you would essentially plead the fifth and refuse to respond to inquiries": Pompeo and Rubio accused Lynch's office of "essentially" pleading the Fifth, but the comment was purely rhetorical. The matter at hand was correspondence between branches of government, not a criminal trial or proceeding involving testimony given under oath, so neither Lynch nor anyone else involved could literally have invoked their Fifth Amendment rights.