Is This a Photo of a Looter in Blackface?

Appearances can be deceiving, in more ways than one. 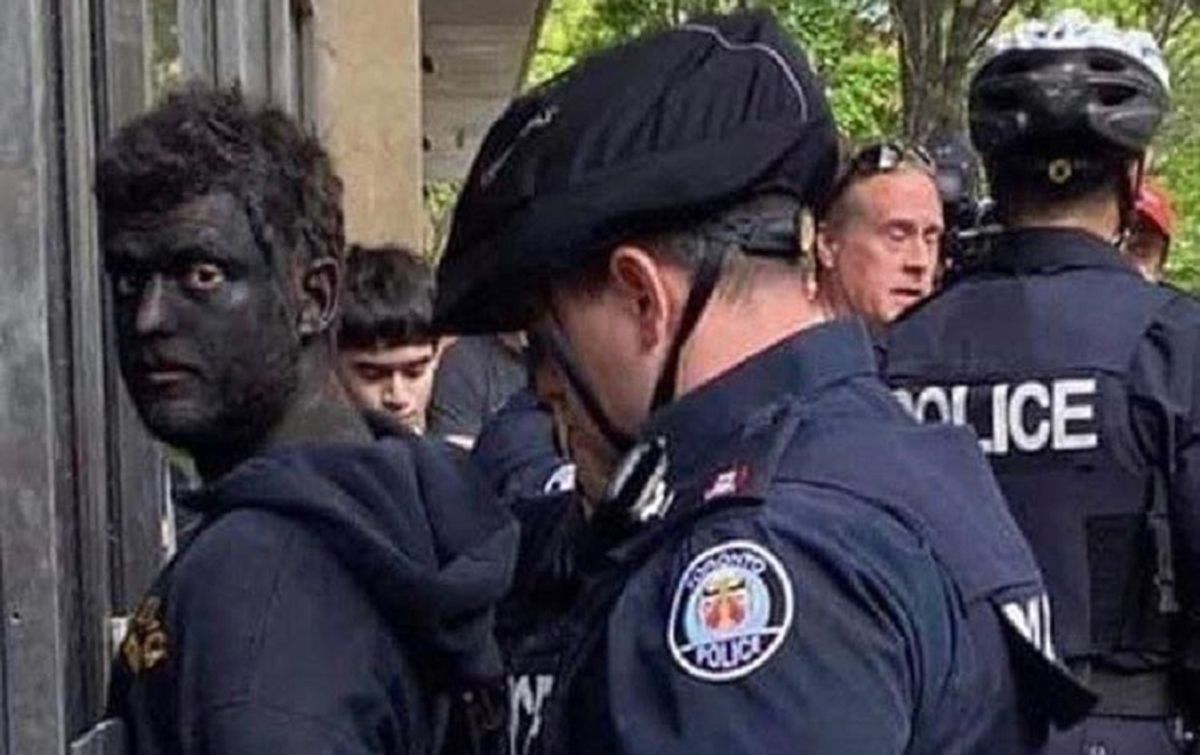 During the wave of protests that swept across the U.S. following the May 2020 death of George Floyd, a Black man who died after white Minneapolis police officer Derek Chauvin kneeled on his neck, cities across the country experienced looting. Those incidents prompted debate over whether the looting was being perpetrated by protesters themselves, by non-protesters who were taking advantage of the disorder to plunder goods, or by outsiders working to discredit the protesters.

One social media item that played on the latter idea was a photograph that purportedly showed the arrest of a white looter disguised with blackface to make him appear to be a Black person: Although this photograph was real, it had nothing to do with looting. As reported by the Toronto Star, the person seen being taken into police custody above had appeared at a June anti-racism march in that Canadian city in blackface, and was arrested for causing a disturbance:

A man has been charged with causing a disturbance after showing up to an anti-racism march over the weekend in blackface.

Images and videos of the man went viral after a reporter from Newstalk1010 approached the man at Nathan Phillips Square and asked him what he was doing there. The video, shot by Lucas Meyer early that afternoon, also showed protesters asking the man to leave as police escorted him out soon after.

The man was arrested for breach of peace and escorted out, Toronto police said in a statement.