An image purportedly showing an sign in the London Underground asking people to wear deodorant because the tube smelled like an old ham was just a joke. 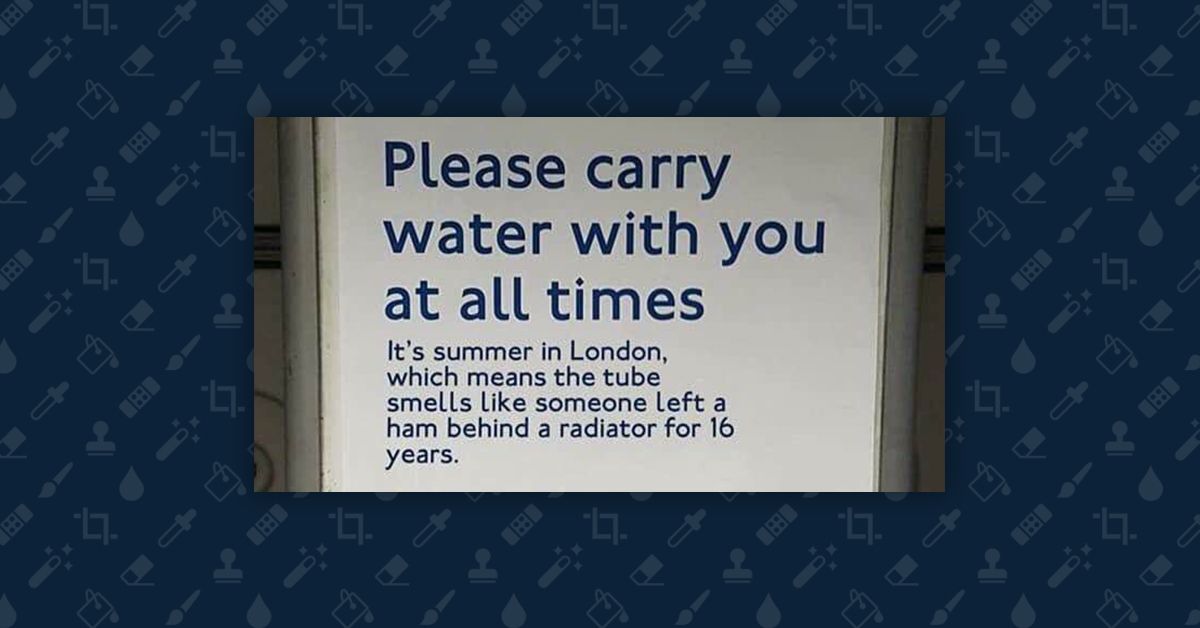 Claim:
A sign posted in the London Underground informed passengers that they all smelled and should wear deodorant.
Rating:

As temperatures approached triple digits in London in June 2017, an image of a sign reminding passengers to drink water and wear deodorant purportedly posted in the London Underground metro system by transportation authorities appeared on social media: Please carry water with you at all times.

It's summer in London, which means the tube smells like someone left a ham behind a radiator for 16 years.

We know it's warm, everyone knows it's warm, carry some water so you don't fucking pass out.

Please wear deodorant, you might not be able to smell yourself but the rest of us can and you smell dreadful.

This sign, of course, was not actually posted by Transport for London, the city agency in charge of public transportation.

Although we have not pinpointed the exact origins of this image (the earliest iteration we found was posted on 19 June 2017 with the message "PLEASE READ IF U GET ON THE TRAINS/TUBES IN LONDON DURING THE SUMMER??"), we did find several examples of genuine signs posted by Transport for London informing passengers to stay hydrated:

We've reached out to Transport for London, who confirmed that the sign saying the tube smelled like a 16-year-old ham was fake.