Does This Photograph Show a Little Girl Desperately Clinging to a Screen Door During a Hurricane?

A video showing a little girl hanging on to a door on a windy day is real, but it was not captured during a hurricane. 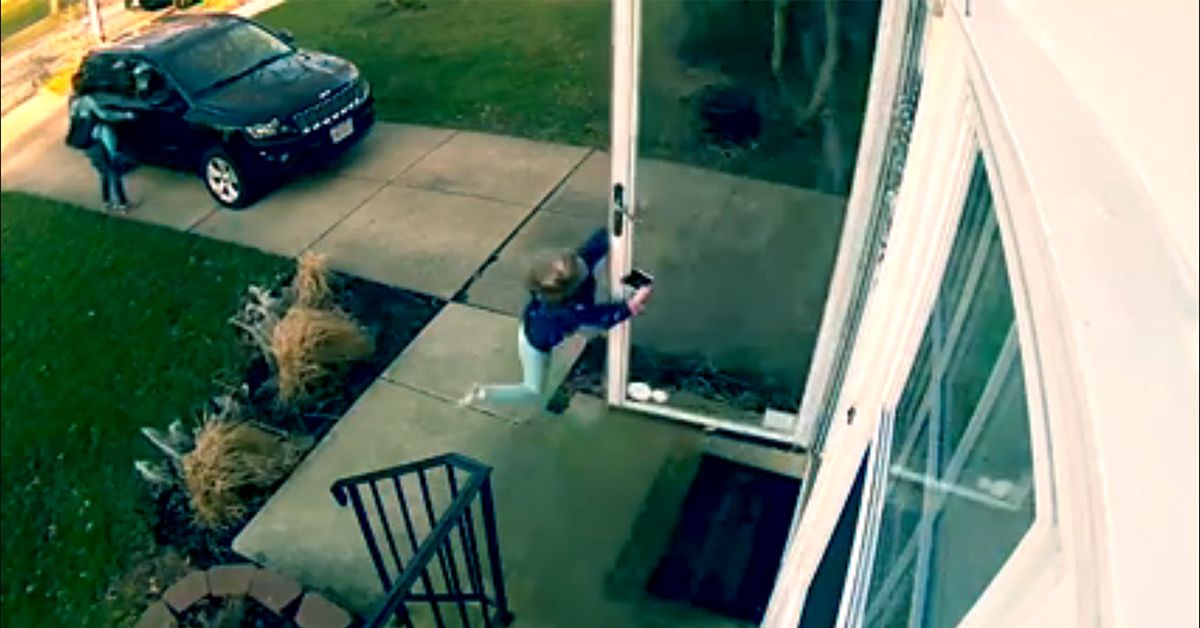 Claim:
A mishap involving a little girl, a swinging door, and a gust of wind was caught on video during a hurricane.
Rating:

As Hurricane Ophelia barreled toward Ireland in mid-October 2017, an animated image of a little girl desperately clinging to screen door blown open by the storm winds circulated online in conjunction with the hashtag #Ophelia:

And they thought keeping the kids off school today would help... #Ophelia pic.twitter.com/qtV4YzLuzE

Although the scene depicted in this footage truly did occur, it did not take place in Ireland during Hurricane Ophelia, as October 2017 social media postings suggested. The video had been captured by a security camera during a windy day in Cleveland, Ohio, several months earlier, and the girl's mother, Brittany Gardner, posted it to Facebook on 8 March 2017. After that March 2017 post went viral, Gardner appeared on both the Today Show and CNN to talk about it.

Gardner assured worried viewers that her daughter was not hurt in the incident: "She is totally OK," said Brittany. "She was scared at first, then was laughing away at it. She held on until I took her off the handle."

The original version of the video can be viewed here.