In 2015, a town council in the U.K. removed a headstone that marked the burial of a 4-year-old boy because its shape was not in keeping with cemetery standards. 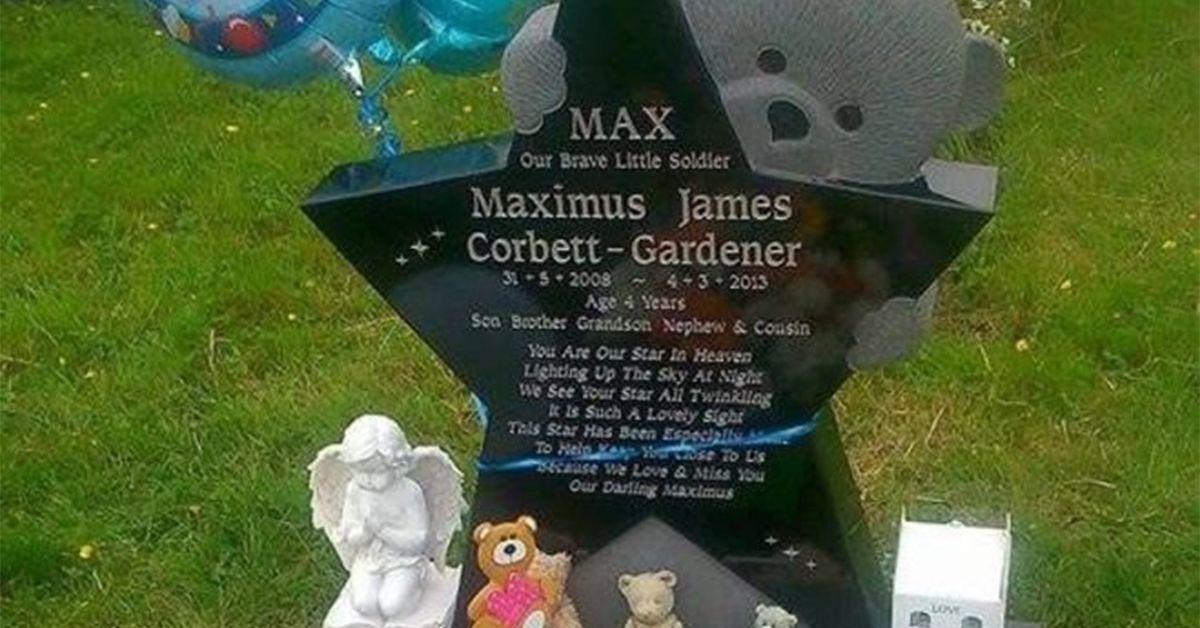 Claim:
A headstone marking the burial site of a 4-year-old boy was removed because its shape violated cemetery rules.
Rating:

In 2015, a controversy erupted in the small English town of Malvern that went global when the town council removed a specially made, star-shaped headstone that had placed on the grave of a child. The headstone for 4-year-old Max Corbett-Gardener featured a gray-colored Teddy bear holding a black star, and according to the BBC, it was removed three days after it was erected over complaints that its shape did not confirm to cemetery rules:

"We have a conformity of shapes in our lawn cemetery," the council said. "We were contacted by people who objected to the shape. The longer it stayed up, the harder the process would have been.

"It was a very difficult decision to remove it but one we had to make straight away."

Max died due to complications associated with severe epilepsy in 2013, and two years later his mother, Jo Corbett-Gardener, had the custom gravestone made to commemorate what would have been his 7th birthday. She told the BBC in a 5 June 2015 report that she wasn't informed that a decision had been made to remove the memorial:

Ms Corbett said she was aware of council rules governing the size and upkeep of stones, but not regarding their shape.

She said she had been told the grave would have been allowed if it had been in the children's section of Great Malvern Cemetery, but she had opted to have it in the lawn cemetery, close to other relatives.

It remains unclear who issued the complaint(s) that resulted in the headstone's removal: a cold-hearted private citizen, as many headlines implied, or by town officials. According to local reports, the town council blamed the stonemason who installed the headstone, saying he didn't secure proper permits:

Regrettably, the memorial stone that was erected on Ms Corbett’s son’s grave was done so by a memorial mason who did not obtain the necessary permission, and who did not consult with town council officers as to whether the headstone was in compliance with the cemetery rules and regulations.

This situation was not the fault of Ms Corbett, but of the stonemason who made a gravestone that was unsuitable for the position in which it was to be erected, and which was also put in place without the necessary permission; the application form was posted under the door of the town council offices just hours before the stone was erected.

Corbett-Gardener launched an online petition in hopes of having the custom-made marker returned, and as of 26 December 2016 it had garnered more than 56,000 signatures.

The tragedy of a young child's death, coupled with the outrage factor of the removal of his innocuous memorial, has spread the story far beyond the confines of tiny Malvern. Since it was first published in June 2015, the story has continued to make its way around many corners of the online world.

We have reached out to the Malvern town council but have not yet heard back.