Lithium Mine vs. Oil Sands Extraction

An image purportedly showing the environmental differences between a lithium mine and an oil sands extraction facility is misleading. 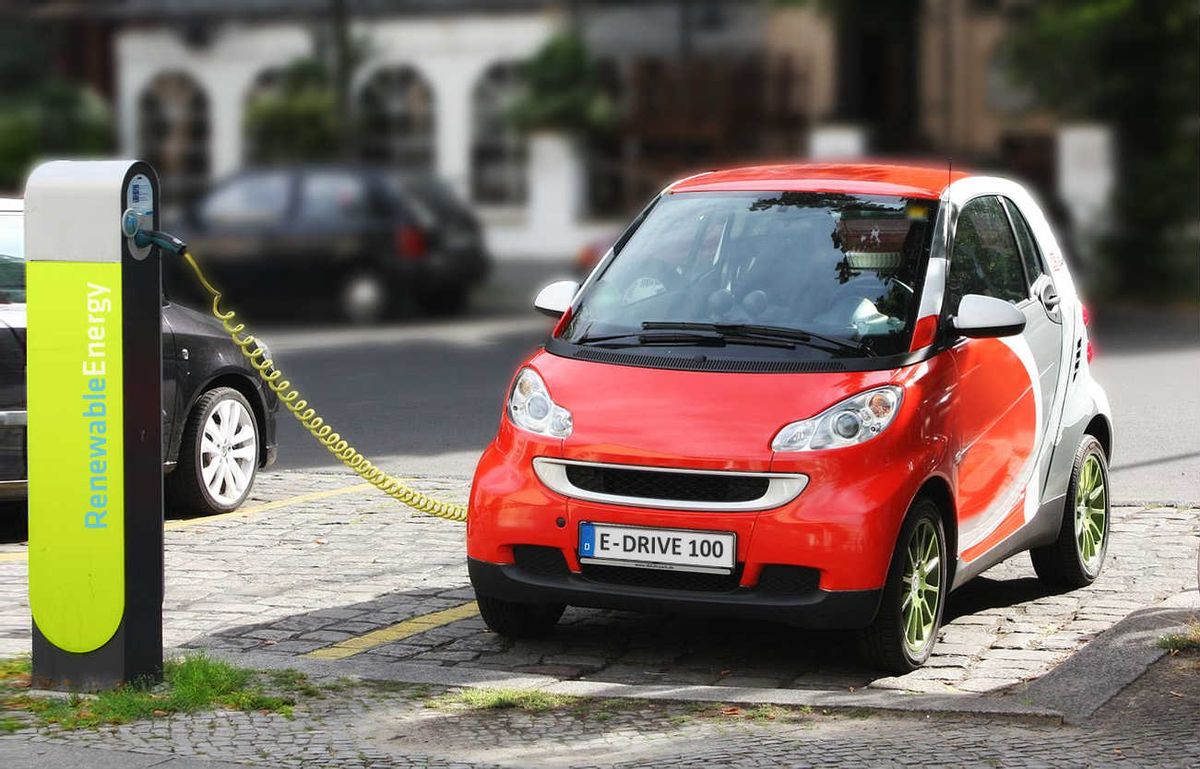 Claim:
An image shows the difference between a lithium mine and an oil sands installation.
Rating:

In May 2016, an image purportedly showing the visual difference between lithium mines (from which a key element of rechargeable batteries is extracted) and oil sands (i.e., an unconventional type of petroleum deposit) began circulating online, with text suggesting that using the latter as a fuel source was actually less harmful to the environment than electric or hybrid automobiles: The image, however, does not feature a photograph of a lithium mine. The top portion of the image shows BHP's Escondida copper mine in Chile, one of the largest such mines in the world:

Rio Tinto has a 30% interest in Chile's Escondida, the world’s largest copper-producing mine, which is managed by BHP Billiton. The bottom photograph was taken in Canada, but it shows a type of oil sands drilling site that isn't really comparable to a copper mine. Instead of selecting a picture of an open tar sand pit, the creator of this image chose a "cleaner" photograph showing an in situ oil sands facility that operates deep underground with little surface impact:

In SAGD operations, pairs of stacked horizontal wells are drilled into the reservoir about 400 metres beneath the surface. The top well injects steam to heat the bitumen, which separates from the sand and collects with the produced water in the lower well, approximately five metres below. The bitumen is then pumped to the surface, where it is separated from the water. The water is treated and recycled into the system: Other pictures show very different views of oil sands extraction sites, such as this 2009 National Geographic photograph of an Alberta oil sands site:

Dust clouds the sunset above this open-pit mine, a close up view of a small fraction of the areas surveyed in the Landsat satellite images. Oil sands mining operations are conducted on a massive scale. Similarly, this photograph shows an aerial view of Syncrude Aurora tar sands mine in the Boreal Forest north of Fort McMurray, Alberta: In short, this attempt to portray oil sands as an energy source much more environmentally-friendly than (batteries derived from) lithium mines used a photograph of a completely different type of mine for the latter, and a misleading photograph of a non-representative site for the former.