A purported 1929 quote from Liselotte Hübner about Adolf Hitler was superimposed on an image of Donald Trump. 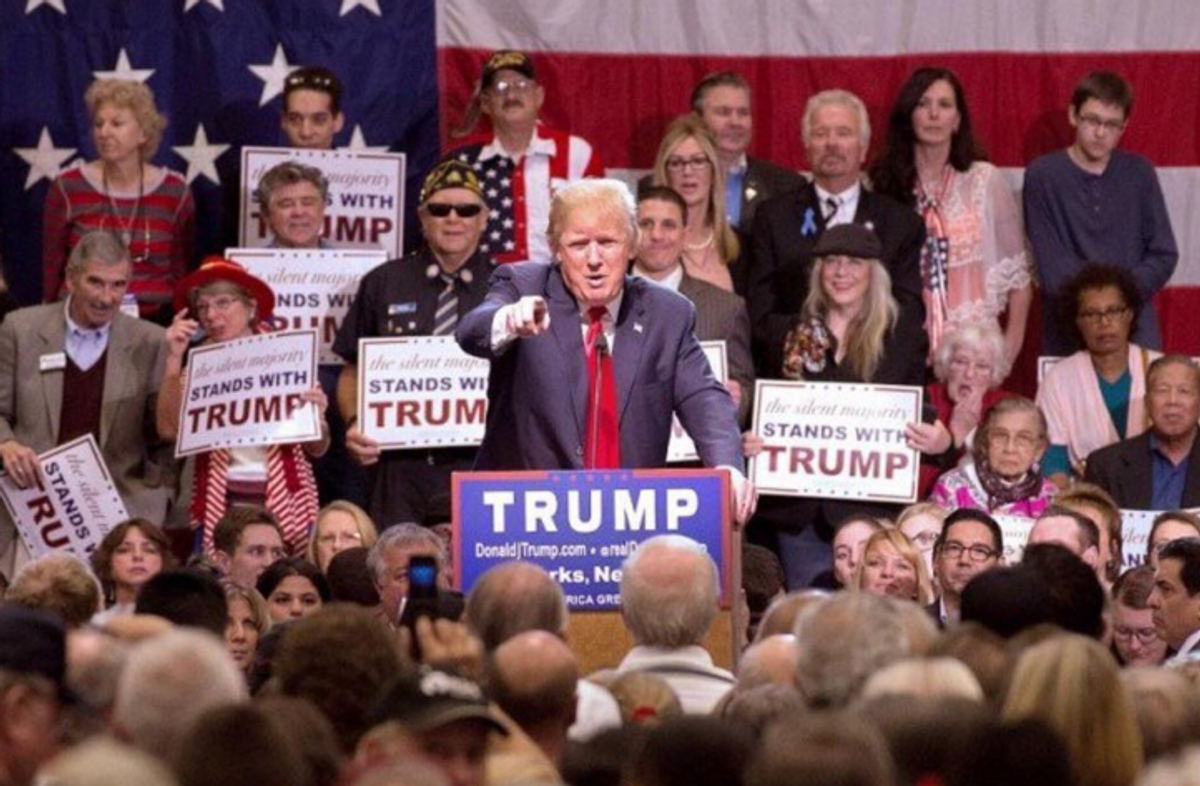 Claim:
Liselotte Hubner remarked in 1929 that the rise of Hitler, a "blusterous man," had dumbfounded educated people.
Rating:

In February 2016, a image of Donald Trump began to circulated online, superimposed with a quote ostensibly uttered by someone named Liselotte Hübner in 1929 about Adolf Hitler:

My fellow citizens, the rise of this blusterous man bewilders the educated among us, conjoins opposing politicians, agonizes our international allies, threatens minorities, spits on the disabled, and touches the hearts of those who just don't know any better.

Let us stop propounding how mad this all is, but instead, do something.

Of course, this putative 1929 statement was of interest in 2016 because it seemed to many to so aptly describe Republican presidential candidate Donald Trump. Too aptly, to some skeptics, who began to question who "Liselotte Hübner" was.

The image was first posted to the Facebook page of Sebastian Mueller-Soppart on 22 February 2016:

According to Sebastian Mueller-Soppart, Liselotte Hübner was a woman who spent time in a concentration camp after voicing her opinion about Adolf Hitler. She was also Sebastian's grandmother:

I did the translation recently, based on what my mom told me. Liselotte, my grandmother, spent two years in a concentration camp after voicing her opinion.

Sebastian admitted that the quote, as lyrical as it is, may not be entirely accurate, as there is no way to determine exactly what Liselotte Hübner might have said back in 1929:

Liselotte, my grandmother, spoke out against Hitler and consequently spent over two years in a concentration camp. Her exact words are unknown.

In other words, this quote is a modern translation of someone else's recollection of what a third party reportedly said over eighty years ago. As such, while the general sentiment it expresses may be accurate, the specific wording used may be much more reflective of 21st century American politics than 1920s-era German politics.