Did a Pride of Lions Kill and Eat a Suspected Poacher in South Africa?

A travel web site got the basic facts right about the gruesome death of David Baloyi in February 2018. 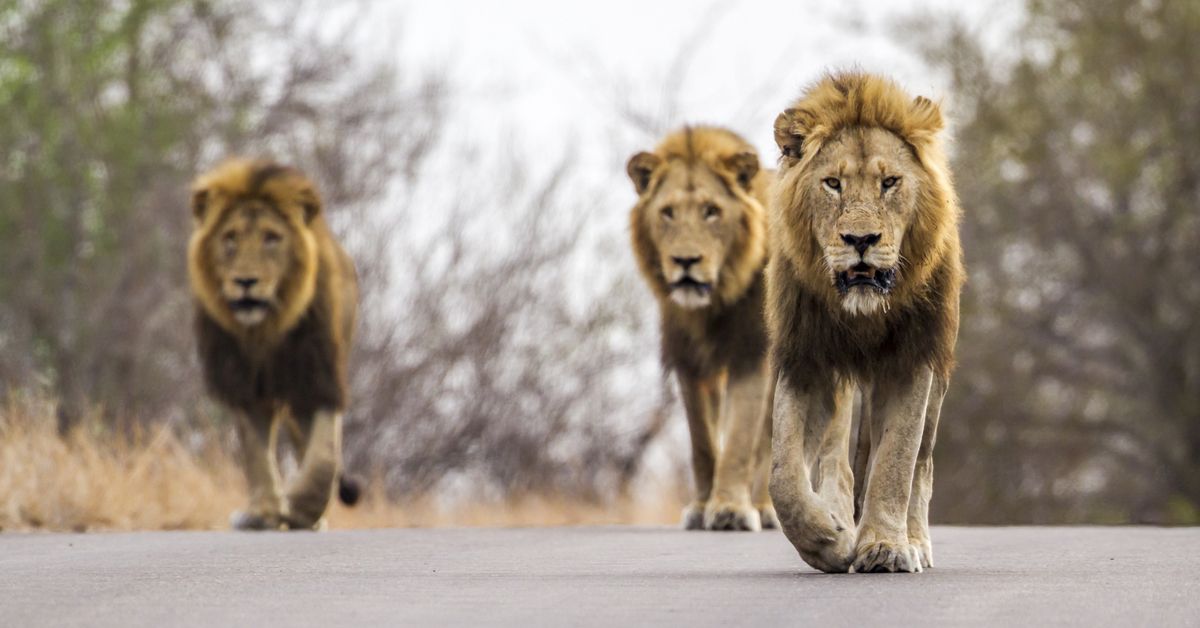 Claim:
In February 2018, a pride of lions killed and ate a man suspected of being a poacher near Kruger National Park in South Africa.
Rating:

In the summer of 2018, the relatively obscure viral content web site Southland Post published what went on to become a widely-shared article about the gruesome death of a "trophy hunter" in South Africa, who purportedly fell victim to a pride of lions after killing one of their cubs:

Ingwelala Private Nature Reserve in South Africa was shaken with the screams of a man who was attacked and killed by [a] Pride of Lion[s] in [a] private game reserve near the Kruger National Park. Before the lions were dispersed with the help of gun-shots, they had eaten most of the body barring the head that was untouched. Police initially thought that the victim was a tractor driver who worked in this private reserve. But later on when the driver appeared alive the suspicion began to grow. A hunting rifle was recovered near the remains of the dead that almost confirmed it to be a Trophy Hunter who had sneaked into the private reserve.

With the exception of certain embellishments (and despite its not coming from a well-established news source and not being particularly well-written) the article was true.

The account published by Southland Post in June 2018 was actually plagiarized from a 27 March post published on the travel web site Voyager Channel. Lacking sources and dates, that article was itself an aggregation of earlier news reports about a real incident that took place in February 2018 at Ingwelala, near Kruger National Park close to South Africa's north-eastern border with Mozambique.

On 12 February, the Agence France-Press (AFP) news agency reported the basic outlines of the story:

A suspected big cat poacher has been eaten by lions near the Kruger National Park in South Africa, police say. The animals left little behind, but some body parts were found over the weekend at a game park near Hoedspruit.

"It seems the victim was poaching in the game park when he was attacked and killed by lions," Limpopo police spokesman Moatshe Ngoepe told AFP. "They ate his body, nearly all of it, and just left his head and some remains."

The South African news web site Eyewitness News (EWN) stated that police had found a rifle and ammunition next to the man's remains, leading to the suspicion that he was a would-be poacher.

The Times Live news web site later reported that Ngoepe had identified the man as 50-year-old David Baloyi from Mavodze in Mozambique, which is 50 miles away from the South African nature reserve where he died.

Despite the headlines used by the Voyager Channel and Southland Post, however, no evidence documented that Baloyi had killed a lion cub before being attacked.

The February 2018 death of David Baloyi is not to be confused with a similar (but unrelated) lion attack that took place four months later and also gained the attention of the news media worldwide. In that incident, three would-be rhino hunters were killed by a pride of lions at Sibuya Game Reserve, which is more than 700 miles away from Ingwelala along the southern coast of South Africa.