A photograph purportedly showing a house cat cuddling with a lion was digitally altered for an advertising campaign. 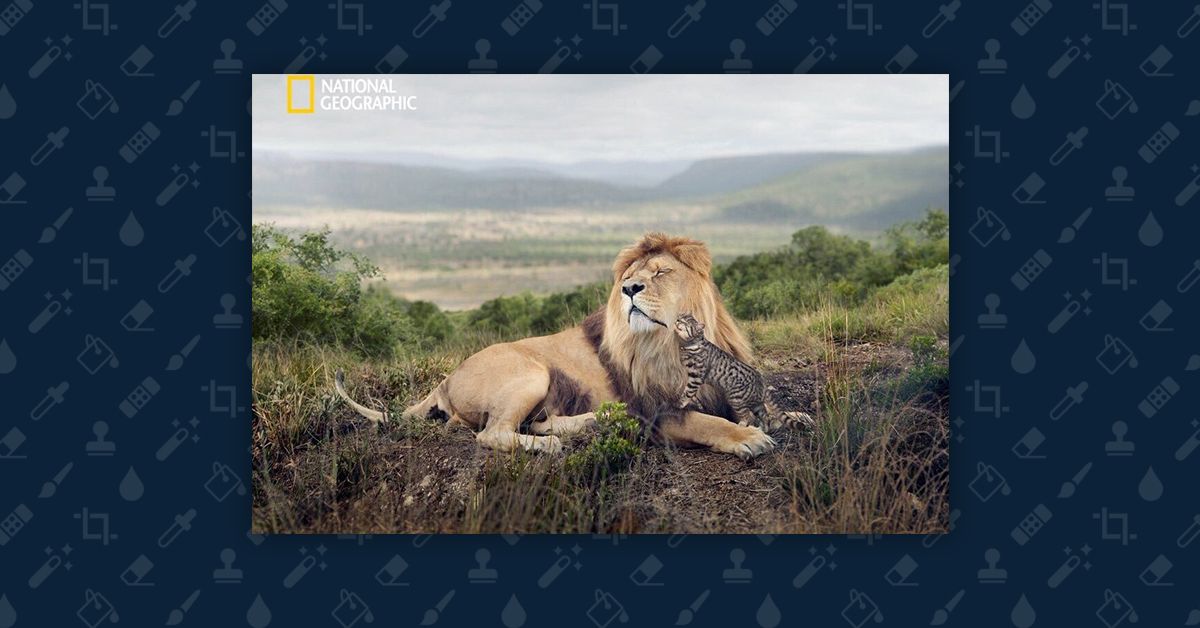 Claim:
A photograph shows a house cat cuddling with a lion.
Rating:

National Geographic has a reputation for beautifully shot, unusually intimate photographs of wildlife. Given the nature of the Internet, that now means that their logo is occasionally slapped on of doctored images in order to trick unsuspecting viewers into thinking that they are legitimate. In July 2017, the following image was the latest to become part of that trend: This image did not appear in the pages or on the web site of National Geographic, nor is it real, but it is not exactly a hoax; legitimately created by photographer George Logan and advertising agency BBDO for a Whiskas cat food campaign. Here's what Logan had to say about the "Big Cats, Little Cats" series:

The Big Cat, Little Cat series highlights parallels in the behavioural traits of domestic and wild cats, underpinning their shared instincts through a series of visually arresting images that juxtapose the wild and the tame.

The wild animals were photographed in Shamwari, South Africa with the help and support of the Born Free Foundation.

The Whiskas advertisements featured the slogan "Feeding Your Cat's Instincts": The original advertising campaign did not carry a National Geographic logo.