Did US Sen. Graham Say Trump Knows More Than CDC About Medicine?

The senator defended President Donald Trump's handling of the new coronavirus outbreak, but he didn't go this far. 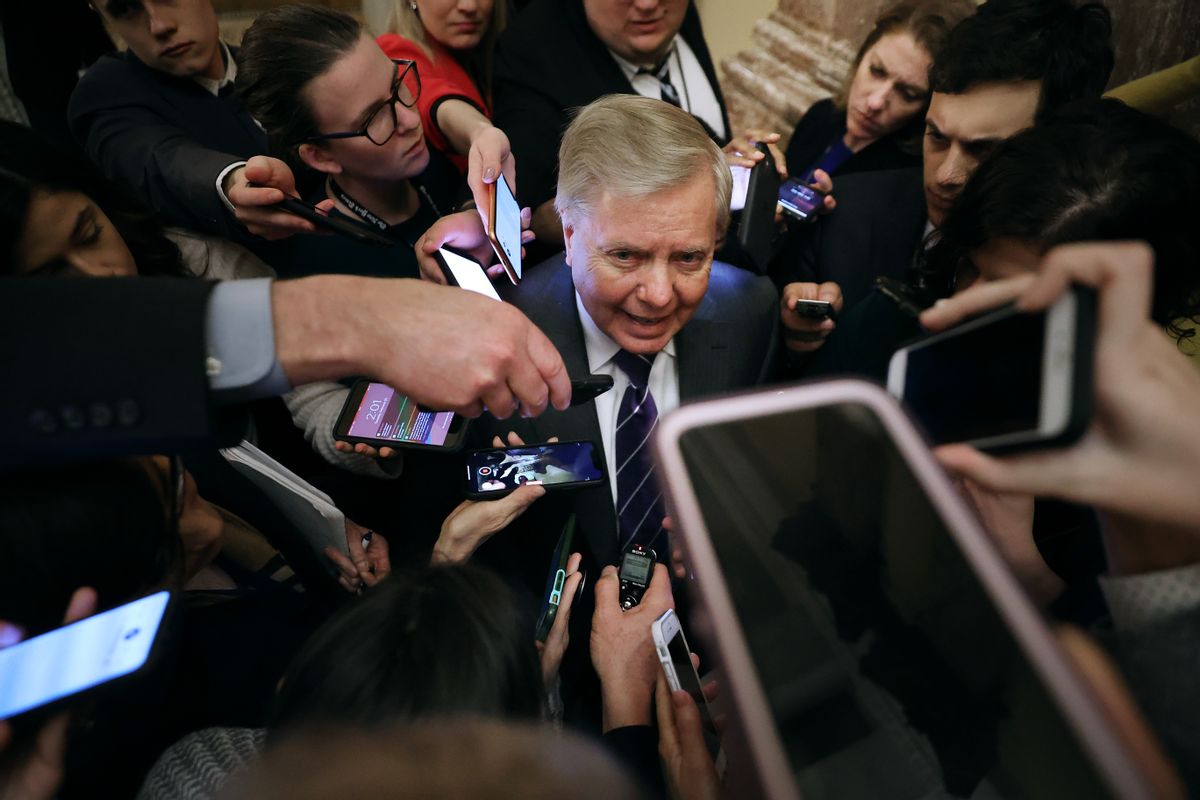 Claim:
U.S. Sen. Lindsey Graham said, "President Trump probably knows more about medicine and specifically viruses than any of the so-called scientists at the NIH and CDC."
Rating:

On Feb. 26, 2020, a quote ostensibly uttered by U.S. Sen. Lindsey Graham defending President Donald Trump's handling of an outbreak of new coronavirus was circulated on social media. Graham supposedly said: "President Trump probably knows more about medicine and specifically viruses than any of the so-called scientists at the NIH and CDC. If anyone is going to eradicate this plague it'll be the president." This is not a genuine quote from Graham.

We could not find the quote published by any credible publication. Our search of the senator's social media pages for this quote also turned up empty-handed.

The above-displayed tweet appears to be the originating source for this quote. And since this account belongs to Dan Lyons, a writer who frequently shares jokes, sarcastic quips, and outright fabrications on his Twitter feed (Lyons was behind the viral Fake Steve Jobs account), it's safe to say that this quote was conjured out of thin air. In the last few days, Lyons has also shared fake quotes from Trump's spiritual adviser Paula White and U.S. Rep. Devin Nunes, as well as this fictional exchange involving Trump: We reached out to Graham's office for comment and will update this article if more information becomes available.

Trump was criticized for his handling of the new coronavirus outbreak, with some saying that he downplayed the threat it posed to the United States. Trump, in turn, accused Democrats of "politicizing" the virus. While Graham did not say that Trump knew more about viruses than the CDC, he did defend the president's handling of the outbreak.

"I appreciate President Trump’s determination and leadership and his administration’s efforts to contain the spread of the coronavirus and keep our country safe.

“President Trump’s decision to put Vice President Pence in charge of our nation’s efforts to contain the coronavirus is an excellent idea and I have all the confidence in the world that the Vice President and his team will do everything in their power to contain this deadly virus.

“This is a difficult situation for the world at large. We must be agile and aggressive in our approach to containing this virus. I’m confident the Trump administration, working with Congress, will do everything possible to keep the American people safe and healthy.”