Did the Hudson River Flood the Lincoln Tunnel?

"Pretty sure there's a movie about this and everybody dies," one observer said dryly. 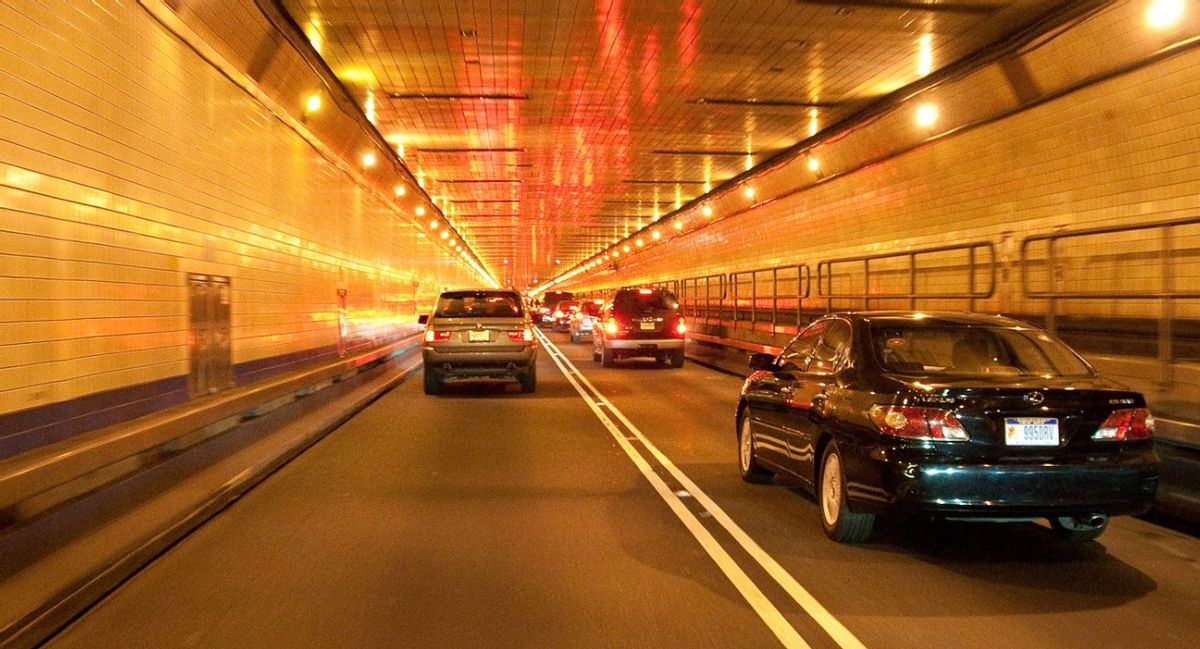 On July 14, 2020, water flooded into the underwater Lincoln Tunnel, which passes under the Hudson River and connects New York and New Jersey.

The water wasn't a result of the Hudson River breaking through and flooding the tunnel. There was a water main break in a facility room, which was repaired.

Frightened commuters traversing the Lincoln Tunnel, which passes under the Hudson River and connects New York and New Jersey, thought they were part of a dystopian disaster movie on the night of July 14, 2020, when water began rushing into the tunnel.

The incident caused some to fear that the Hudson River was flooding the underwater tunnel.

Although the sight of water flooding into an underwater tunnel was no doubt scary, the Port Authority of New York and New Jersey, which maintains the tunnel, said the water wasn't from the Hudson. Spokeswoman Amanda Kwan said in an email that the flooding was from a water main rupture in a facility room. "It was fixed and all water from the rupture has been pumped out as designed."

The year 2020 may have been beset by a number of crises, including the COVID-19 coronavirus pandemic and inflamed national political rhetoric, but one of those was not the Lincoln Tunnel failing and the Hudson River overtaking trapped commuters.