Was Lincoln's Portrait Removed from the White House for a Picture of the Obamas' Dogs?

"It just always bothered me every single time I walked by it." 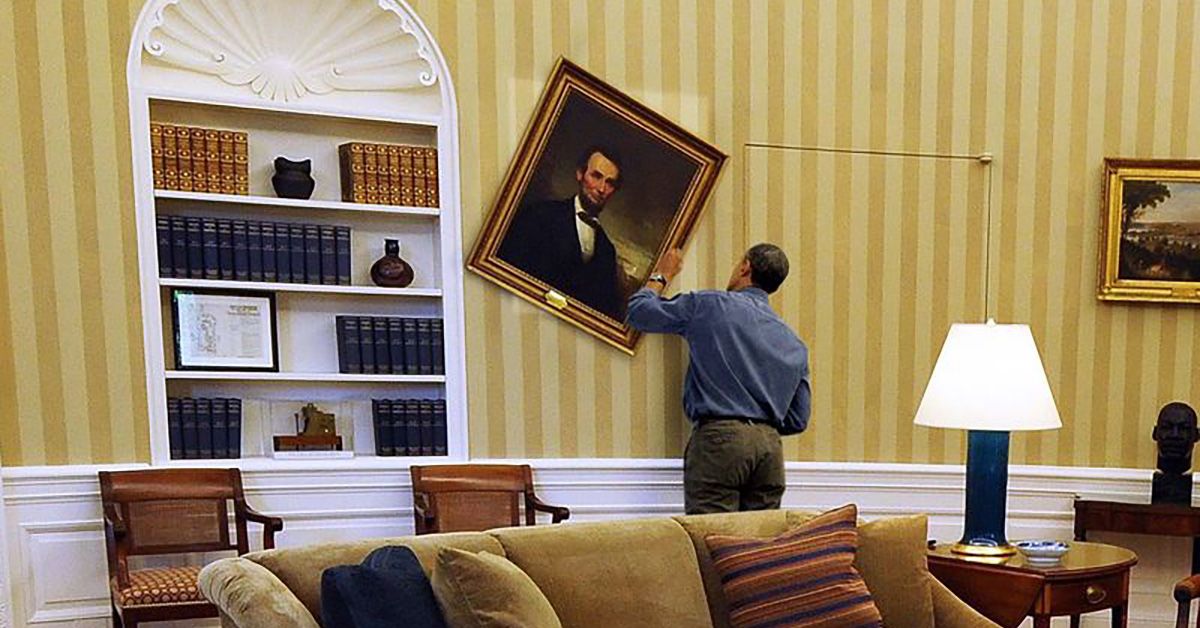 Claim:
A portrait of Abraham Lincoln was removed from the White House to make way for a picture of the Obamas' pet dogs.
Rating:

On 8 April 2015, an article positing that a portrait of revered U.S. president Abraham Lincoln had been removed from display on a wall at the White House in order to make room for the hanging of a picture of the First Family's pet dogs was widely circulated via social media:

In a [sic] announcement from the White House today the portrait of the sixteenth president of the United States, Abraham Lincoln, was removed from its location in favor of an image of the Obama's Portuguese Water Dogs Sunny and Bo.

The decision was made by The First Lady Michelle Obama, who was not shy in explaining why she had the portrait removed.

"It just always bothered me every single time I walked by it. It looks like some creepy old malnourished white guy with sunken cheeks and bad posture. That's nothing to be proud of, and honestly it sets a bad example. It's not like the guy has done anything for us recently anyways. He's been dead for like what? Three hundred years now? At least with Sunny and Bo up there it makes the room a little more warm and inviting instead of some dark picture of some dead white guy."

Many readers mistook the article for a genuine news report, but it was just another fabrication from a junk news website.

The image showing President Barack Obama appearing to move the portrait of President Abraham Lincoln was repurposed from a satirical story that originated on The Onion:

Quietly tiptoeing between the East Room and the Lincoln Bedroom in the dead of night Monday, President Obama once again spent another evening peeking behind the scores of paintings located throughout the White House in hopes of locating a hidden safe or secret passageway, executive branch sources confirmed.