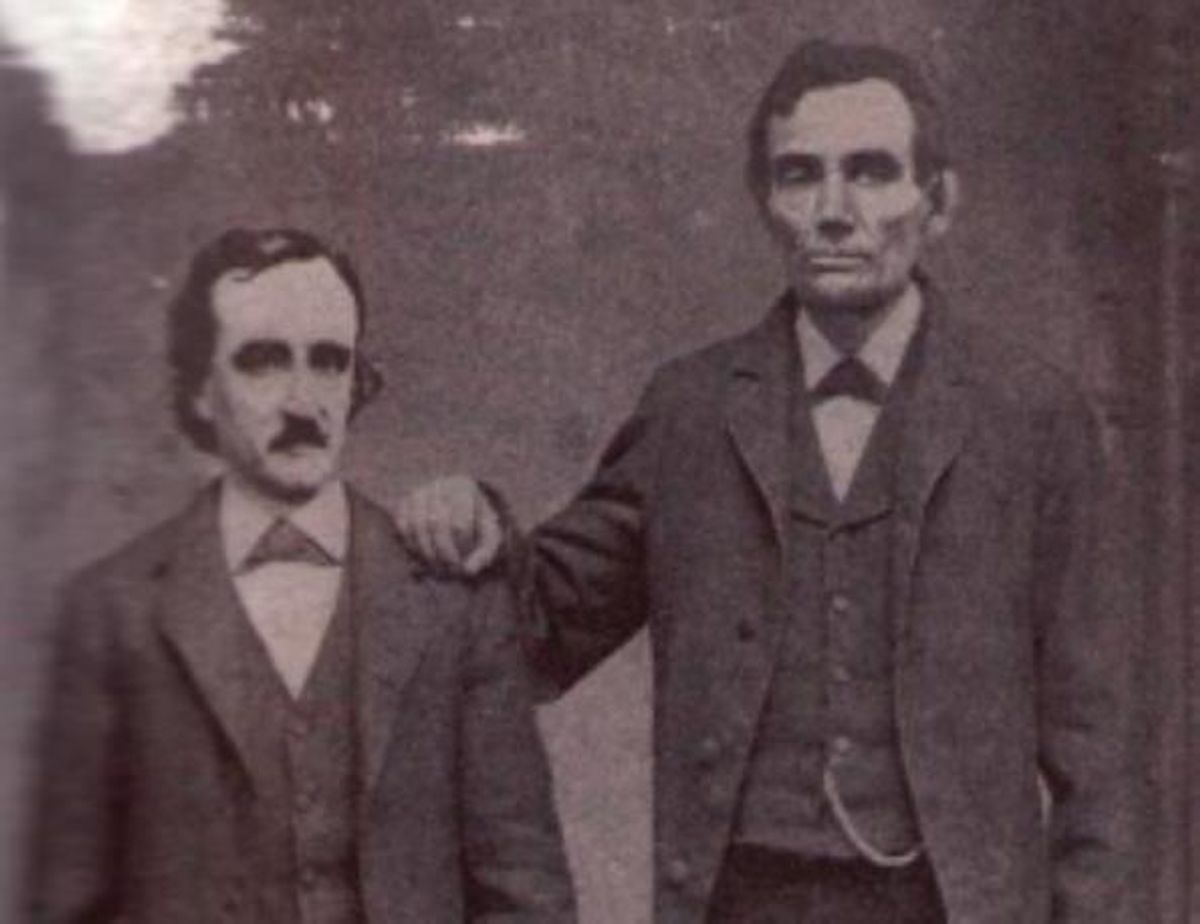 Previous Article
Next Article
Article 6 of 14 in Collection

Photographs of two towering figures from different fields of endeavor are always popular, with their intrigue factor being directly proportional to their age. The image seen here is particularly compelling for capturing not only two intellectual giants of the 19th century, but for dating from the early ages of photograph itself. Seen here are author Edgar Allan Poe, best known for his tales of mystery and the macabre, and Abraham Lincoln, future President of the United States: Unfortunately, this photograph can't be real: although the two men were contemporaries and Lincoln was aware of Poe's work, they never met in real life. And even if they had, this couldn't be a picture of that event, as Poe died in 1849, and the single extant photograph of Abraham Lincoln taken prior to Poe's passing is a Daguerreotype from 1846 showing Lincoln posing alone: This picture is simply a cut-and-paste job using a vintage photograph, with the heads of the two famous men grafted onto the bodies. (The face of Lincoln used here is from a photograph taken of him in 1858, long after Poe was dead.) The fake photograph of the pair appeared in the 2010 book Abraham Lincoln, Vampire Hunter, a horror mash-up novel that presented Lincoln as a friend of Poe's and "one of the gifted vampire hunters of his day."

Previous Article
Next Article
Article 6 of 14 in Collection