Were Several Men Arrested for Sexually Assaulting a Crocodile?

South African men did not revenge themselves on a crocodile that was eating their livestock by raping it. 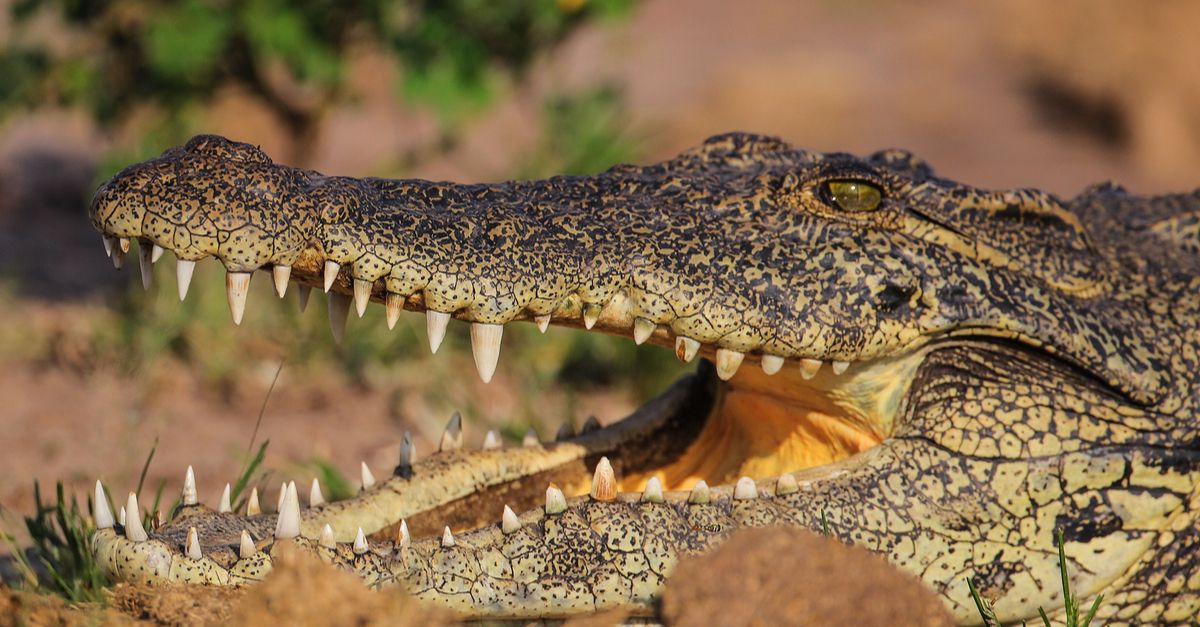 Claim:
Brothers in Limpopo, South Africa, were arrested for raping a crocodile.
Rating:

In December 2016, a story that three brothers in Limpopo, South Africa, were arrested for raping a crocodile that was attacking their livestock was widely spread on social media: Four brothers and their cousins from Limpopo have been arrested after they captured a crocodile which had been eating their livestock and allegedly gang-raped it for days.

Reports are that the farmers(names withheld pending full investigations) who were gatvol with the crocodile which was eating their goats on a daily basis, set a trap and captured the reptile alive.

They then took the crocodile to their compound where they took turns to se_xually abuse the poor animal-believed to be a female- for days on end in one of their huts.

The brothers were exposed after Department of Parks and Wildlife launched an investigation after a tip-off from an anonymous whistle-blower.

While this story found a welcoming home in certain dark corners of the Internet as genuine news, and was picked up by several disreputable web sites aimed at mocking African culture, it contains not even a shred of truth. This story was originally published by the web site "iMzansi," a "satire" publication, on 18 October 2016:

Imzansi is a news and political satire web publication, which may or may not use real names, often in semi-real or mostly fictitious ways. Some of the news articles contained within iMzansi.co.za are fiction, and sometimes fake news.

iMzansi is intended for a mature, sophisticated, and discerning audience.

Only one crocodilian species is endemic to South Africa: the Nile crocodile. This formidable creature has a reputation as a man-eater, and in the photograph displayed with this fictional story is almost certainly dead.