Actor Milana Vayntrub's work as Lily in AT&T television commercials has long been the subject of misleading online advertisements. 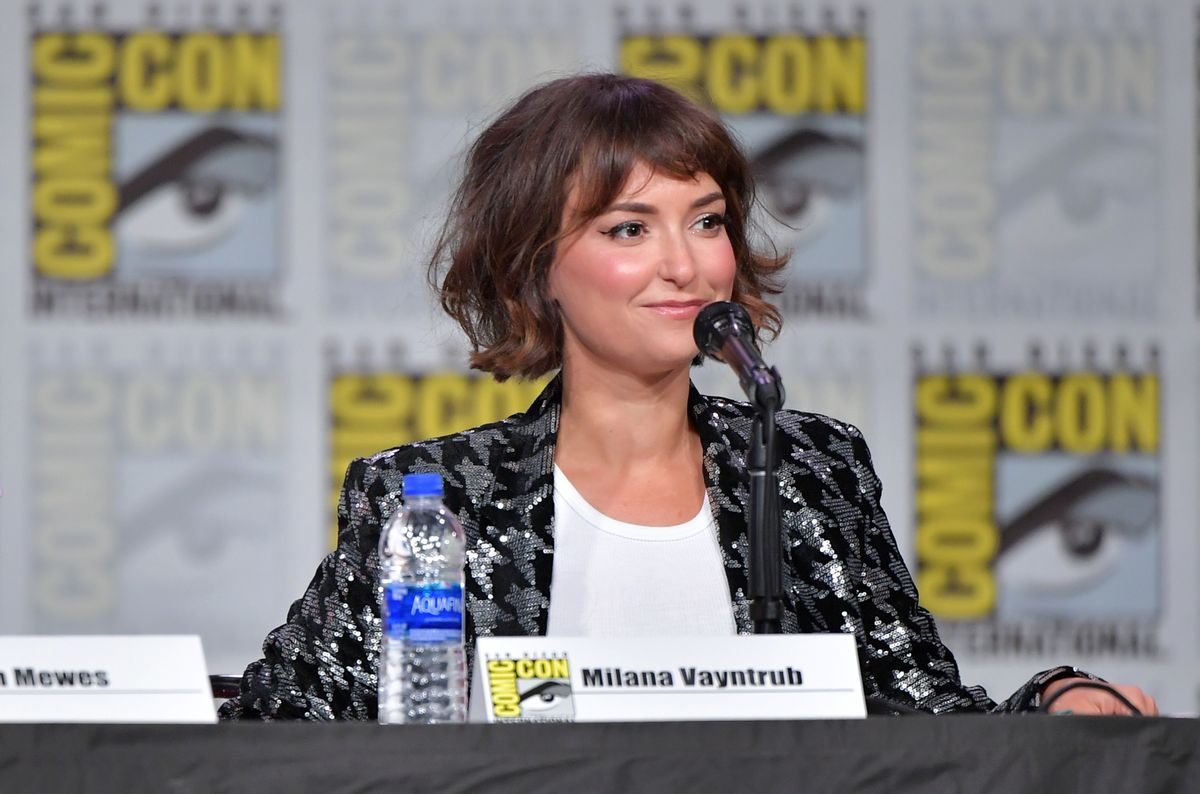 Claim:
Milana Vayntrub, the actor who portays Lily Adams in television advertisements for AT&T, was fired or quit.
Rating:

In November 2021, an online advertisement claimed that actor Milana Vayntrub, who portrays Lily Adams in television ads for AT&T, was "no longer doing commercials." Various baseless rumors in Google search results and elsewhere had also claimed Vayntrub had been "fired" or had a "meltdown" or "breakdown." All of these claims were made with no data or sources to back them up.

In this case, the full ad text read: "She's No Longer Doing Commercials, What She Does Is Better." One of the pictures was manipulated to enlarge Vayntrub's chest as an apparent way of attempting to lure readers.

However, this was nothing but clickbait. We clicked the ad. It led to a lengthy slideshow article on definition.org that required a seemingly endless number of "Next Page" clicks.

On the first page of the story, it showed Vayntrub in character with a "Lily" name badge for one of the past AT&T ads:

Love them or hate them, commercials are part of our entertainment experience. No matter how badly we want to click that skip button, we can’t help but recognize the same faces over and over again. Some characters in these ads are so funny and memorable that they become stars. How are the stars from your favorite commercials doing?

Later in the article, the page for her mentioned nothing about the actor "no longer doing commercials."

Vayntrub's page listed a purported net worth of $3 million. It also only had one sentence: "Milana Vayntrub has been in a huge number of popular television shows over the years, appearing on such hits as 'ER,' the soap opera 'Days of Our Lives,' and 'Lizzie McGuire.'"

Not only was the clickbait ad false, but its creator appeared to have enlarged Vayntrub's chest and even altered her face from the original picture. Vayntrub previously addressed this sort of online harassment, according to an August 2020 report from Insider.com.

In March 2021, The Independent also published that Vayntrub had tweeted about why she chose to position her body a specific way in a new AT&T commercial:

As she tweeted, it's true that Vayntrub had doubled her role, acting as Lily and also directing the AT&T ads herself.

As for Vayntrub and AT&T, new commercials starring her character Lily were still airing as of October and November 2021. Further, there's no indication from entertainment blogs that she had moved on or was pursuing other acting avenues. It was nothing but misleading clickbait by the online advertiser.