Is This a Lightning Bolt Resembling the 'Circle Game' Gesture?

You can never be too careful when playing the circle game. 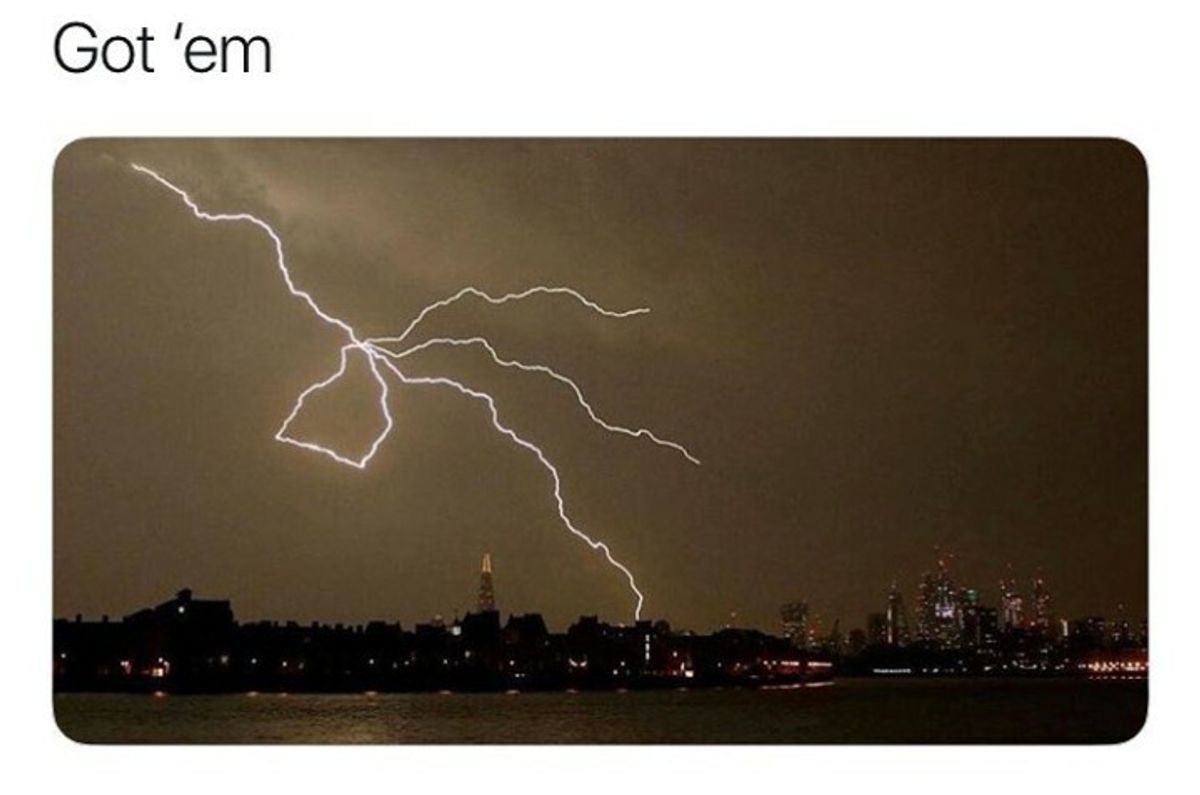 A photograph supposedly showing a bolt of lightning resembling the hand gesture used in the "circle game," a popular schoolyard activity, is frequently shared online: Thunderstorms and torrential rain have swept across parts of southern Britain, with lightning flashing across the sky.

The Met Office has issued a yellow warning for heavy rain and flooding across Wales and most of England.

A house in Stanway, Essex, lost its roof to a fire after lightning struck it in the early hours of Sunday morning.

Firefighters worked on the blaze for almost three hours, eventually extinguishing it at 04:30 BST. No injuries were reported in the incident.

The "circle game" lightning bolt is based off of a photograph that was taken by Tom Jacobs for Reuters. It is available via the BBC with the caption: "The Met Office has warned of flooding and possible damage to buildings from lightning, which is pictured here striking over the city of London."

Here's a comparison of the doctored photograph (left) and the original photograph (right):