Is This a Real Photo of a Lighthouse with a Massive Wave Hitting It?

Lighthouses off the Brittany coast in France often get a lashing from the sea. 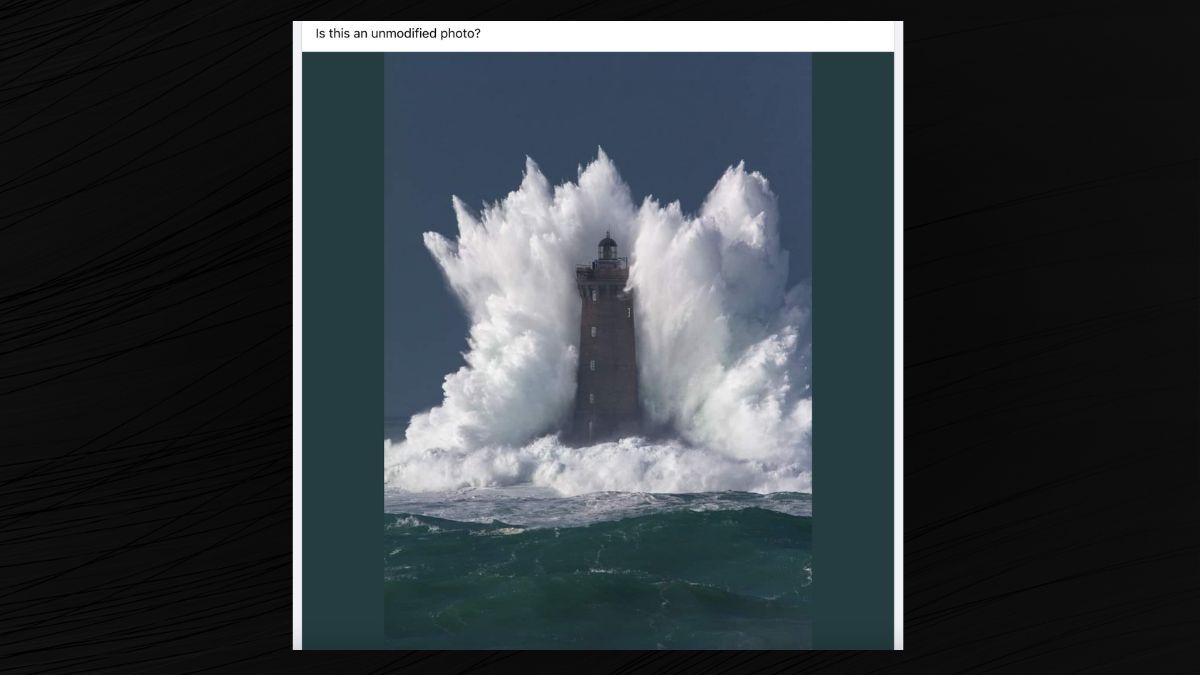 Claim:
A photograph shows a massive wave crashing into a lighthouse.
Rating:

In December 2022, social media users shared a picture of a lighthouse with a massive wave crashing over it, with some asking whether it was an authentic photograph. Here is a screenshot of the photograph, as posted by an inquiring reader to the Snopes Tips Facebook page (with the reader's name cropped out for privacy): 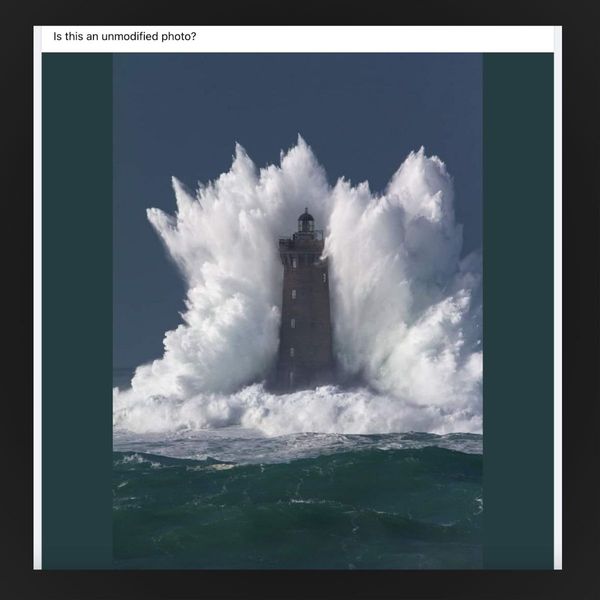 The photograph is real, and was published in September 2015 on the blog Sailing Leander, an online journal of the seafaring journeys of a family that circumnavigated the globe in a sailboat from 2007 to 2016. The photograph was credited to Frederic Le Mouillor, and depicts the family's passing of the Brittany coast in the west of France, where the landmark Chenal du Four lighthouse stands.

On calmer days, the sailing family explained on their blog, the west-facing portion of the lighthouse is discolored because of the fact that it is often hit by massive waves.

Another photograph of a lighthouse off the same coast went viral in 2021.That photograph showed the Atlantic Ocean waters churning around the base of a lighthouse with a man standing in an open door. It was taken from a helicopter in 1989.