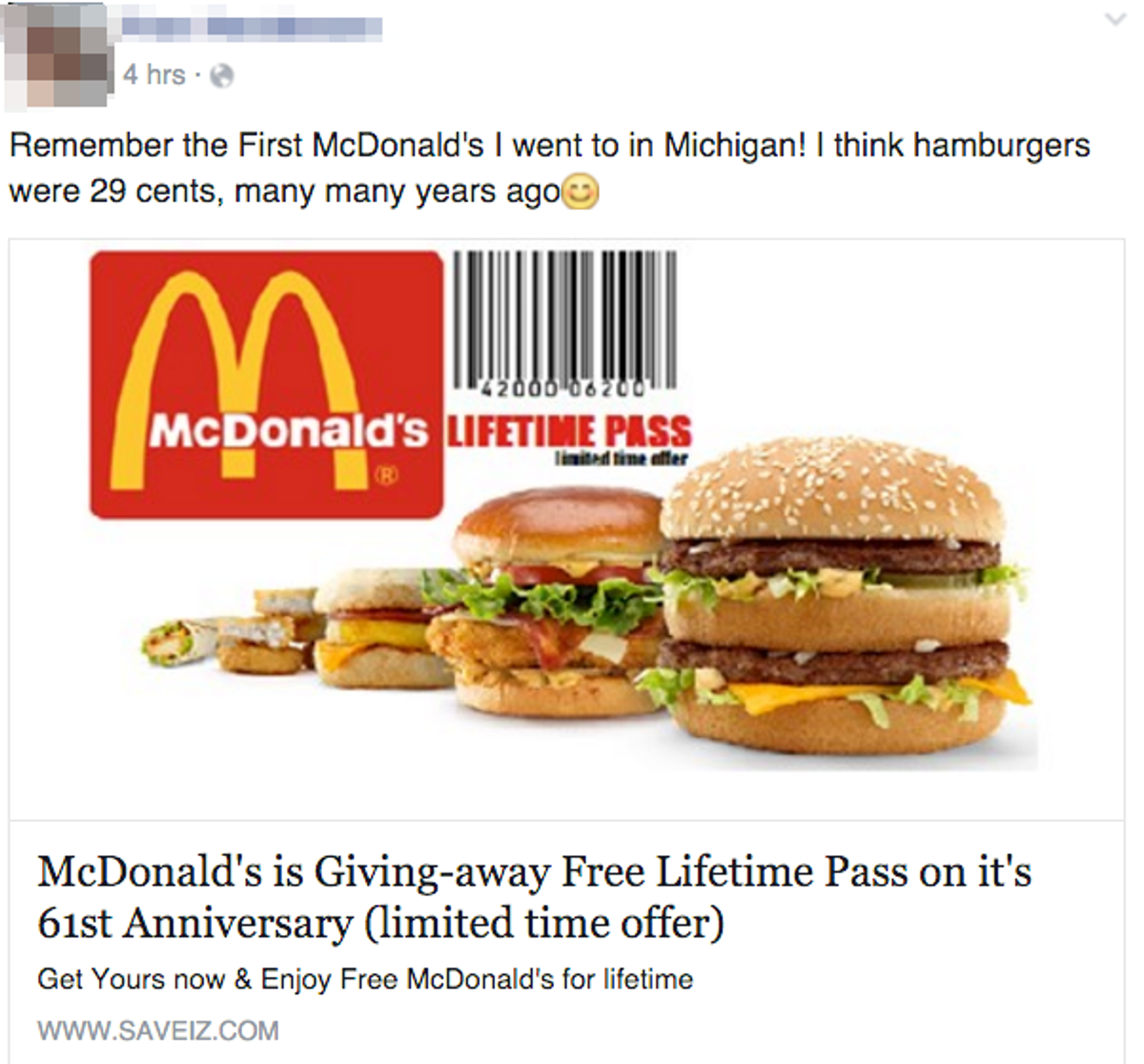 The embedded links led to several URLs, and users who clicked through on them to claim the promised lifetime passes were routed to a pages that cloned the style of Facebook-based content (but were hosted off Facebook): As noted, the visible URLs in the above-reproduced images don't belong to any official domains owned by these fast food chains. The ads are survey/sweepstakes scams that urge users to share their enticements via Facebook in order to recruit friends to further the fake promotions and dupe visitors into subscribing to various expensive offers to claim their "free" passes.Most social media users are familiar with survey scams conducted in this fashion: Kohl's, Costco, Home Depot, Lowe's,Kroger, Best Buy, Macy's, Olive Garden, Publix, Target, and Walmart are among retailers used as bait by scammers, with many of these scams aiming to capture personal information and valuable page likes from Facebook users.

A July 2014 article from the Better Business Bureau explained how users can spot and avoid scammers imitating high-profile brands on social media:

Don't believe what you see. It's easy to steal the colors, logos and header of an established organization. Scammers can also make links look like they lead to legitimate websites and emails appear to come from a different sender.

Legitimate businesses do not ask for credit card numbers or banking information on customer surveys. If they do ask for personal information, like an address or email, be sure there's a link to their privacy policy.

When in doubt, do a quick web search. If the survey is a scam, you may find alerts or complaints from other consumers. The organization's real website may have further information.

A nearly identical scam common in October 2015 promised a lifetime pass to Starbucks in the same manner. Many users who completed the steps were dismayed to discover that no such reward awaited them.

KFC subway McDonald's survey scams something for nothing
Read More