Liberalism Summed Up in 10 Seconds

A video showing an inconsolable protester wailing because a policeman popped her balloon is not what it seems. 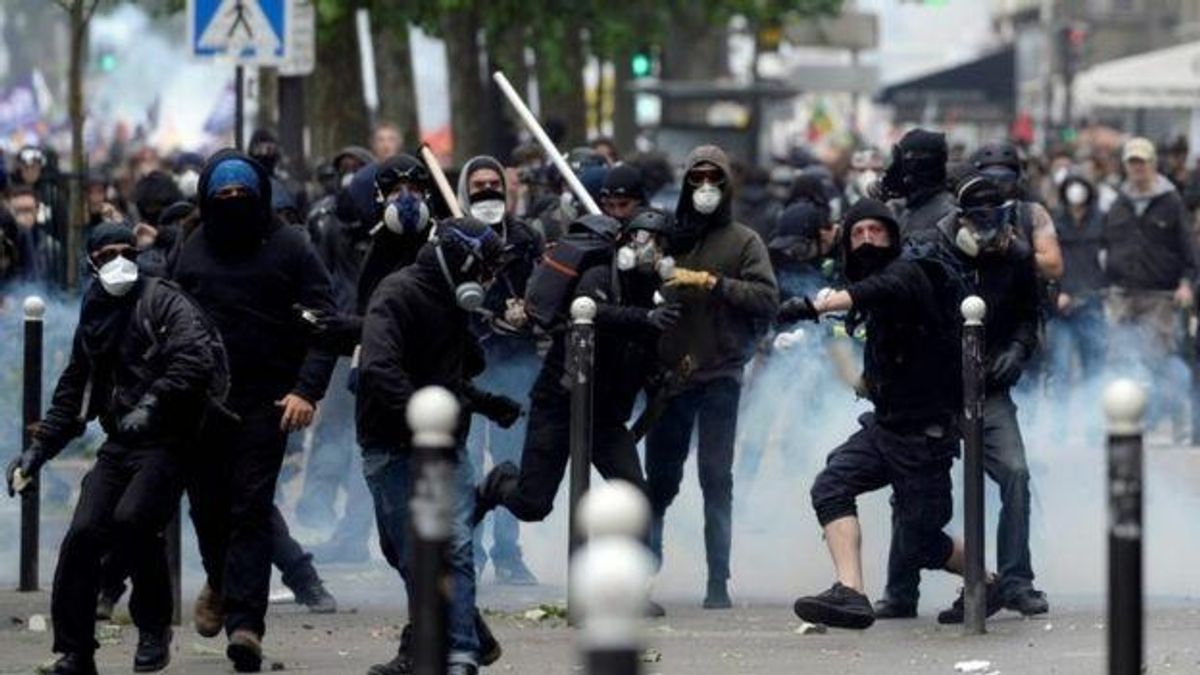 Claim:
A video showing an inconsolable protester wailing because a policeman popped her balloon.
Rating:

November 2016 saw the circulation of a video seemingly showing an inconsolable protester wailing because a riot policeman popped a balloon she was holding:

The video was circulated under titles such as "Liberalism Summed Up in 10 Seconds" at a time when many protests against the recent election of Donald Trump as president were being staged in the United States. However, the events depicted in the video did not take place in the U.S. (and were unrelated to the election there), and the clip has been edited and altered to present a misleading depiction of what took place.

The clip was taken from a video of a demonstration staged in Paris in May 2016 to protest a controversial labor reform effort:

Protests in Paris over a French labour reform bill have turned violent, with at least 40 people injured, including 29 police officers, and 58 arrests.

At least 75,000 demonstrators had convened in the capital as the upper house of parliament debated changes to employment laws.

One of the city's best-known attractions, the Eiffel Tower, was closed due to strike action by staff.

The labour reform makes it easier for employers to hire and fire workers.

It would also relax the limit on working hours. The government forced the changes through the National Assembly last month without a vote.

The protests turned violent in some areas of the city, requiring the deployment of riot police. But some demonstrators resorted only to symbolic violence, using long thin balloons fashioned into representations of swords to gently bat at police. One such encounter is shown in the clip embedded above, in which a young woman taps her balloon on the helmet of a policeman in riot gear, who quickly reaches up an arm to fend her off and pops her balloon in the process, sending her screeching to the ground (with the implication that she was disconsolate and acting out simply because a policeman rudely popped her precious balloon).

However, a fuller video of events tells a different story:

It appears that earlier in the demonstration, the young woman's balloon was coated with a form of caustic agent (such as tear gas), the residue of which was flung into her eyes when the policeman in front of her batted her balloon back towards her face and ruptured it. The end of the full-length video clearly shows other demonstrators coming to the woman's aid and attempting to irrigate her eyes, and the piercing eagle shriek-like wail heard in the shorter clip is absent, clearly indicating that it was misleadingly added afterwards to make the young woman's reaction seem petty and foolish.