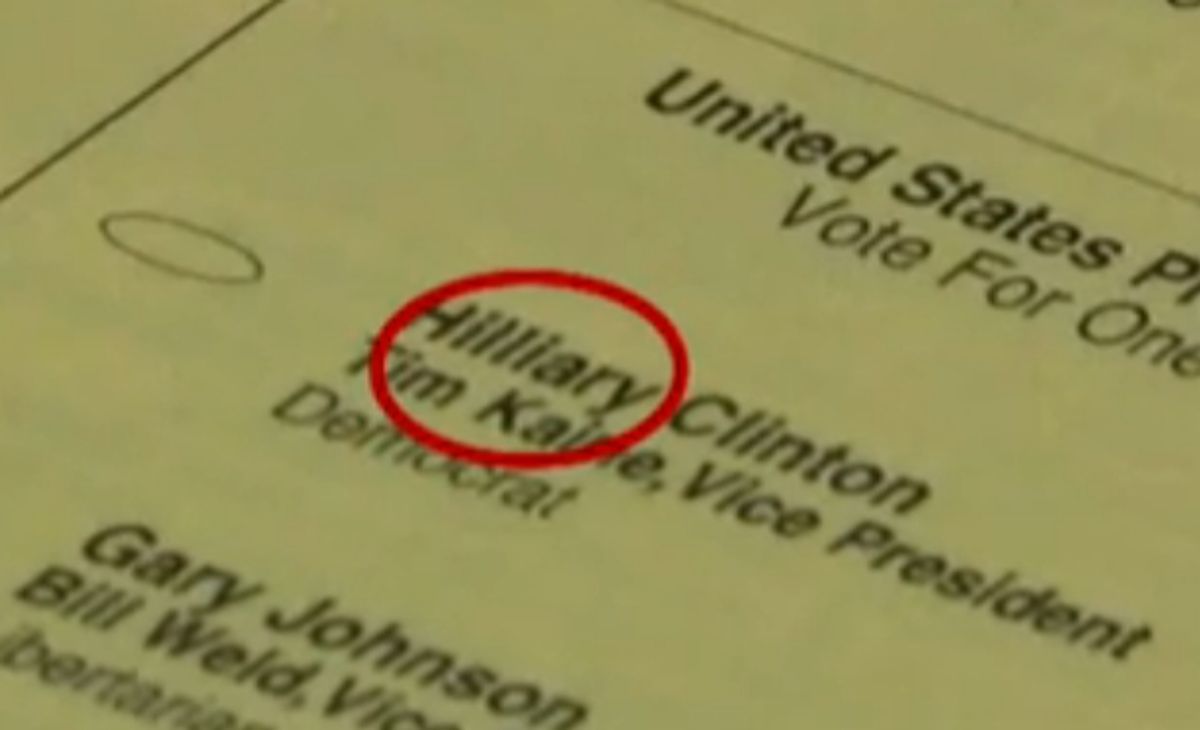 It's a head-scratcher. No one seems to know how it happened, but the ballots printed up for use by Lonoke County, Arkansas residents in the 2016 general election contained a suspicious typo: Democratic presidential candidate Hillary Clinton's name is spelled with an extra "i" — "Hilliary" — as in "Hil-liar-y."

KARK 4 News in central Arkansas confirmed the misspelling with county elections officials, who said it happened despite multiple proofreadings:

"It is amazing that that many people missed it," Jerry Shepard, chairman of the Lonoke County Election Commission, said.

After crossing what they thought was every T under the sun, the Lonoke County Election Commission admits there was an I that not only didn't need to be dotted but should never have appeared on the ballot.

"We were not made aware of it until voting began," Shepard said.

"Hillary has an extra I in it, but Clinton is spelled perfectly correctly," Shepard said.

Shepard, we should note, is a Republican, though his fellow commissioner Jimmy Wallace is a Democrat, and Wallace agreed that no defamation was intended. Not everyone was willing to take it for granted that the misspelling was an innocent mistake, however. A local voter posted this blunt accusation on Facebook:

They spelt it “Hilliary” which I’ve seen some of my friends say Lonoke county did this on purpose to spell liar.

I would like to believe that they did not do this on purpose because I think it was just a spelling error. However I did contact the clerks office and told them of this error and they told me that they are blowing it off because they don’t expect people in Lonoke county to vote for Hillary Clinton.

Whoever I spoke to they were rude and they just laughed off my complaint so I decided to call the Arkansas Secretary of State’s office. They took my complaint and forwarded me to the Arkansas Election Commission, where I filed an official complaint on the Lonoke County Clerks office.

Shepard said there wouldn't be enough time to reprint the ballots before election day.