Is the 'Liar in Chief' Time Magazine Cover Real? 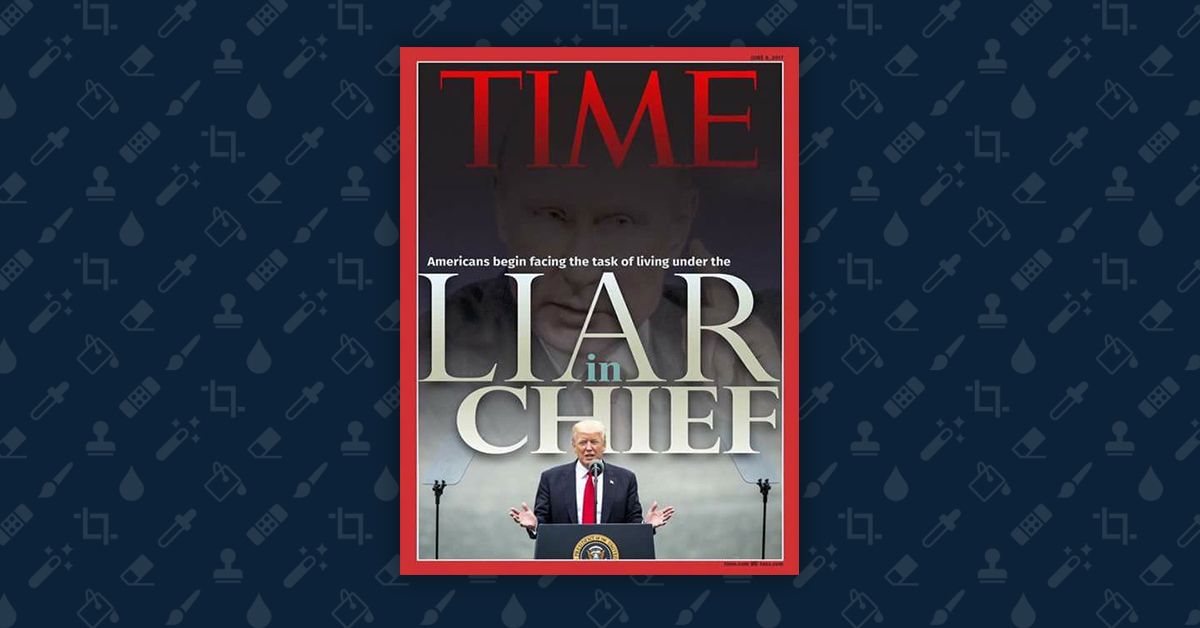 Claim:
An image shows a real Time Magazine cover featuring a picture of President Trump and the words "Liar in Chief."
Rating:

An image showing a purported Time magazine cover featuring a picture of President Trump, an ominous background image of Russian President Vladimir Putin, and the words "Liar in Chief" spread on Twitter in June 2017: This is not a real Time cover. It was not promoted on any of Time's social media sites and does not appear in the publication's online archive of magazine covers.

A spokesperson for the publication confirmed that Time Magazine did not publish the "Liar in Chief" cover. The magazine's actual cover at the time of this writing features the headline "The Swamp Hotel":