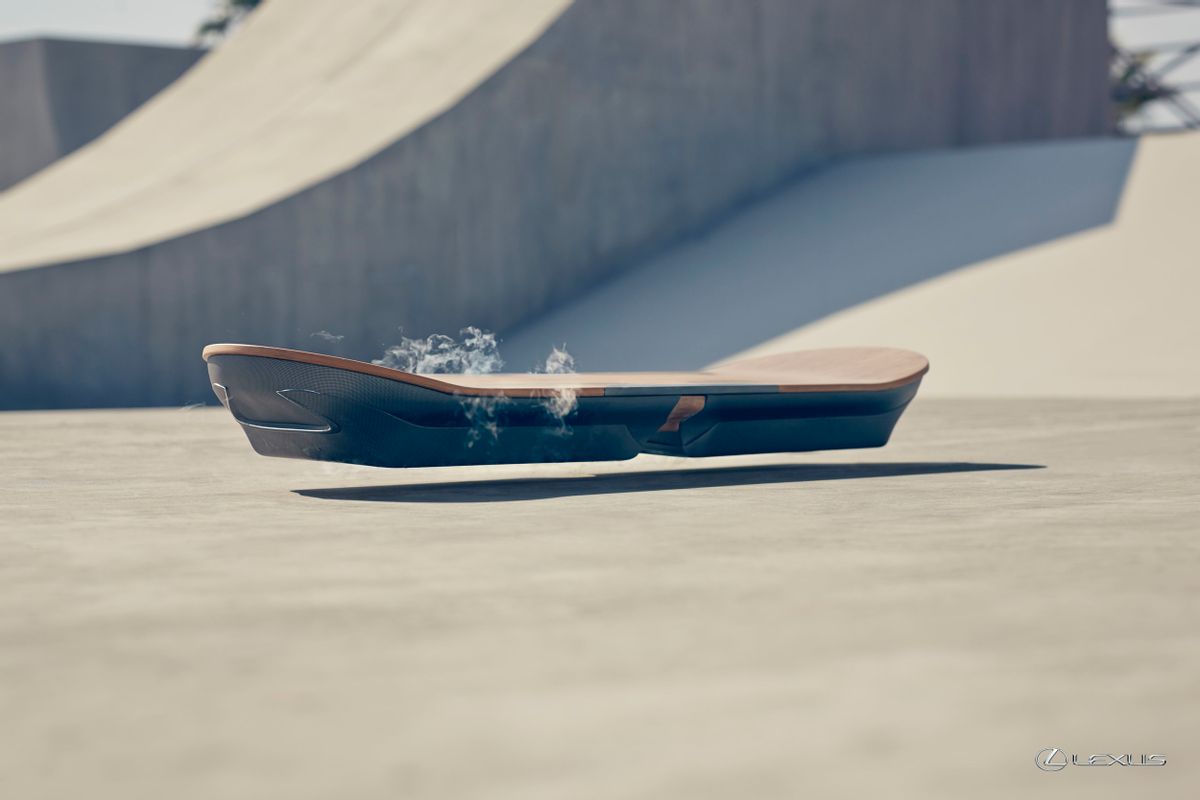 FACT CHECK:   Has automaker Lexus created a real working hoverboard like the type seen in the Back to the Future films?

Claim:   Automaker Lexus has created a real working hoverboard like the type seen in the Back to the Future films.

Origins:   On 23 June 2015, automaker Lexus shared a video purportedly showing a real working hoverboard of the type skateboarders have been eagerly awaiting ever since it was showcased in the 1989 film Back to the Future II:

When technology, design and imagination come together, amazing things can be achieved.

SLIDE is the fourth project in the ‘Amazing in Motion’ series and this time, we’ve challenged ourselves more than ever, in order to create something unique.

The Lexus hoverboard represents true engineering innovation and over the coming weeks, we’ll be bringing you regular updates on the progress of this extraordinary project.

Although the SLIDE project is real, the above-displayed video left viewers with several misconceptions about Lexus' hoverboard.

First, the video does not actually show anyone riding the hoverboard. While the company claims that their hoverboard is "rideable," they have yet to demonstrate this.

Second, the SLIDE Hoverboard does not live up to the cinematic standards set by the Back to the Future film series, which shows hoverboards that go anywhere, floating above any type of surface. While it's possible that the Lexus board is "rideable," a spokesperson told Engadget that the board can only be used in a very specific area:

We got in touch with Lexus, and confirmed that like the other examples we've seen, there is a metal surface underneath the skate park shown here — it's real, but you won't be riding this thing just anywhere.

Lastly, this hoverboard is not being promoted as a product to be offered for sale to the general public by Lexus. It's a prototype that was designed for the "Amazing in Motion" campaign, which seeks to showcase the company's "commitment to pursuing new possibilities in advanced design and technology":

The Hoverboard is part of the fourth project in the Lexus Amazing in Motion campaign, an international showcase for the brand's creativity and innovation. The prototype is being tested in Barcelona in the coming weeks prior to the campaign's launch this summer.

Mark Templin, Executive Vice President, Lexus International, said: "At Lexus we constantly challenge ourselves and our partners to push the boundaries of what is possible. That determination, combined with our passion and expertise for design and innovation, is what led us to take on the Hoverboard project. It's the perfect example of the amazing things that can be achieved when you combine technology, design and imagination."

According to famed astrophysicist Neil deGrasse Tyson, expectations for hoverboards of the sort depicted in the Back to the Future movies are completely unrealistic:

There are people working on it, and there are working versions of it, but hoverboards that cover everywhere? Where you would have taken a skateboard? I think that’s unrealistic, and it requires a special under surface to support it.

I can imagine hoverboards in certain hoverboard venues where they've actually done the physics right in the hoverboard and the ground surface as well. But otherwise, no.

Films Movies hoverboard hover board back to the future
Read More