Levi Strauss CEO Chip Bergh did pen an open letter requesting that gun owners refrain from bringing their weapons into stores, but Levi Strauss has not instituted a policy change or a gun ban. 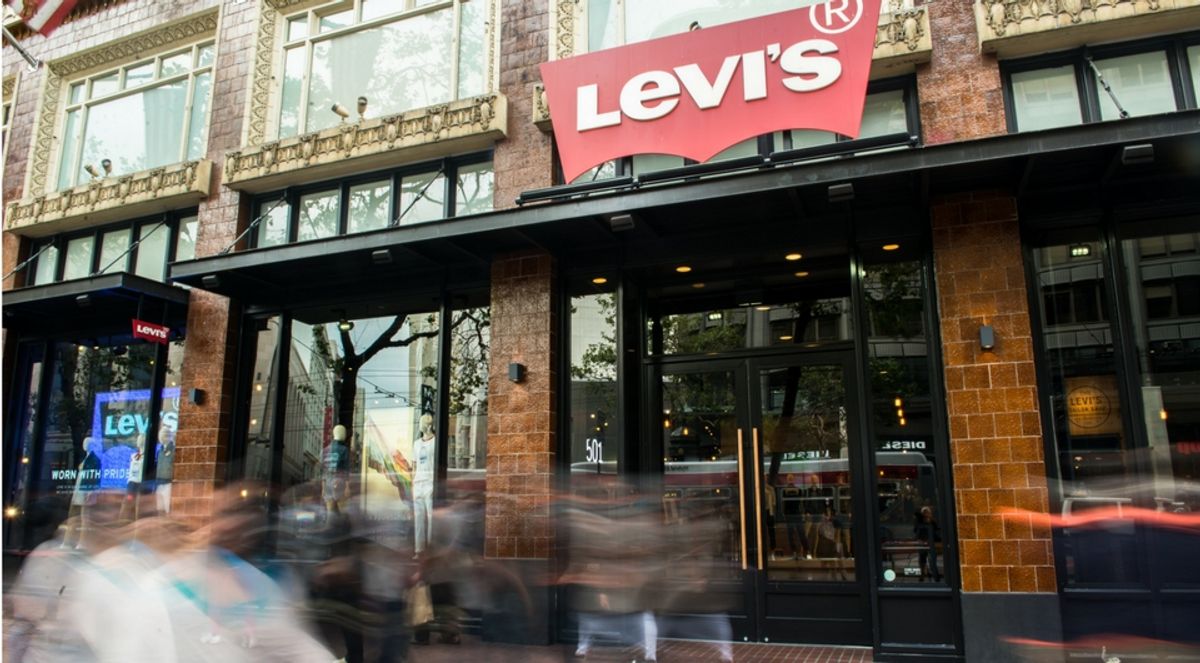 The chief executive officer at Levi Strauss wrote an open letter to gun owners requesting that they do not bring their weapons into stores.

Levi Strauss did not implement a new policy banning guns from stores.

On 30 November 2016, Levi Strauss CEO Chip Bergh published an open letter to customers on his LinkedIn page about the retail giant's gun policy:

The debate in the U.S. over gun safety and gun rights is as complex as it is divisive. As a former army officer, a father and business leader, I’ve heard the arguments from all sides. And, as CEO of a 163-year-old company whose products and presence rest at the intersection of culture and community in more than 110 countries around the world, I feel a tremendous responsibility to share our position on the issue, now, at a time when clarity is paramount.

Providing a safe environment to work and shop is a top priority for us at Levi Strauss & Co. That imperative is quickly challenged, however, when a weapon is carried into one of our stores. Recently, we had an incident in one of our stores where a gun inadvertently went off, injuring the customer who was carrying it.

So, while we understand the heartfelt and strongly-held opinions on both sides of the gun debate, it is with the safety and security of our employees and customers in mind that we respectfully ask people not to bring firearms into our stores, offices or facilities, even in states where it’s permitted by law. Of course, authorized members of law enforcement are an exception.

When Bergh's letter was picked up by Breitbart, it was accompanied by a title ("Levi Strauss: Do Not Bring Your Legal, Concealed Carry Firearms Into Our Stores") which may have misled others into believing that the store had officially banned guns from its premises. Other, less reputable web sites published their reports with headlines that went from misleading to outright false, such as "Breaking: Levis Bans Guns From All Stores."

However, Bergh did not announce a policy banning firearms from his store. In fact, the CEO of Levi Strauss repeatedly said that the store was "asking" gun owners not to bring their weapons into the store, and that this was a request and not a mandate:

We operate in hundreds of stores across every state in the U.S., and laws are different in each one. We know that the presence of firearms in our stores creates an unsettling environment for many of our employees and customers. We also know that trying to enforce a ban could potentially undermine the purpose of the ban itself: safety. With that in mind we’ve made this decision as a business – a request not a mandate – and we sincerely hope responsible gun owners will respect our position.

It boils down to this: you shouldn’t have to be concerned about your safety while shopping for clothes or trying on a pair of jeans. Simply put, firearms don't belong in either of those settings. In the end, I believe we have an obligation to our employees and customers to ensure a safe environment and keeping firearms out of our stores and offices will get us one step closer to achieving that reality.

While Bergh did take an unmistakable stance about the presence of guns in Levi Straus stores, the store did not officially ban weapons from its stores. Rather, Bergh penned an open letter to customers and requested that gun owners refrain from bringing their weapons into stores.