The "Saturday Night Live" stars were the subject of yet another misleading online advertisement. 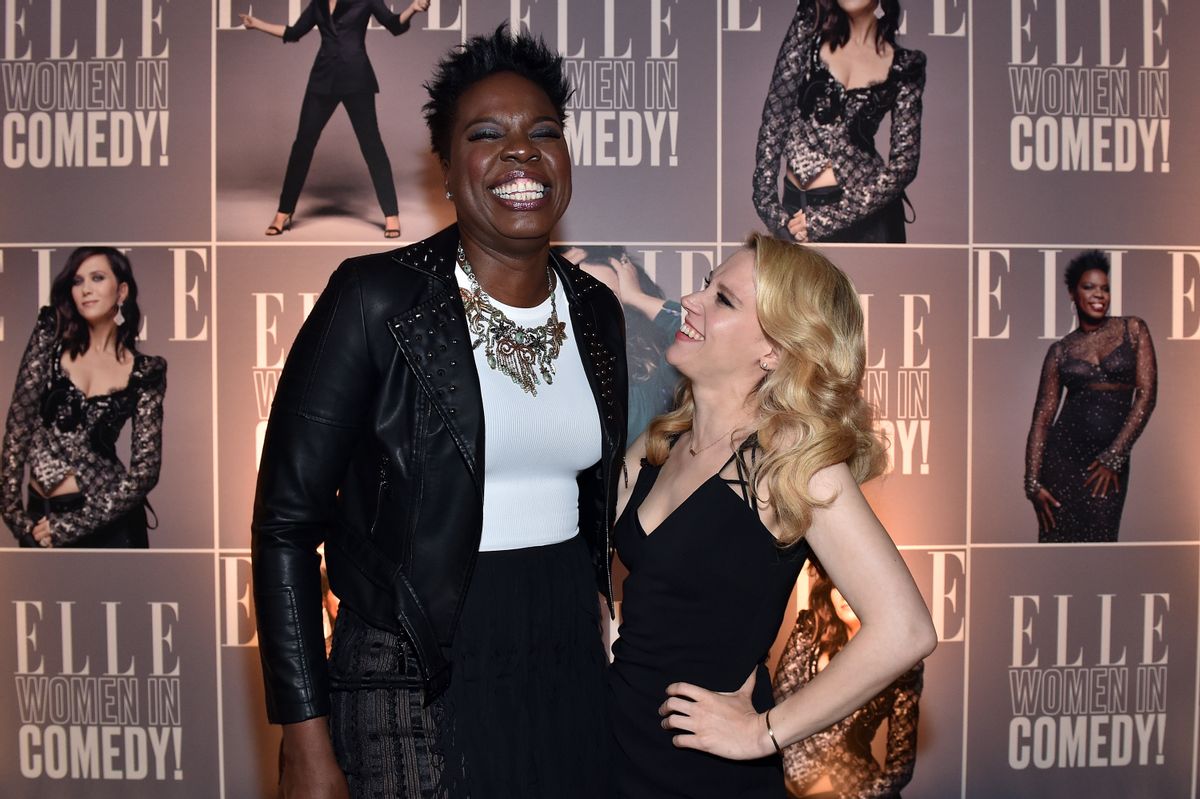 Misleading online advertisements that feature celebrities plague the internet. In January 2021, "Saturday Night Live" stars Kate McKinnon and Leslie Jones were the subject of one such ad.

The ad in question showed the pair embracing each other. The words under their picture read: "[Pics] Celeb Couples We Totally Forgot Were Married." A second ad made a similar claim: "17 LGBTQ Celebs that Overcome Many Challenges and Eventually Became Couples." However, McKinnon and Jones were not married to each other. As of January 2021, neither appeared to be married to anyone.

Readers who clicked the ad were led through a 67-page slideshow article. McKinnon and Jones did not appear anywhere in the story.

The lengthy article from the Mighty Scoops website said readers should "prepare to be amazed by who's still together":

Depending on who you are and how you live your life, finding love in the spotlight could be quite tricky. With all eyes on you, sustaining a happy, healthy relationship in Hollywood is an inspiring feat.

These celebs have shown us how to meet the apple of your eye and keep the sparks flying. We’ve got all your favorite personalities and their partners who’ve been together for a substantial period of time, giving you the low-down on how they got there and what they’re doing today. Prepare to be amazed by who’s still together.

The clickbait story from Mighty Scoops mentioned the spouses and love interests of other celebrities and TV personalities such as David Muir, Tom Selleck, and Tucker Carlson. Despite what the ad claimed, not all of the people on the list were married.

On "SNL," McKinnon and Jones appeared in numerous sketches together. The picture in the misleading ad may have come from a "Saturday Night Live" sketch or photography session.

In 2018, a video tweeted by Jones said of McKinnon, "MY BITCH FOR LIFE!!! Kate McKinnon I love you!! nbcsnl #seasonfinale."

On Sept. 3, 2019, Jones announced on Instagram that she had left the cast of "Saturday Night Live." As of January 2021, McKinnon is still on the show's cast.

The pair also worked together in the 2016 film "Ghostbusters: Answer the Call."