A viral video of a young woman purportedly getting removed from a women's bathroom for not appearing feminine enough was not related to HB2. 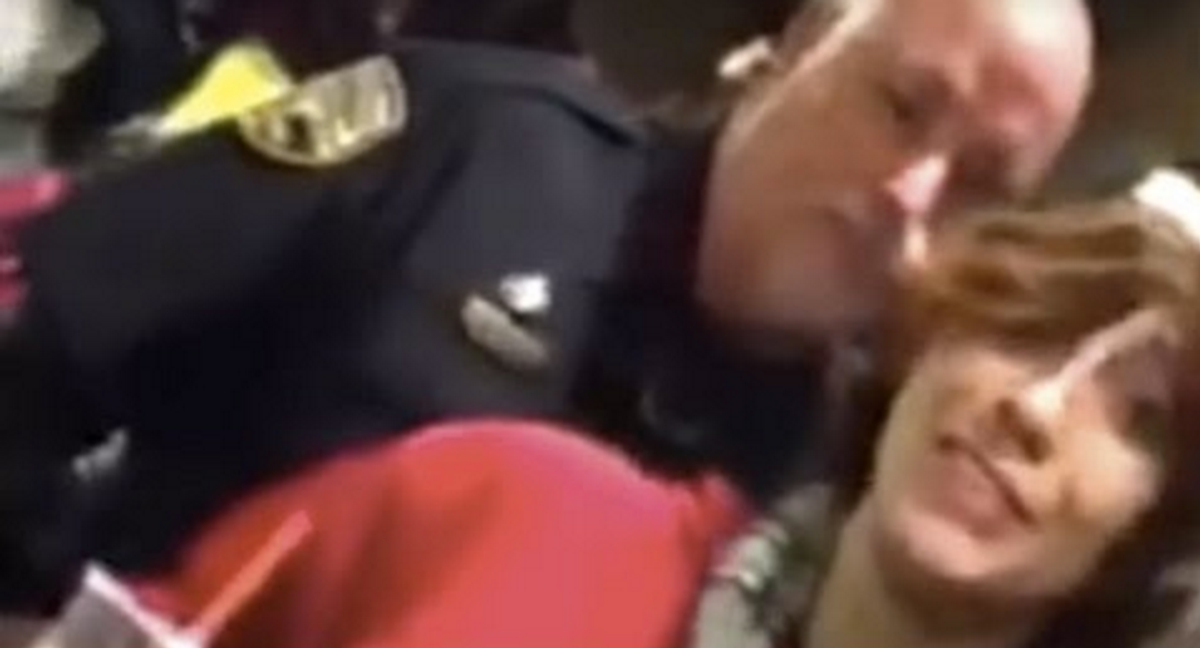 Claim:
A lesbian was removed from a women's bathroom by police in North Carolina because she wasn't feminine enough.
Rating:

The video wasn't related to HB2; the video was most likely not recorded in North Carolina.

The circumstances under which the footage was captured and the identities of the individuals in it; the location of the dispute; the date of the incident.

In the wake of North Carolina's passage of its controversial HB2 (colloquially called the "bathroom bill") in March 2016, a video began circulating on social media alongside claims that it showed police in North Carolina harassing a young woman who didn't look to be feminine enough to use the ladies' restroom:

The video was published to Facebook in April 2016, at the height of public debate over the bill. Subsequent versions included one published to YouTube. According to the description, it showed police in North Carolina forcibly removing a lesbian from a women's bathroom because she didn't look feminine enough:

The video, which was shared on Facebook by blogger Tamara McDaniel, adds to the controversy surrounding the state’s recently passed anti-LGBT bathroom bill. Are North Carolina police targeting the transgender community[?]

Occupy Democrats continued the trend in print ("IT BEGINS: Watch Cops Drag Girl Out Of NC Bathroom For 'Not Looking Like A Woman'"). However, that article included a caveat that its source was unknown, and only speculation on social media pegged the footage to North Carolina after the passage of HB2:

There is no indication of where this takes place, but as she references the bathroom laws passed in North Carolina and Mississippi in her post description, one can make a reasonable guess[.]

However, the Facebook page "Urban Leak" published the video in December 2015, well before HB2 caused debate across the U.S.:

From the information available about the clip, it appeared that the events depicted were mostly as described: A young woman with short hair, wearing boyish attire, seemed to be forcefully ejected from a women's bathroom by police of unknown jurisdiction. However, the incident was unrelated to the passage of HB2 in North Carolina.