Does This Video Show a Lemon-Pomegranate Hybrid Plant?

A video purportedly showing the creation of a lemon-pomegranate hybrid fruit was created as a joke. 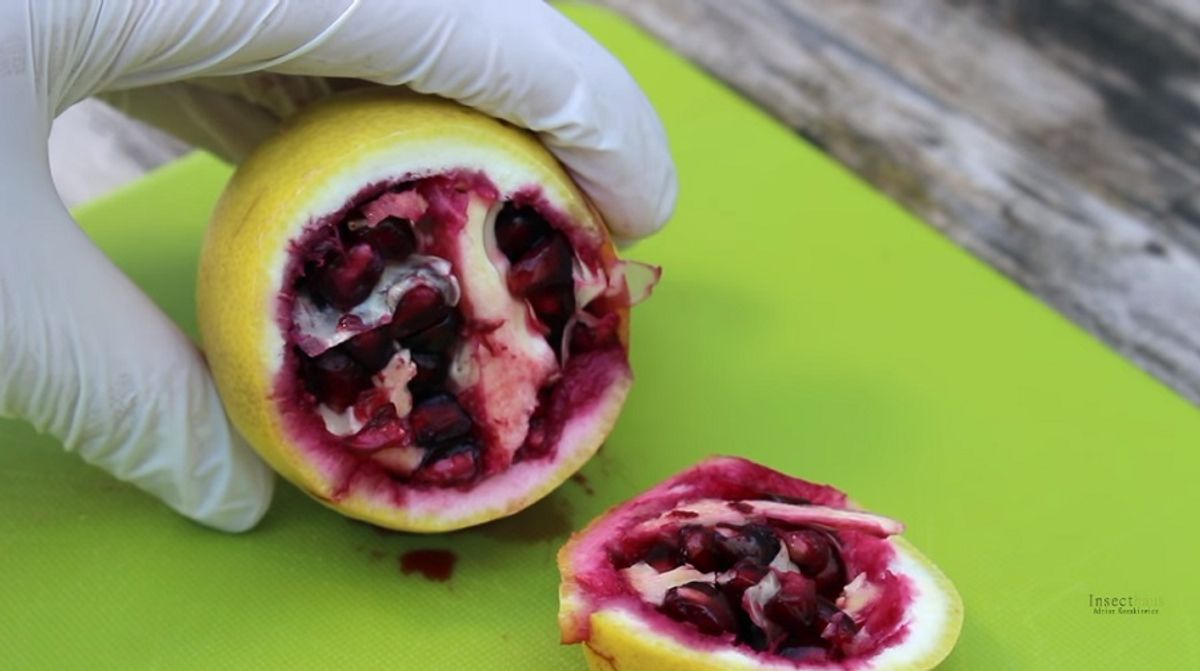 Do you like lemons? How about pomegranates? According to a viral video, home farmers can have it both ways by growing lemon-pomegranate hybrids in their kitchens through simply planting a capsule containing a seed of each fruit into a pot of soil:

Although this video is often shared along with comments suggesting that the creation of this lemon-hybrid fruit is on the up-and-up, this video was actually created as a joke by Adrian Kozakiewicz.

Kozakiewicz, an author, photographer, and invertebrate breeder who gained some viral fame in 2017 by posting dozens of images of himself with various insects on his face to Instagram, originally shared this video to his YouTube page "InsecthausTV" in June 2017. That posting was accompanied by various links to his social media profiles as well as the one word caption: Joke :)

Kozalkiewicz hasn't provided much information about how (or why) he created this video. However, it's safe to say that this footage was indeed created as a humorous prank and that it does not show the genuine creation of a lemon-pomegranate hybrid. For one, creating a hybrid fruit is a long and complicated process slightly more involved than placing two seeds into a capsule:

A hybrid fruit is the result of cross-pollination of two plants from the same species or genus. When humans intervene in the process by selecting plants to pollinate for intentional results, the procedure is painstakingly meticulous and monitored. It may take years of selective breeding to produce a desired fruit. The plum-apricot hybrid known as the “pluot” took biologist Floyd Zaiger around 20 years to perfect before he introduced it to the market. Different from open-pollination (which is uncontrolled or varied pollination by insects, birds, winds, or natural causes), when the human hand brushes pollen from the male flower of one plant to the stigma of the flower of a female plant this type of hand-pollination delivers controlled results.