Arguments made by one sheriff opposed to legalized marijuana are dubious and disputed by police departments that have dealt with legal weed. 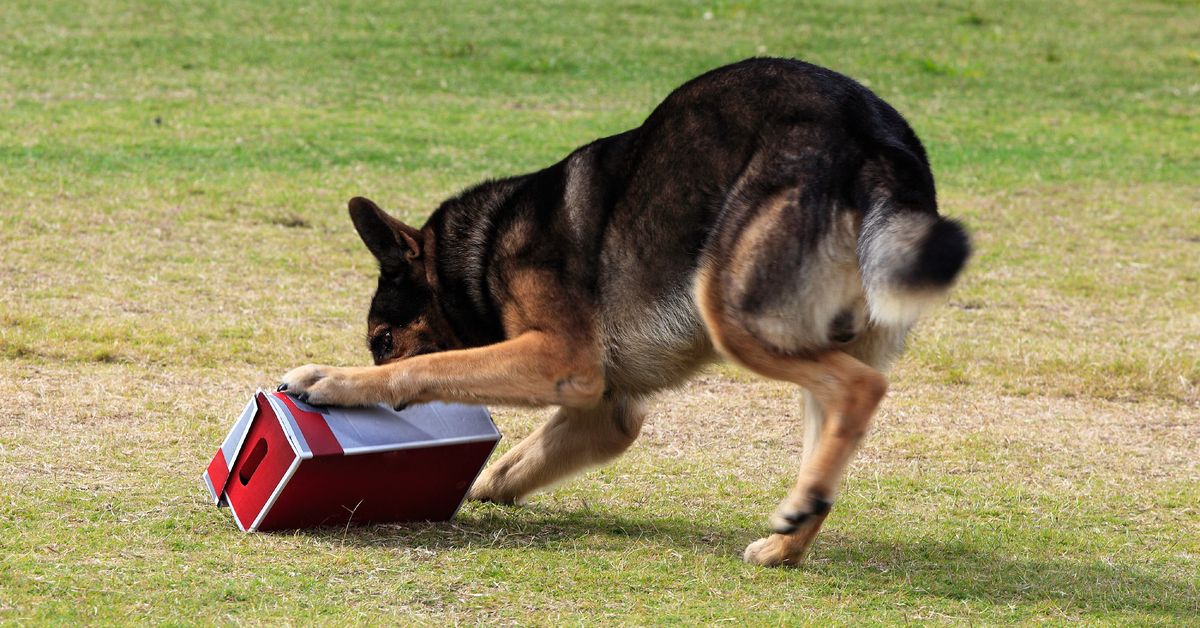 Claim:
The legalization of marijuana will force police departments to euthanize their drug sniffing dogs.
Rating:

In early May 2018, Illinois-area newspaper The Pantagraph posed an interesting question in a headline:

If Illinois legalizes marijuana, what happens to pot-sniffing dogs?

In broad strokes, the article discussed the potential financial hardship that could be wrought against police departments in that state should it approve the legalization of cannabis — a question that may be on the ballot in November.

Those claims rely primarily on the testimony of Macon County Sheriff Howard Buffett, who told the paper:

“The biggest thing for law enforcement is, you're going to have to replace all of your dogs,” said Macon County Sheriff Howard Buffett, whose private foundation paid $2.2 million in 2016 to support K-9 units in 33 counties across Illinois. "So to me, it’s a giant step forward for drug dealers, and it’s a giant step backwards for law enforcements and the residents of the community."

Howard Buffett is the son of billionaire investor Warren Buffett, has been active in the Illinois law enforcement and philanthropy communities for years, and is an opponent of marijuana legalization. Buffett was selected by retiring Macon County Sheriff Thomas Schneider to serve the remainder of his term after that sheriff retired in part due to health concerns, and he was sworn into office on 15 September 2017.

The most controversial comments in the article came from Chad Larner, the director of of the K-9 Training Academy in Macon County (a beneficiary of Buffett's), who said that retraining the animals would be abusive, and thus many retired drug dogs would have to be euthanized if marijuana legalization were passed:

Chad Larner, training director of the K-9 Training Academy in Macon County, dismissed the idea of retraining dogs, saying it would amount to "extreme abuse" to change their mindset. K-9s are rewarded for successfully alerting to the presence of narcotics, and they continue to train regularly with their handlers for a suggested minimum of 16 hours a month. [...]

Because many K-9s are trained not to be social so their work won’t be affected, Larner said a number of dogs would likely have to be euthanized.

We spoke with representatives of two major police forces in jurisdictions that have experienced the legalization of marijuana — the Denver Police Department and the Seattle Police Department — and both vigorously disputed the argument presented by Buffett and Lerner.

On the claim that these animals are “trained not to be social” and therefore unable to be cared for after their service, a spokesperson for the Denver PD told us via e-mail that their dogs are not trained against being social:

We actually want them to be people friendly, it puts people at ease around the dogs and this leads to more effective deployments. We have had instances where our handlers are a little too friendly with the dogs while they are at home, and this can impact effectiveness. The reason is, that the dog should see going to work as being their play time. To them, finding drugs is the same as playing fetch, if they play too much at home, they slack off at work.

The notion that these dogs would have to be euthanized because they would not be social enough to find a home in retirement was equally confounding to the Seattle PD, in part because the dogs (in both Seattle and Denver and elsewhere) live full time with their handlers, and continue to do so after their retirement. Seattle PD spokesman Sean Whitcomb spoke to us by phone, telling us, "That's nonsense. The dogs that we would retire would stay with the handler."

The idea that the dogs would require active retraining, or would need to be relieved of service if the law changed, is also disputed by both departments. The Denver PD told us they still retain dogs that had been trained prior to legalization:

We can only speak to what we do at the Denver Police Department. We do not euthanize our dogs, we would never do that. When [Marijuana, MJ] was first legalized we continued to have our dogs trained on 4 odors: MJ, cocaine, Meth, and heroin. Once a dog is trained on an odor, it is very difficult to train them off of it.

We continued to utilize these dogs because we still have a booming black market for MJ. We did begin training with larger amounts of marijuana (10 or more pounds). As these dogs have been retired (they usually stay with their police handlers and become their family pets) we purchased new dogs, a couple of these dogs have not been trained on MJ. So right now we have some dogs on MJ and some dogs off of MJ. This works for us depending on the type of investigation we are conducting.

Whitcomb, who described the arguments presented by the Macon County Sheriff as "absurd," told us — similarly — that the Seattle PD does not "retrain" their dogs either, and that they remain part of their force:

One factual complication, to which Buffett alluded, is that a dog previously trained to sniff marijuana (along with other major drugs) may complicate legal efforts to prosecute people individuals caught carrying legal weed in addition to illegal drugs.

The argument is that (legal) marijuana may be what a dog is indicating to the police, who would then use that information to justify a search leading to arrest of an individual for possession of another drug. This argument is especially relevant to California, which recently legalized recreational marijuana through Proposition 64:

Prop. 64, which made it legal for individuals to use marijuana and grow it for personal use, specifically states that legal amounts of marijuana and cannabis products don’t create the basis for a search, detention or arrest:

A dog that alerts on marijuana could taint an otherwise lawful search that turns up illegal guns or other contraband. "There’s a strong argument that if one of these four-odor dogs smells something, it violates the statute," [Lauren Mendelsohn, a criminal defense attorney who specializes in cannabis law] said. "It will be interesting to see how it plays out in court."

However, the claim that legalization would force drug dogs to be euthanized is a bad-faith argument rooted in logical fallacies that confound police forces experienced in legalized marijuana. As such, we rank it false.