Reports that left-handed handed people are eligible to collect disability benefits due to the "Justice for Dexterously Challenged Act" are fake news. 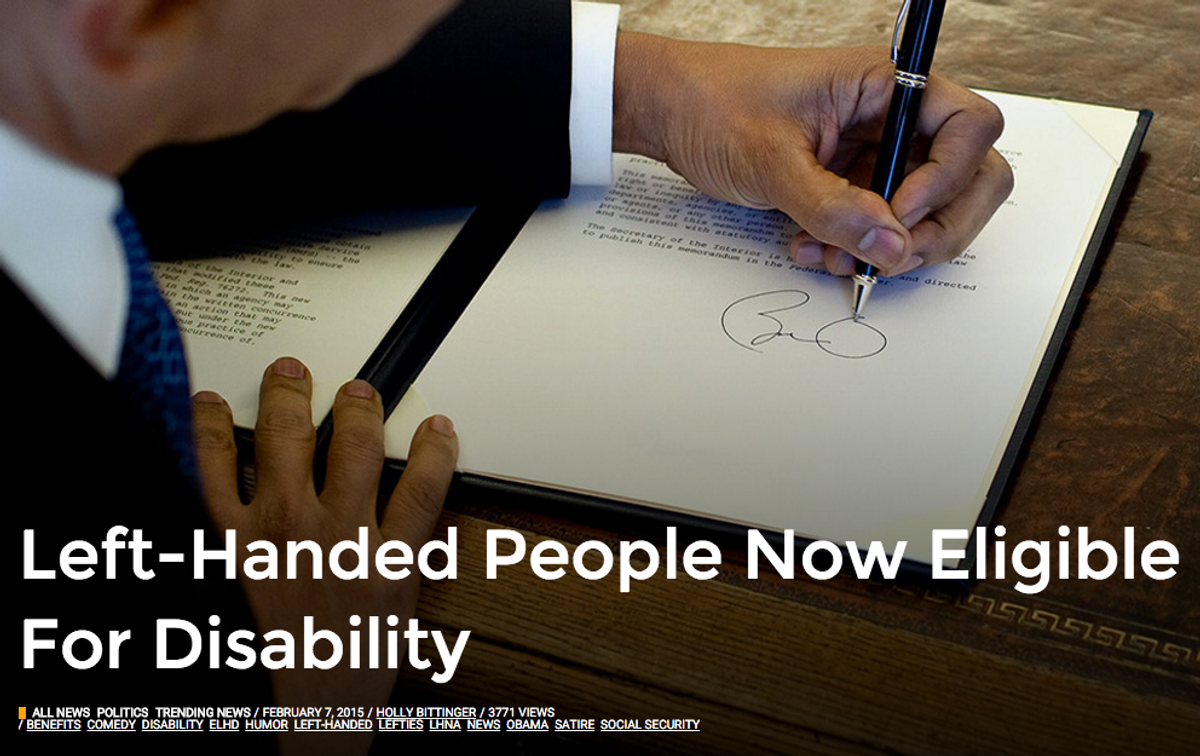 In January 2016, a Mouthwire article originally published back on 7 February 2015 and headlined "Left-Handed People Now Eligible for Disability" was widely circulated via Facebook. That article referenced news from the purported "Left-Handed Nondiscrimination Association":

As of February 1st, people suffering from severe cases of left-handedness may be eligible to receive social security benefits.

Lefties everywhere celebrated a long awaited victory with the passing of the Justice for Dexterously Challenged Act, which adds left-handedness to the growing list of recognized disabilities.The JDC Act was readily welcomed by President Barack Obama (pictured above), who is left-handed himself. He carefully signed the document, taking not to smear the ink, a common problem among lefties.

With over 33 million new eligible Americans, applications are already pouring in.

Neither "the Left-Handed Nondiscrimination Association" nor the "Justice for Dexterously Challenged Act" exists. All mentions of both terms lead only to the Mouthwire article (or to secondary references to that article), which is not surprising since Mouthwire is a satirical news site that features the following disclaimer:

Mouthwire is a purely satirical web publication and intended for entertainment purposes only. Our website and social media content uses only fictional names, except in cases of public figure and celebrity parody. Any other use of real names is accidental and coincidental.

Mouthwire is intended for a mature, sophisticated and discerning audience.