LeBron James Is Not Requesting Trade from Lakers, Despite 'Verified' Parody Impersonation Account

A brand new Twitter account appeared to pay to receive a checkmark badge and pretended to be LeBron James saying he had requested to be traded. 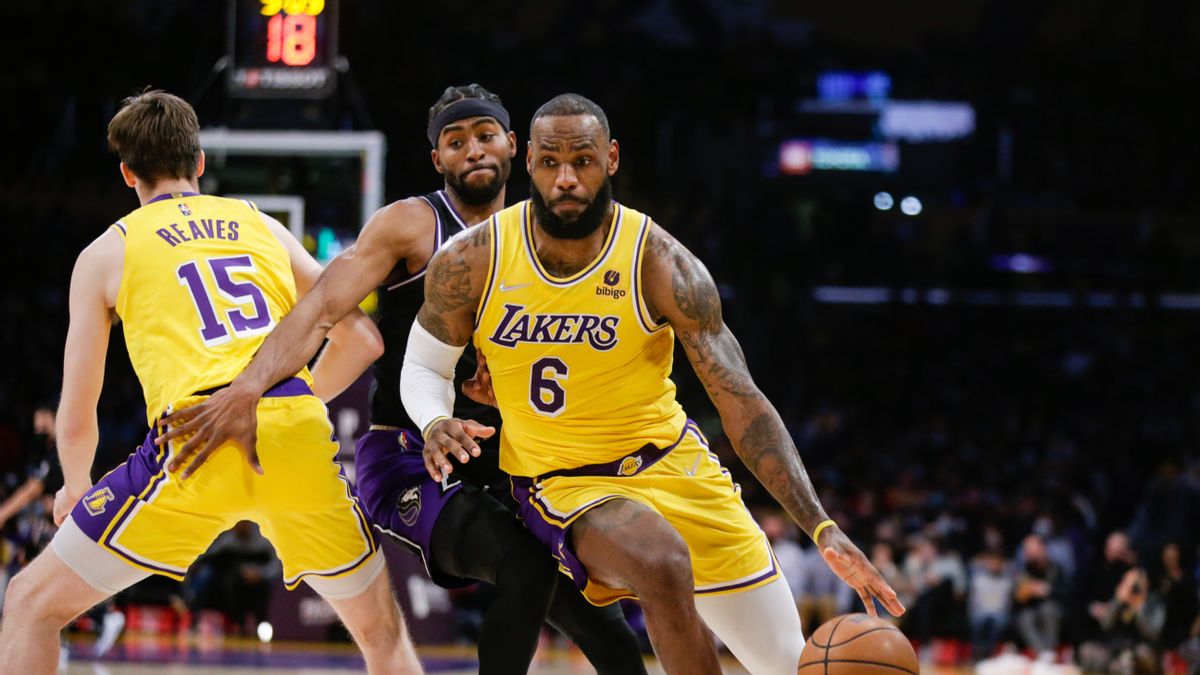 Claim:
LeBron James tweeted that he was requesting a trade to leave the Los Angeles Lakers.
Rating:

In November 2022, a brand new Twitter account with the handle @KlNGJamez impersonated NBA superstar LeBron James and tweeted that he was requesting to be traded away from the Los Angeles Lakers.

"I am officially requesting a trade," the tweet read. "Thank you #LakersNation for all the support through the years. Onto bigger and better things!" The tweet also hinted that he was heading to his home state of Ohio to play for the Cleveland Cavaliers. 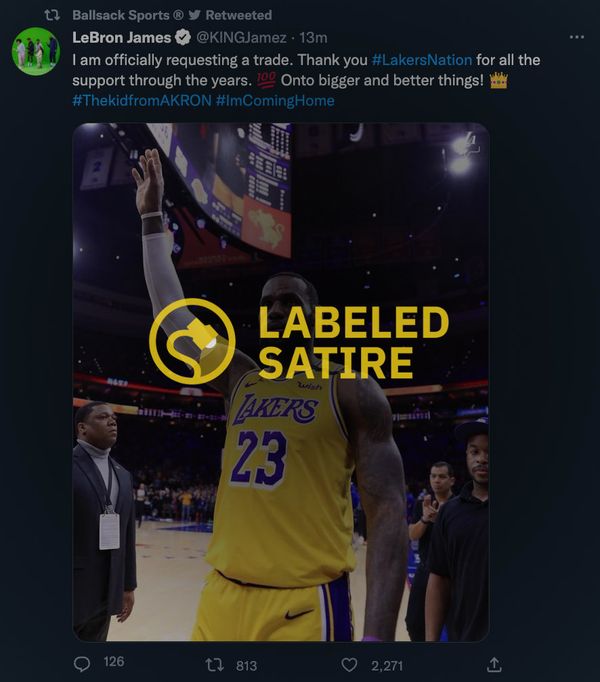 The owner of the account looked to have paid for the new Twitter service that provided a checkmark badge, which appeared the same as verification badges had in the past. This made the purported news appear more credible. However, the bio for the @KlNGJamez account said that it published "parody." 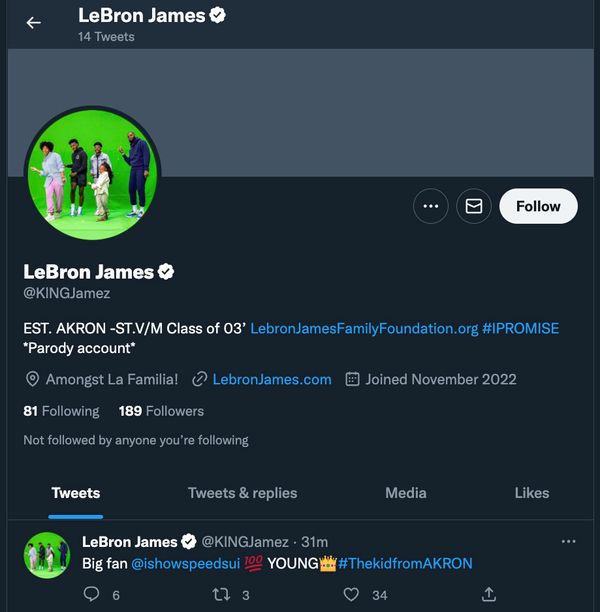 According to The Associated Press, Twitter owner Elon Musk previously said he would "permanently suspend any account on the social media platform that impersonates another."

The satirical account was suspended after around 30 minutes, but not before the tweet was engaged with thousands of times.

Previous Article
Next Article
Article 7 of 7 in Collection