No, LeBron James Didn't Lament That 'A Girl Can't Even Stab Her Friends Anymore' 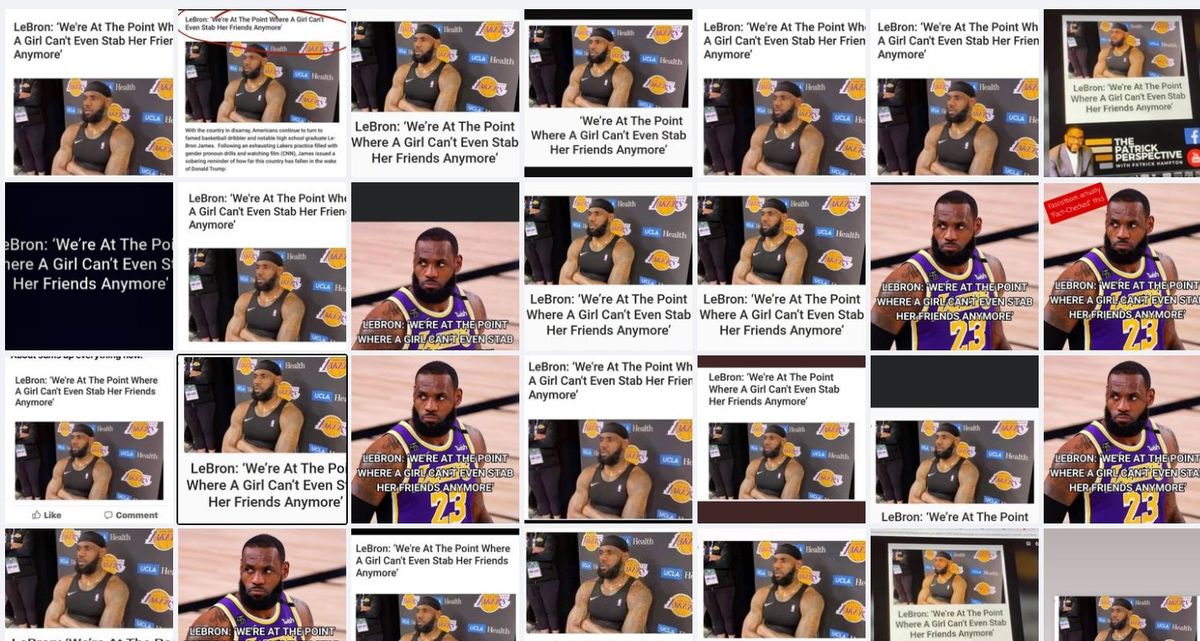 Claim:
LeBron James said, "We're at the point where a girl can't even stab her friends anymore."
Rating:

In April 2021, shortly after 16-year-old Ma'Khia Bryant was shot and killed by police in Ohio, a quote ostensibly uttered by NBA player LeBron James started to circulate on social media: James allegedly said, "We're at the point where a girl can't even stab her friends anymore."

This was not a genuine quote from James. This quote originated with The Glorious American, a website that bills itself as "satire for the right. And the wrong."

Bryant was shot and killed by police on April 20, 2021, the same day that former Minneapolis police officer Derek Chauvin was convicted in the killing of George Floyd. As video of Bryant's death circulated on social media, many claimed that the footage showed a police officer using excessive and lethal force. Others contended, however, that the officer's shooting was justified as Bryant appeared to threaten another person with a knife.

James did post a message on Twitter calling for the police responsible for Bryant's death to be held accountable. James later deleted this message. Read more about James' actual statement regarding Bryant's death here.