Is This a 'League of German Girls Inspection' During World War II?

A still from the movie Blitzmädels an die Front is frequently shared as if it were an authentic World War II photograph. 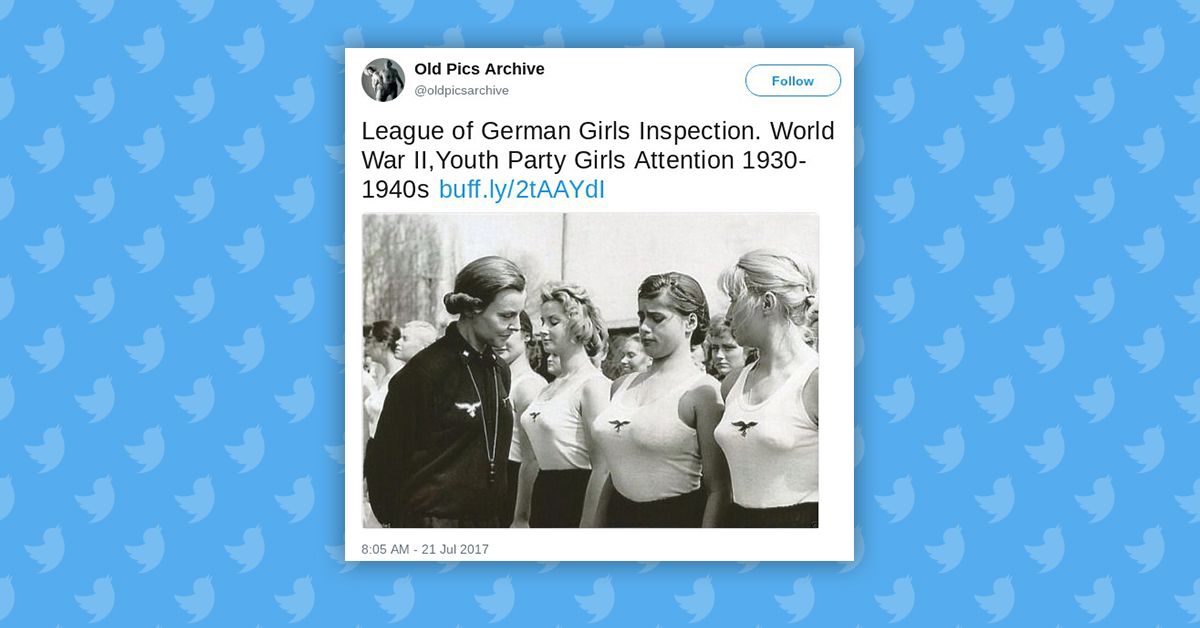 Claim:
A photograph taken during World War II shows members of the League of German Girls during a uniform inspection.
Rating:

A photograph purportedly showing women in the League of German Girls, the female wing of the Nazi Party youth movement, during a uniform inspection in World War II is frequently circulated on social media: The image is actually a still from the 1958 movie Blitzmädels an die Front (Women Soldiers to the Front), which focused on the role women played during the second world war:

During WWII The German 'Wehrmacht' is heavily under fire after the invasion of Normandy. There are also a lot of women participating in the war, working at the front line as couriers for the air force. In this war, everyday, they put their lives on the line.

This photograph is available via the web site Cinema.De where it was originally shared with a watermark for the movie. This watermark was removed before the item was shared as if it showed a genuine war photograph:

The web site also identified some of the actresses in the image as Eva-Ingeborg Scholz, Elisabeth Terval, and Claudia Gerstäcker.

Here's another similar inspection scene from the movie: