Italian lawmaker Maria Elena Boschi was targeted for ridicule in a doctored image. 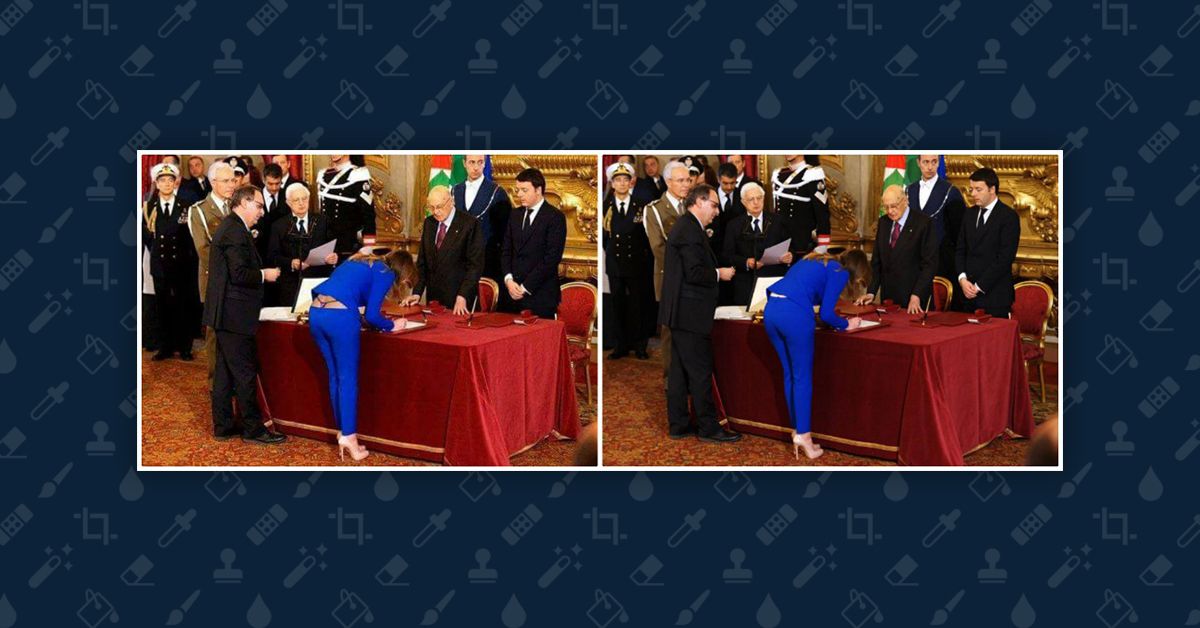 Claim:
An image shows a lawmaker's underwear as she leans over a desk.
Rating:

Someone in possession of both photograph editing software and an apparent grudge against women in government has doctored an image of an Italian lawmaker to make it look as if her underwear was showing during her swearing-in ceremony.

Maria Elena Boschi was sworn in as Minister for Constitutional Reforms and Relations with the Parliament in February 2014, but by October 2017, the doctored image deriding her (which has been circulating for years) was accompanied by comments mistaking Boschi for U.S. First Lady Melania Trump. Here's a comparison of the manipulated image (left) and the real photograph (right):

In particular the electric blue trouser suit worn by Maria Elena Boschi, 33, the new minister for reform, was described by Corriere della Sera as a colour "unknown in nature".

La Stampa likened the blue of Ms Boschi's suit to that worn by "a Marvel superhero like Captain America", adding that her trousers were so tight that when she bent over to sign in as minister "many were reminded of Pippa Middleton's silhouette."