Is This a 'Lava Moon' Melting Into a Waterfall?

A photograph of the moon and a waterfall seemingly align just right to create a "lava moon" melting into the water. 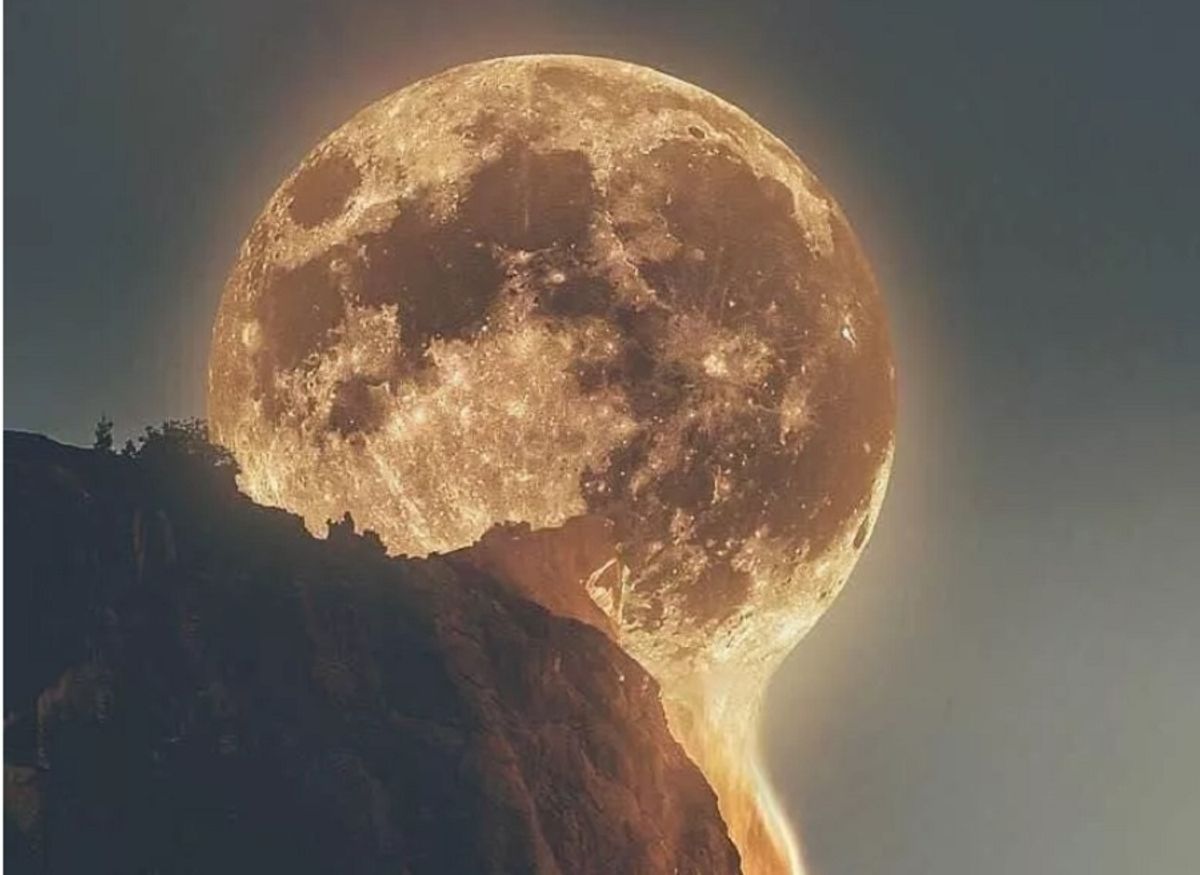 Claim:
A photograph shows a 'lava moon' melting into a waterfall.
Rating:

An picture purportedly showing the moon "melting" into a waterfall frequently draws "oohs and ahhs" as it gets passed around on social media:

This is a full moon descending on Angel Falls, on the south side of Yosemite, just west of Sentinel Rock. For a few days each year, it appears as though the the moon is draining through the waterfall. This image, which is often shared under the title "Lava Moon," does not depict a genuine real-world scene.

This image is a composite of at least two different photographs created by digital artist Risvan and shared via Instagram in July 2017 under the title "La Luna." The picture's caption explained that the image was created by combining a photograph of Horsetail Waterfalls in Yosemite National Park by Instagram user @Markian.b and a depiction of the moon from NASA.

Here's a look at the two original photographs that were used to create the image-composite. (The original waterfall and moon photographs have been rotated in order to better match the composite): We're not sure where the person (who must be 20 feet tall) standing on the cliff came from, but our guess is that this is an image of Risvan, as we've come across other digital artists who have inserted themselves into their creations.

If the digital edits in this image still aren't obviously apparent, Risvan also shared an animated image of this ethereal (but unrealistic) scene:

La Luna. . Edited by Me | Motion by @araafim . OP: Waterfall by @markian.b & Moon by @NASA via @unsplash (CC0) Edited by Me . ? @dominikheckermusic - Lighter Sky