The same faux-medical group that includes a doctor who believes in demon semen is now pushing context-free videos to cast a community service initiative as totalitarianism. 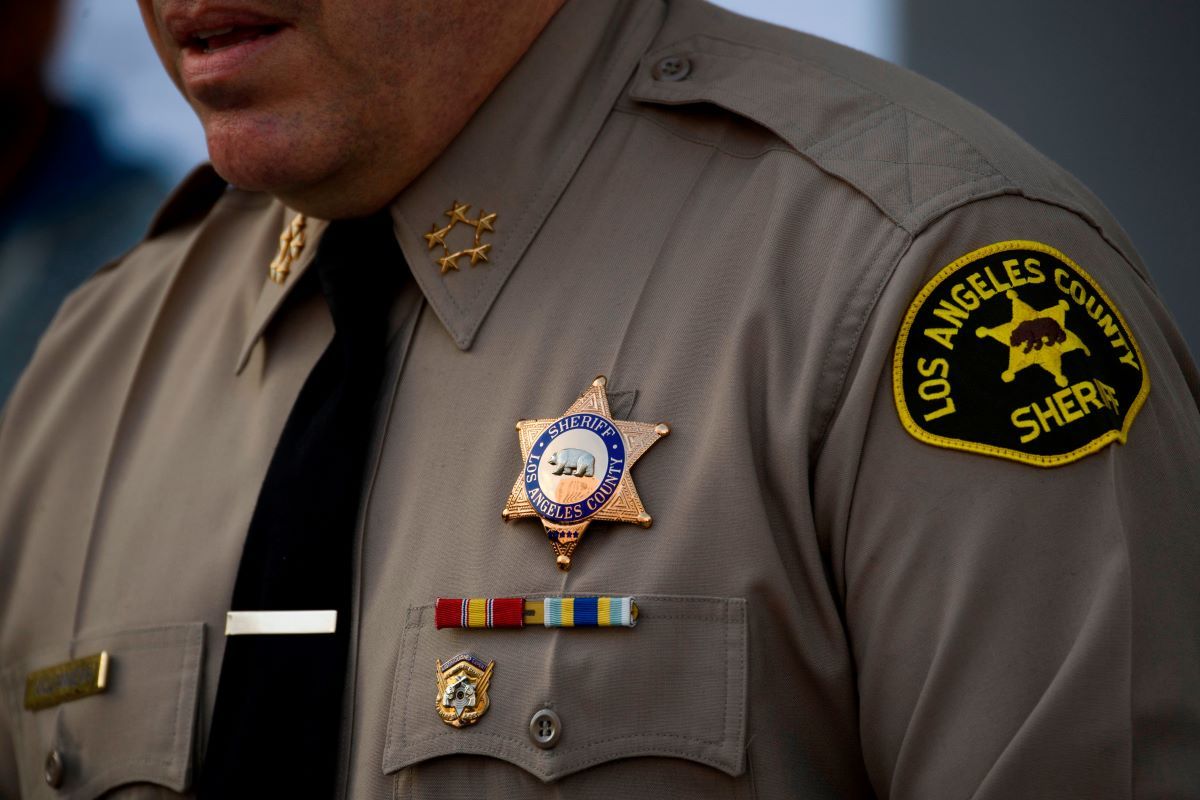 On April 11, 2021, Twitter account @TheJokerMouce posted a video compilation showing, in three separate clips, individuals being vaccinated by members of the Los Angeles Sheriff's Department — a special-needs woman, a special-needs girl, and an older resident of a nursing home. "They're going after the mentally disabled/housebound," the account asserted, "Gee, this reminds me of… the way Nazi's [sic] started with the mentally disabled." The tweet was aggressively promoted by several dubious sources including America's Frontline Doctors — a right-wing political group that promoted hydroxychloroquine early in the COVID-19 pandemic whose membership includes at least one doctor who believes in demon semen — and conspiratorial media outlets like NWO Report. On April 12, 2021, both outlets or organizations ran stories based on this tweet with the headlines, "LAPD police force-vaccinate special-needs girls in statewide ‘Operation Homebound’ program" and "Cops Force-Vaccinate Special Needs Girls In Statewide ‘Operation Homebound’ Program," respectively. The latter made these false or misleading assertions of the video:

After forcibly injecting her with the experimental mRNA vaccine, the officers then clapped as the woman continued wailing.

Another special needs girl is seen in a driveway trying to escape the officers with the vaccine before also getting jabbed.

Next, the officers appeared to administer the COVID-19 to a sleeping patient with Alzheimer’s disease without her knowledge or consent.

The video appears to exploit for political purposes individuals with developmental disabilities who are scared of needles or individuals whose advanced age makes them appear frail in order to give the impression they are receiving vaccines without being granted proper consent. However, these individual's parents, legal guardians, or other legal representatives accepted vaccination on their behalf.

As described by the California Department of Developmental Services, consent can be given by "Parents or legal guardians of minor children, people allowed under a Durable Power of Attorney for Healthcare, conservators of adults" and in some cases the executive director of a regional care center "when the person is unable to and no one else can."

The involvement of the Los Angeles County Sheriff's Department (LASD) stems from an initiative named Operation Homebound. The goal of the program, as described by the LASD, is "to vaccinate the most underrepresented, homebound, and underserved disabled residents in our communities, including those experiencing homelessness."

It is not true, as claimed in viral reports, that mRNA vaccines are shown in these videos. Operation Homebound utilized the non-mRNA Johnson & Johnson vaccine. As a result of the April 2021 Food and Drug Administration pause on that vaccine, Operation Homebound is presently paused as well.

Under the program, "deputy sheriff personnel who are certified paramedics and emergency medical technicians" have administered shots in partnership with the disability advocacy groups Integrated Community Collaborative and Disability Voices United. These groups help identify vulnerable populations and help the LASD in their interactions with the patients and their families.

As Lt. Sue Burakowski of the LASD explained to the Antelope Valley Press, getting vaccinated can be a scary experience for individuals with special needs. "It’s a traumatic experience, you know, and it takes the whole family to convince them to get the shots,” she said. Fernando Gomez, co-founder of Integrated Community Collaborative, explained that “We’re there to help LASD in that interaction with the families."

Snopes reached out to the LASD to ask about the context behind these videos and the assertion that they show state-mandated forced vaccination. By email, LASD Captain John Satterfield of the Sheriff's Information Bureau told us:

The context left out of these ridiculous claims and allegations would be the unquestionable thanks and appreciation we have received from the families of each and every individual, thanking us for bringing this life saving vaccine to their home and providing it to their loved ones at no cost or inconvenience.

It is a shame those who wish to make political statements by providing misinformation have chosen to disparage the good works being done with "Operation Homebound."

Because these videos show vaccines being administered to people with special needs through a voluntary public health program with the legal consent of family members or guardians, the claim that the LASD is "force-vaccinating" is "False."