The city of Las Vegas has met their clean energy goals and is powering municipal facilities and buildings with various forms of renewable energy. 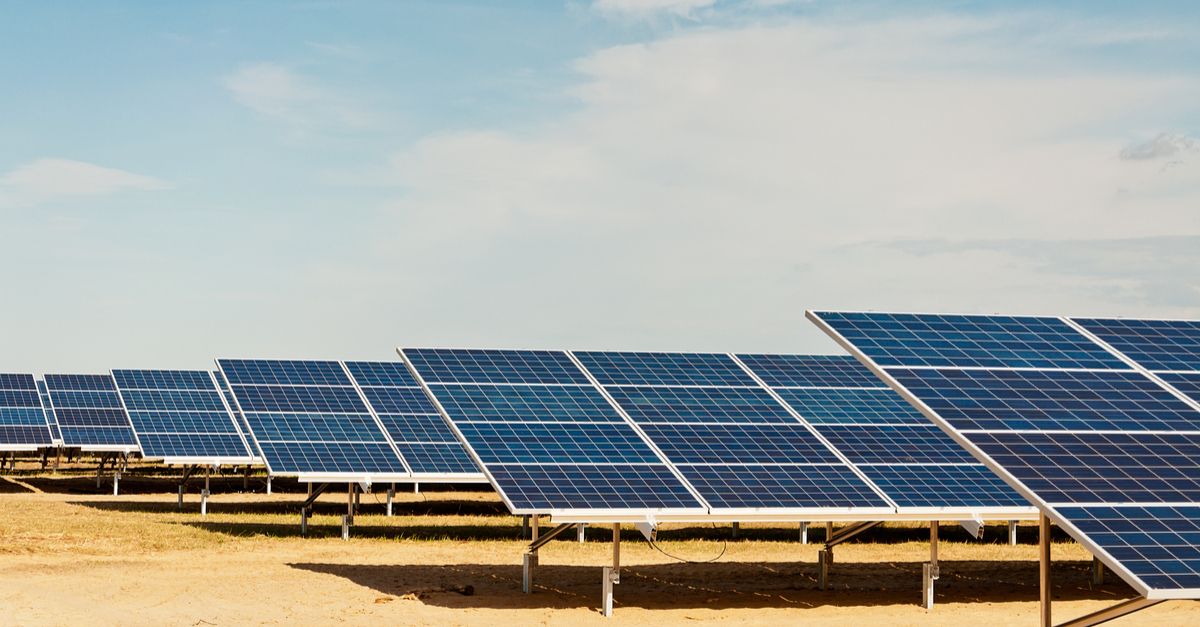 On 12 December 2016, the city of Las Vegas announced on an official blog that all of their municipal buildings and facilities would be powered by renewable energy, an accomplishment that was soon widely touted in headlines. However, readers who just glanced at the headlines of such stories may have come away with the mistaken impression that the glittering array of brilliantly-lit hotel/casinos that populate the famous Las Vegas Strip are now all impressively powered entirely by renewable energy sources, which isn't the case.

The energy achievement touted by Las Vegas encompasses only municipal buildings and facilities, it does not include private businesses (such as casinos), and city spokesman Jace Radke pointed out that most of the Las Vegas Strip actually lies outside of city limits in an unincorporated area:

Mayor Carolyn G. Goodman and NV Energy Senior Vice President of Customer Operations Pat Egan announced that we are the first large city in the country and one of the first major customers in Nevada to be served exclusively with renewable energy. We are now one of the few cities of the world that can say all the power we use comes from a green source. In partnership with NV Energy, every streetlight, city park, community center, fire station, service yard and public building owned by the city, totaling 140 facilities, will be 100 percent powered by renewable energy.

This announcement comes a year after our partnership with NV Energy was created. The NV GreenEnergy Rider program, our renewable initiatives and the operation of the Boulder Solar 1 plant near Boulder City contributed to helping us reach the goal of 100% green energy.

The goal was nearly a decade in the making and relies on a partnership with NVEnergy. The move to renewable energy is expected to save the city an annual $5 million in operating costs:

The city began building its sustainable energy programs in 2008, implementing energy-saving measures across the city and putting solar arrays on and around city facilities where it made sense. Since then, the city has reduced its energy consumption by more than 30 percent, according to Tom Perrigo, the city’s planning director and chief sustainability officer.

Las Vegas joins Burlington, Vermont; Greensburg, Kansas; and Aspen, Colorado among the list of municipalities boasting reliance on renewable energy sources. Although the iconic casinos and hotels of the Strip don't fall under the municipal umbrella, some of the businesses that run those attractions are making their own efforts to go green:

[T]hree of Nevada’s largest casino companies — MGM Resorts, Wynn, and Las Vegas Sands — have announced plans to buy and produce more renewable energy for their hotels, a move driven both by increasing demand for responsible energy use from the companies that rent their conference halls, and a surplus of cheap power from solar farms in Nevada and California.

“It’s no accident that we put the array on top of a conference center. This is good business for us,” said Cindy Ortega, chief sustainability officer at MGM Resorts. “We are looking at leaving the power system, and one of the reasons for that is we can procure more renewable energy on the open market.”