Did All Vegas Hotels Except Trump's Donate Rooms for COVID-19 First Responders?

That would be a lot of hotels. 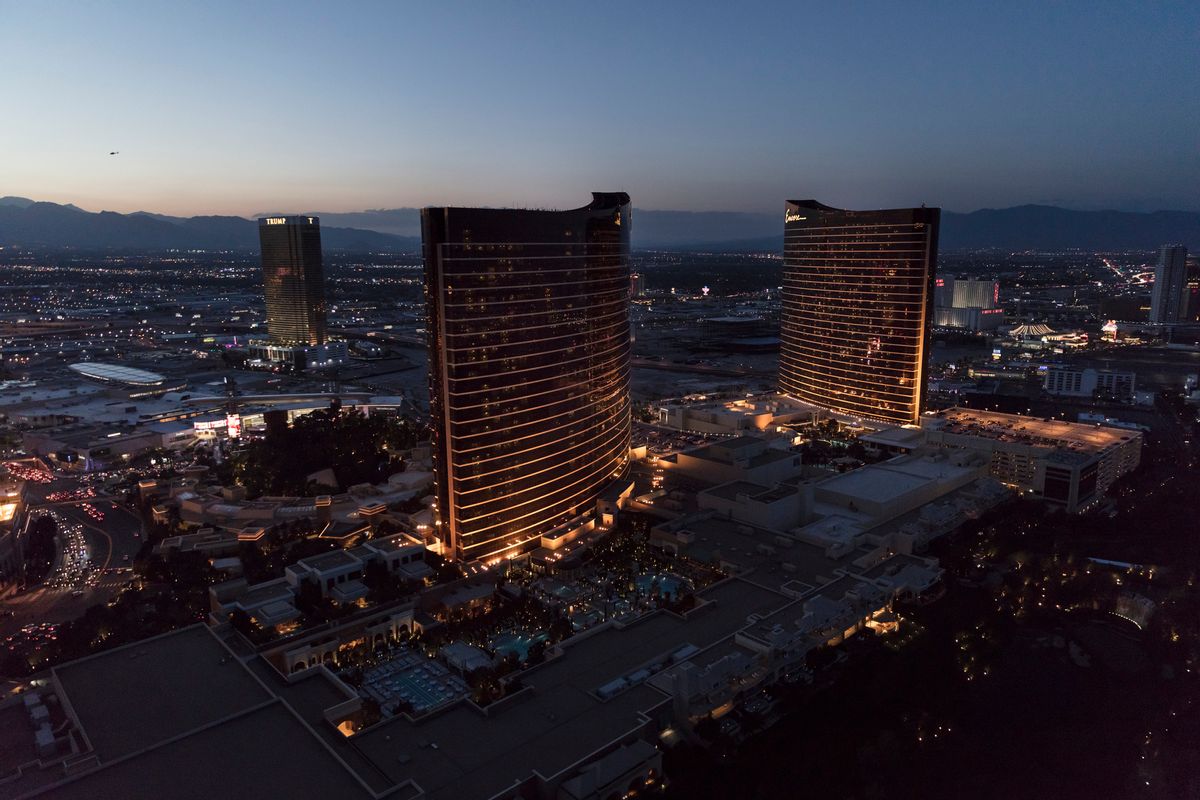 Claim:
All hotels in Las Vegas have made donations to help emergency personnel in the city except for one: Trump International Hotel.
Rating:

Some Vegas hotels have donated rooms (or food) to healthcare workers and first responders who need to quarantine themselves away from home. The Trump International Hotel Las Vegas does not appear to be one of them, according to one news investigation.

However, not all of the city's dozens of hotels have made donations in light of COVID-19.

Like most other U.S. governors in spring 2020, Nevada Gov. Steve Sisolak on March 20 ordered all nonessential businesses to close — including Las Vegas' many casinos and hotels — and urged residents to stay home to prevent the spread of the COVID-19 coronavirus disease.

Meanwhile, a growing number of Nevada nurses, doctors, firefighters, and other first responders who have been treating COVID-19 patients sought alternative housing arrangements to prevent the spread of the virus to their own family members or housemates.

In early April 2020, Facebook users began sharing posts with the claim: "All Las Vegas hotels have donated food and rooms for emergency personnel except for one: Trump International Hotel Las Vegas." Additionally, one Twitter user posted the statement with a photograph of the Trump hotel.

We received numerous inquiries at Snopes asking about the veracity of the claim. Firstly, the Trump Organization — which owns the Trump International Hotel Las Vegas, as well as six hotels in other cities and a dozen U.S. country clubs — does not appear to be offering rooms nor donating food to Las Vegas first responders. According to a ProPublica investigation, which analyzed all of the organization's properties, no evidence suggests the group is offering to help people who are the frontlines of the global pandemic.

"It is possible that the Trumps have engaged in unseen acts of charity connected to the pandemic," the ProPublica story reads. "The Trumps, however, have not been known to hide deeds for which they might receive favorable public attention."

According to the investigation, the Trumps’ 64-story, 1,282-room hotel in Las Vegas closed its doors in mid-March, complying with the governor's order. A person who answered the hotel's main phone number on April 13 confirmed with Snopes that the hotel remains closed. The person said no one was available to take media inquiries nor comment on whether the hotel was donating rooms or food.

Across the city, the abrupt shuttering of hotels and casinos in late March "provided huge quantities of unused food to the area’s Three Square Food Bank," which helps low-income people get meals across Southern Nevada.

The nonprofit's chief operating officer, Larry Scott, told ProPublica that it has received big donations from "most all" of the area hotels and casinos — including MGM, Wynn, Boyd Gaming, Station Casinos and Caesars, among others — but it has never received donations from the Trump Hotel. “No, they have not been a donor,” Scott told ProPublica.

But here's where the viral claim about Las Vegas hotel donations lacks truthfulness: Not all of the city's hotels have opened up rooms for first responders to quarantine themselves away from family or roommates, nor have they all donated food. An Extended Stay America, for example, is in that group.

According to the Las Vegas Convention and Visitors Authority, at least 148 hospitality businesses offer short-stay rooms downtown or near the strip in Las Vegas. Combined, hotels and motels citywide maintain 149,158 rooms.

Of the total amount of hospitality properties in Las Vegas, 36 are opening rooms up to medical staff and first responders in light of COVID-19, a representative of the American Hotel & Lodging Association’s Hospitality for Hope program told the Las Vegas Review-Journal for one story. Others could be making donations on their own, too.

For example, Diamond Resorts, which runs Polo Towers, Cancun Resort, and Desert Paradise Resort in Las Vegas, said it is offering free rooms for healthcare workers and first responders, donating food and supplies to local food pantries, and offering up parking lots for COVID-19 testing. "We are proud to support them the best way we know how — by saying thank you and providing them with a home away from home," Diamond Resorts CEO Mike Flaskey and staff wrote in a statement. Marriott has also committed $10 million in hotel stays for nurses and doctors nationwide, including in Las Vegas.

Neither the Las Vegas Hospitality Association nor the Nevada Hotel and Lodging Association responded to Snopes' requests for comment.

In public briefings, U.S. President Donald Trump has applauded private companies across various sectors — including Ford, 3M, and General Electric — for their promises to ramp up the production of equipment to fight the virus. "It’s been really amazing to see these big, strong, powerful — in some cases, very small companies, family-owned companies, step up and make a lot of great product for what we’re going through and what we will continue to be going through for a while," he said in a late-March briefing.

And on April 5, the White House praised the private hospitality industry, specifically, by tweeting a "thank you" to hotels nationwide that are providing rooms for healthcare workers and first responders.