Did Larry the Cat Outlast These British Prime Ministers?

The chief mouser to the Cabinet Office has made a significant impact on 10 Downing Street. 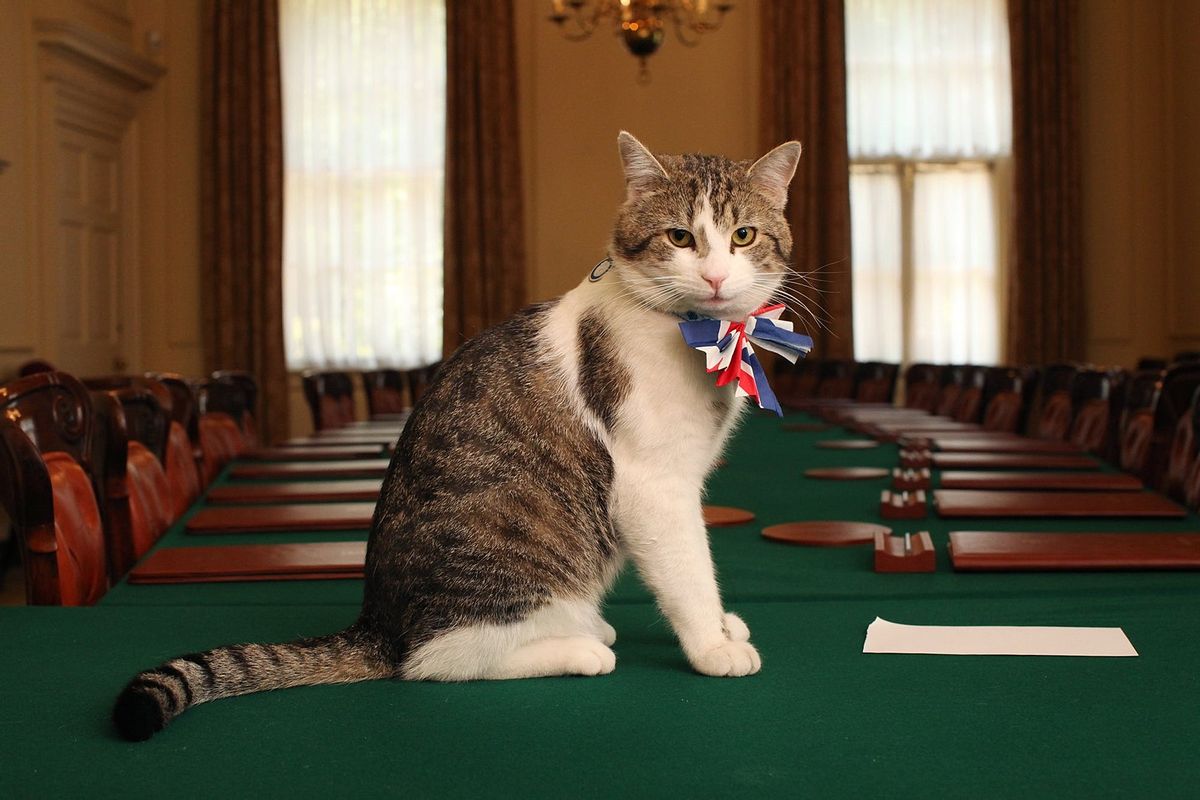 Image Via Her Majesty's Government/Wikimedia Commons

Claim:
Larry the cat, who resides in 10 Downing Street, has outlasted the past three prime ministers of the United Kingdom, as of July 2022: Boris Johnson, Theresa May, and David Cameron.
Rating:

Even though the timeline for Boris Johnson’s replacement has not been confirmed, Larry is expected to still be at 10 Downing Street when the new prime minister takes office.

The reporting below reflects facts as of July 2022. When Liz Truss resigned months later, on Oct. 20, we published a new story about Larry outlasting four, not three, British prime ministers.

Being the first cat of the United Kingdom is not an easy job, especially when you have to deal with a revolving door of prime ministers. In July 2022, U.K. Prime Minister Boris Johnson announced his resignation as Conservative Party leader – and eventually as prime minister – after a series of scandals, and a collapse in support from his government ministers.

While Johnson announced he would stay on until a replacement was selected, someone else will have a longer tenure than him:

Larry the cat has been in residence at 10 Downing Street since Feb. 15, 2011, according to the British government’s official page, and was the first cat to hold the title of Chief Mouser to the Cabinet Office. He was adopted from Battersea Dogs & Cats Home. According to the official government website, he has many roles:

He has captured the hearts of the Great British public and the press teams often camped outside the front door. In turn the nation sends him gifts and treats daily.

Larry spends his days greeting guests to the house, inspecting security defences and testing antique furniture for napping quality. His day-to-day responsibilities also include contemplating a solution to the mouse occupancy of the house. Larry says this is still ‘in tactical planning stage’.

Larry has also outlasted three prime ministers, assuming he will still be present at 10 Downing Street after Johnson leaves his role. He arrived toward the early part of David Cameron’s tenure from 2010 to 2016, was a part of the household through Theresa May’s time from 2016 to 2019, and is expected to outlast Johnson’s tenure in the office.

Cameron was believed to have a chilly relationship with Larry, and he posted a picture of the cat in his lap in an effort to dispel such rumors. May also hinted that she was more of a dog person.

While a timetable for Johnson’s replacement had yet to be confirmed as of this writing, it took several weeks before he took over from his predecessor May. Larry himself has not commented on the upcoming changes.

Meanwhile, Larry is expected to be waiting in 10 Downing Street and will likely be unimpressed with whoever is the new occupant.

Syal, Rajeev. “How Will a New Tory Leader Be Chosen?” The Guardian, 7 July 2022. The Guardian, https://www.theguardian.com/politics/2022/jul/07/how-will-a-new-tory-leader-be-chosen-prime-minister-boris-johnson. Accessed 11 July 2022.