Does This Video Show an Abnormally Large Leatherback Turtle?

A video of a large leatherback turtle on a beach provided a misleading impression of the animal's true size. 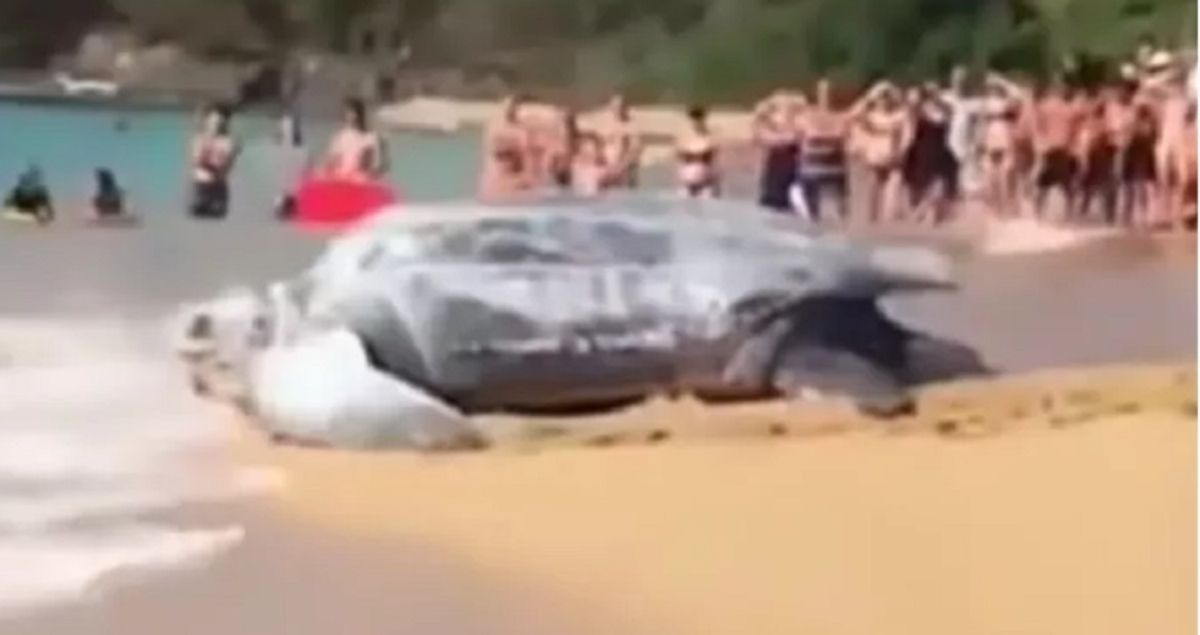 Claim:
A video shows an abnormally large leatherback turtle on a beach.
Rating:

A video purportedly showing an enormous leatherback turtle making its way across a beach to the ocean caught our attention in August 2018:

This video has been online since at least May 2018, when it was posted to Facebook by "Colonel DUDU Fils Inspiration." That posting was followed by numerous comments claiming that the animal was impossibly big, that the footage had been digitally manipulated, or that the video was another example of forced perspective.

Leatherback sea turtles are the largest turtles on earth, growing to upwards of 7 feet in length and one ton in weight. The largest leatherback ever recorded was just shy of 10 feet long and weighed more than 2,000 pounds (although some debate still exists over the accuracy of these measurements). While it's difficult to determine the exact dimensions of the turtle featured in the video seen here, it certainly appears that the subject might be a contender for the largest turtle in the world title.

However, looks can be deceiving.

A second video of this turtle making its way to the ocean that was posted by Facebook user Eric Laurent provided a more clear look at the size of this turtle. Laurent said that his video was taken on a beach called "Les Perles" in Guadeloupe, a French overseas region in the southern Caribbean Sea:

We compared the people visible in the background of these videos to confirm that they indeed captured same turtle making a journey to the sea. Although these clips show the same animal, the turtle's size appears drastically different between the two videos. Why the size discrepancy? Our best guess is that the first video was filmed with a longer lens and at a further distance than the second video. Longer lenses tend to compress depth in photographs, making objects in the background (the crowd of people) appear closer to objects in the foreground (the turtle) than they actually were. In this case, that phenomenon created the impression that turtle was abnormally large.

Laurent posted a second video from the same day which presumably showed the same turtle:

This viral video truly does show a large leatherback turtle, but it also likely left many viewers with a false impression of the animal's size.